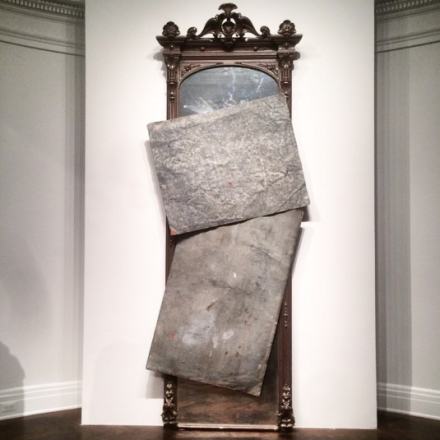 When it was announced that Mnuchin Gallery would host an exhibition of artist David Hammons’s work this year, anticipation was understandably high.  The reclusive artist’s work is rarely given this expansive stage for historical examination and the contextual impact of his work.  Spread out across the gallery’s two-floor townhouse exhibition space, Five Decades examines just that, Hammons’s expansive and formally elusive career working at a unique juncture of the avant-garde. 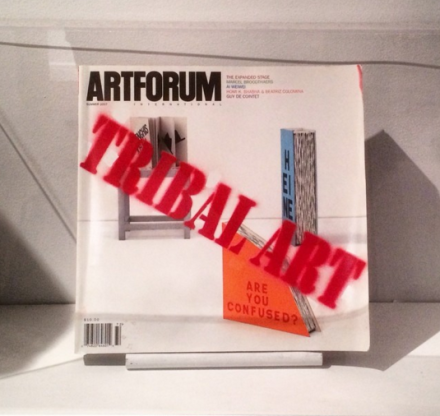 The survey exhibition’s focus is nothing short of a museum-quality show, with careful attention paid to each work’s historical resonance and its relation to Hammons’s aesthetic development, played against his interests in the historical and political context of his practice.  Much like the crux of Hammons work, the show is economical in the highest sense of the word, condensing down the essential facets and themes of his practice to a handful of objects.  Mirroring his interest in the spare aesthetics of Zen Buddhism and Japanese spirituality, the lines of inquiry drawn through the show move through individual objects, unifying his work through inflections of a shared narrative space or sense of cultural mythology. 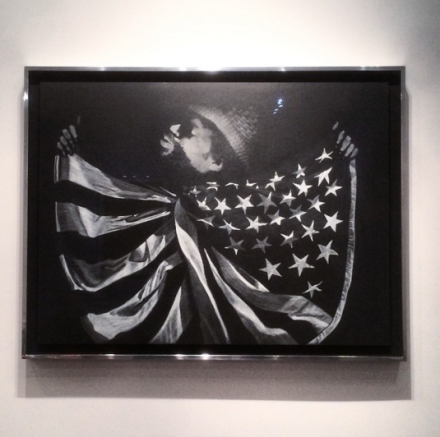 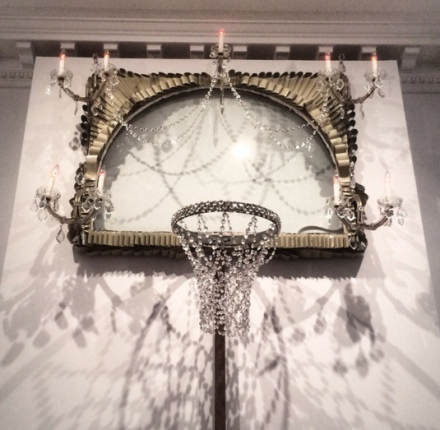 Perhaps most impressive is Hammons’s ability to move between succinct, socially-embedded performance, and complexly layered, gallery-focused art that negotiates a fine line between baroque ornamentation and potent symbolic gesture.  This duality is equally what makes the Mnuchin Gallery exhibition so impressively curated.  Photos of site-specific installations and performances, like his nuanced Untitled (A Mobile Garden), play on eastern signifiers and the shadow of mass industry in an immediate framework, combining Eastern implications with his own brand of distinctly American materialism.  Elsewhere, Tatami Offering turns the similar meditative practices of Eastern spirituality back towards the overgrown lots of urban America.  These are countered with pieces like his iconic basketball hoop candelabra, or a looped assemblage of liquor bottles, which seem to present a brand of African-American experience that is both critiqued for its stereotypical obviousness and its brisk social implications. 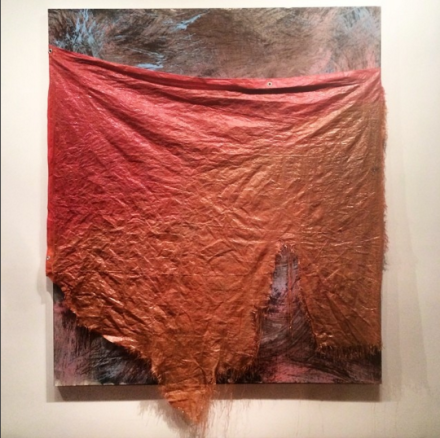 Considering these points, it’s notable to consider the artist’s embrace of a honed anonymity, rarely appearing in public in connection with his work.  The resulting aura of the artist’s work, and the careful fusion of elements and cultural touchstones compliments his rare public sightings, as if the work itself had emerged from the landscape around it.  Like Duchamp (who Hammons both playfully lampooned and idolized with his The Holy Bible: Old Testament), the artist’s manipulated identity allows the work to emerge in closer affinity to its material context, as if some of his publically performed pieces sprung from a sudden inversion of natural and cultural forces.  Countered with his gallery works, which carry a more distinctly authorial hand, Hammons presents his practice as a mediated exchange between art history, his own subjectivity, his materials, and the framework in which these elements encounter each other.  Distilled down to its essence at Mnuchin Gallery, his equally poetic and critical sense of space,  history and identity is breathtaking.

Five Decades is on view through May 27th. 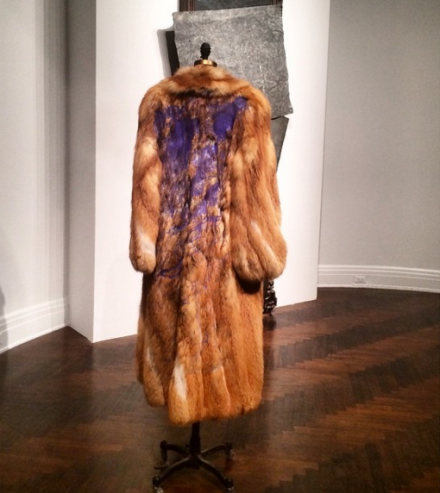 This entry was posted on Sunday, May 15th, 2016 at 12:00 am and is filed under Art News, Featured Post, Show. You can follow any responses to this entry through the RSS 2.0 feed. You can leave a response, or trackback from your own site.