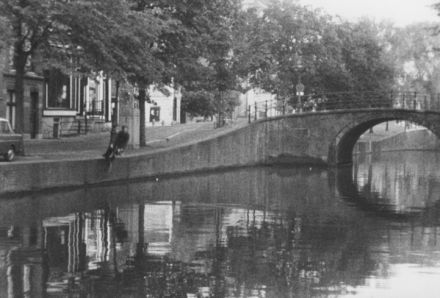 Shown in conjunction with the recently closed exhibition at Metro Pictures in New York, London’s Simon Lee Gallery is currently showing a selection of landmark video works and photographs by Dutch conceptual pioneer Bas Jan Ader, whose short career ended 40 years ago this year.  Memorializing the artist across this series of pieces, the show underscores Ader’s ability to function along multiple theoretical lines and historical modes at once. 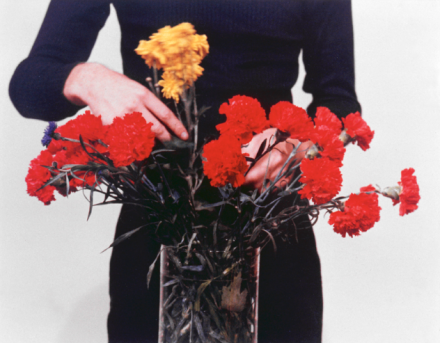 The show prominently focuses on a series of Ader’s “falling” works, pieces in which the artist fuses the slapstick mannerisms of early cinema with studied engagements with art history.  The pieces, including his infamous Fall 2, Amsterdam, in which the artist plunges into the canals of the city, often engage subtle details of place in conjunction with studies in time and tension.  These are images charged with anticipation and movement, always building towards the collision of materials that underscore gravity’s dominion over the artist’s body. 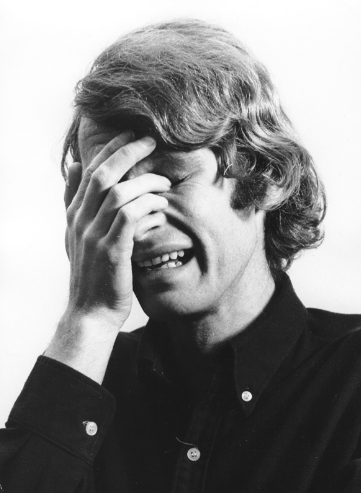 This interest in physical force, and the application of the artist’s body in the negotiation of these moments, betweens stillness and movement, action and reaction, is used in turn to explore relations of the event with broader formats and threads of art history.  At the core of these works at Simon Lee is a continued exploration of the work of Piet Mondrian, an artist who Ader would frequently revisit as a touchstone of his practice.  Broken fall (geometric), Wekstkapelle, Holland, for instance, sees Ader posing near a black sawhorse, ultimately toppling over as the Westkapelle looms in the distance.  This landmark, appearing frequently in Mondrian’s early work, allows Ader to pose a juxtaposition between the modernist painter’s early and late work, where landscapes and specific scenes gradually give way to raw geometric investigation.  His body, rendered as a raw element between the black line of the sawhorse and the gentle lines of the scene around him, is posed as an element of negotiation, combining pictorial references with the actual cinematic rendering of the scene. 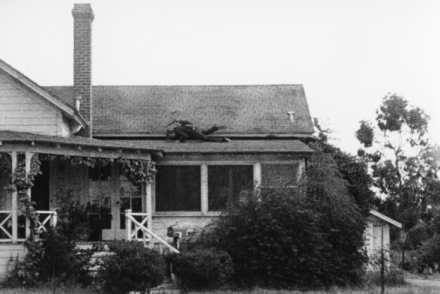 Ader’s work on view sees the artist continually inserting his own body into logics of composition, control and representation, utilizing his own human form as a way to engage with the respective histories of painterly and sculptural history.  Yet simultaneously, his pieces often engage with his own act of participation, tracing shared threads between artists.  In his continued references to Mondrian, one can see Ader reflecting on a thread of modernism that he, as a Dutch artist, is firmly entrenched in.  Ader’s work in Primary Time, working among elemental colors (in the form of colored bouquets) much in the way that his progenitor Mondrian did, shows an artist working within a locally-focused discourse, repositioning his own work as grounded in the language that Mondrian himself used and furthered.  In this sense, Ader’s pieces are as much an examination of artistic speech as they are a speech act in their own right, drawing on the history and theory of his own nation’s avant-garde to examine new possibilities and media forms. 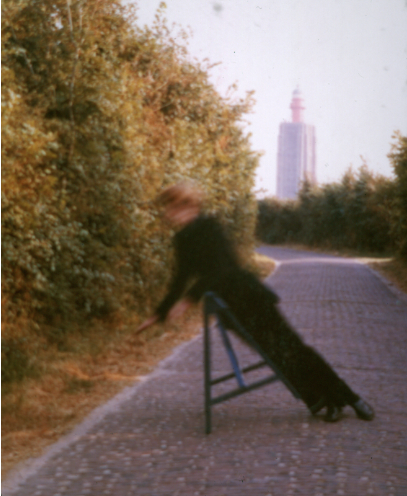 The show also includes a series of the artist’s photographs, exploring a similar compositional approach as Primary time, where colored bouquets are presented in series that play on the concept of the serial in conjunction with his practices in this new media form.  This negotiation of the plastic arts with time-based modes of depiction underscore the mastery Ader achieved during his short career, and make his body of works on view feel all the more vital.

The show closes on August 26th. 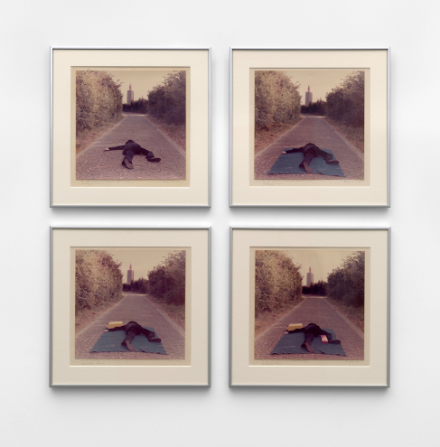 Bas Jan Ader, On the road to a new Neo-Plasticism, Westkapelle, Holland (1971), via Simon Lee

This entry was posted on Monday, August 22nd, 2016 at 8:32 am and is filed under Art News, Featured Post, Show. You can follow any responses to this entry through the RSS 2.0 feed. You can leave a response, or trackback from your own site.