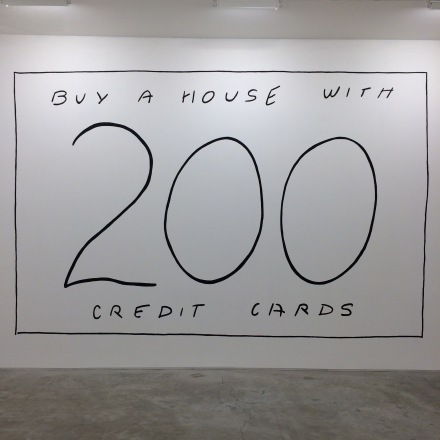 Taking the currently fraught political climate in the U.S. as a starting point for a deeper reflection on national and local history, James Fuentes’s summer group show offers a fitting cultural parallel in the early years of the 1980’s in New York City.  Charting the era’s conservative economic and foreign policies, the exhibition, curated by Andrew J. Greene & James Michael Shaeffer, brings together works by Nayland Blake, Jessica Diamond, Peter Halley and Robert Morris executed between 1982 and 1984.  Recording and critiquing a range of social and economic crises during the era, the show is a subtly resonant look at the deeper histories of cultural critique in the city, and the role artists have played in this process. 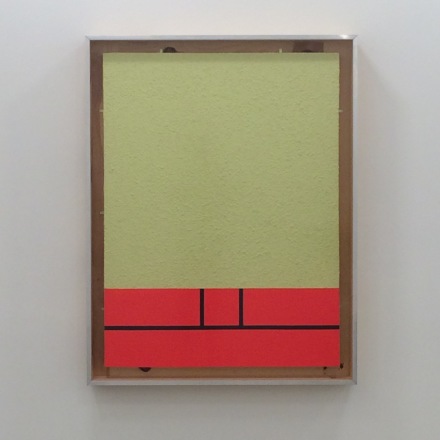 Treading through a wide, yet concisely exercised range of themes, Bad Faith manages to reflect much of the era’s tense political discourses in a minimum of objects.  The AIDS crisis looms particularly large, with pieces by Nayland Blake and Robert Morris both presenting reflections on the deaths of thousands of New Yorkers as politicians remained silent.  In Blake’s works, small-scale dioramas reinterpreting the writings of Marquis de Sade, identity politics are transformed into set pieces that reflect the increasingly politicized body in an era where the deaths of marginzalized communities was willfully ignored.  A similar thread appears in Robert Morris’s work, MOMORIA (For Alan Buchsbaum, dead March 21, 1986, from Pneumocystis Carinii Pneumonia).  Memorializing the famed architect through what appears to be an etching of a lung, capturing the sense of bodily decay that defined the deaths of so many in New York’s creative communities during the era, and turning the abstracted cultural response to AIDS into a more concrete, physical image. 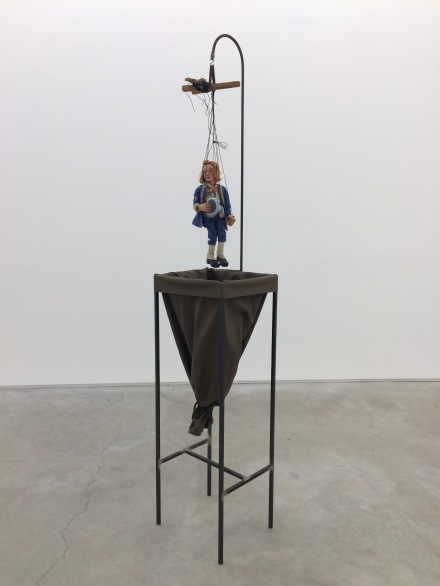 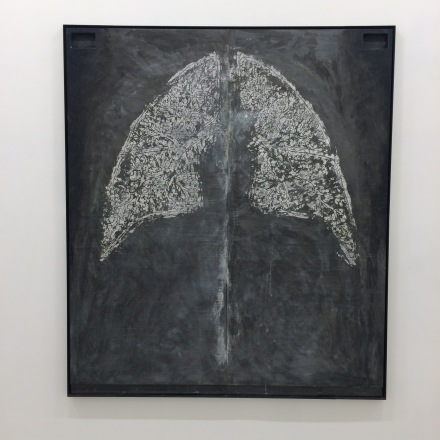 Elsewhere, the show takes on the era’s increasingly rigid hierarchies of wealth and status driven by the decade’s deregulated economic system and culture of greed.  Peter Halley’s works in the exhibition, positioning the canvas or paper as a reflection of plans for luxury sub-divisions (in which “nature” is satirically labeled outside each boxed-in home), makes a tacit tie-in between the art object and the luxury culture that often undergirds it.  Bitterly satirizing the arrangement of space inside these sterile environs, Halle’s work draws on the bland surfaces and iconographies of the modern condo or luxury loft as a model to reflect its own modes of isolation and consolidation of wealth.  By contrast, Jessica Diamond’s immense wall drawing, No Money Down, translates this sense of financial and real estate speculation through references to suspect real estate practices and financial manipulation.  Offering the most coherently direct voice from the era, her work serves to animate the rest of the show in turn, presenting a sort of environmental awareness of the era’s winner-take-all mentality. 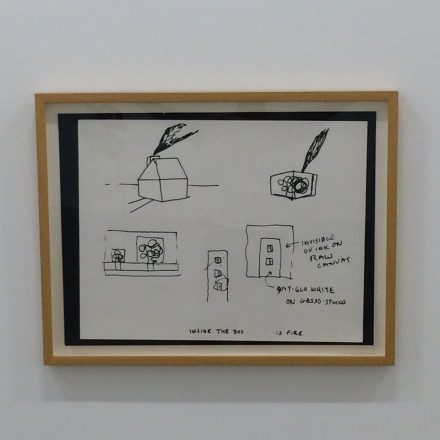 Peter Halley, Inside the Box is Fire (1981), via Art Observed

Throughout, these cultural forces and images trade off in terms of subjects and concepts, yet frequently see their themes and subjects co-mingling.  The emphasis on Alan Buchsbaum’s death, for instance, a designer at the core of the era’s new luxury movement, is presented alongside a tacit awareness of the architectural forms he introduced into the world.  Conversely, one can trace the pervasive impacts of AIDS across the city’s landscape, seeing how the disease touched so many despite so many’s decision to marginalize those suffering and dying.  It’s this sense of interconnectedness, and the often solipsistic response of those in power during the era, that makes the show so effective, particularly in the context an election year so marred by appeals to xenophobia and hate.  Working with these historical contexts, the show’s curators have made a striking tie to the present, refreshing the works with a potent sense of urgency. 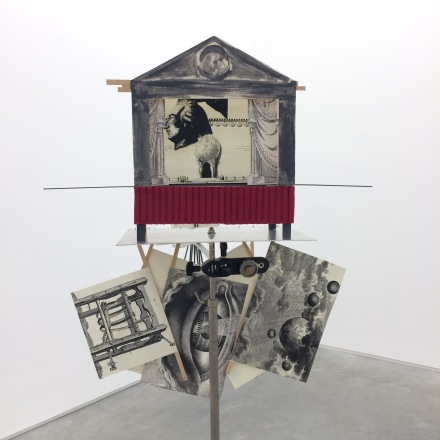 Nayland Blake, The Tabletop Production of Philosophy in the Bedroom, (1991-1993), via Art Observed

This entry was posted on Tuesday, August 30th, 2016 at 12:47 pm and is filed under AO On Site, Art News, Featured Post. You can follow any responses to this entry through the RSS 2.0 feed. You can leave a response, or trackback from your own site.