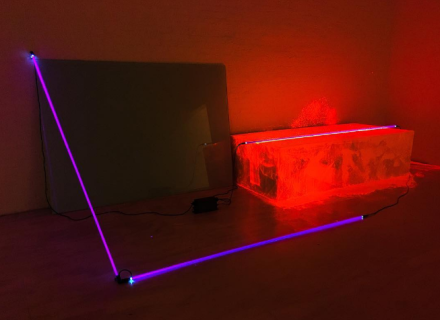 Celebrating the forty year history of its residency at the school building in Long Island City, MoMA PS1 has launched an impressively expansive exhibition reflecting on the history and continued vitality of the alternative art spaces movement in both its impact on the history of 20th Century art, as well as its resonance in the field today.  Culling together a diversely focused but attentively arranged group of artists, FORTY presents a series of studies on the voices of the 1970’s New York art community, and its broader connections to the changing face of contemporary art during the era. 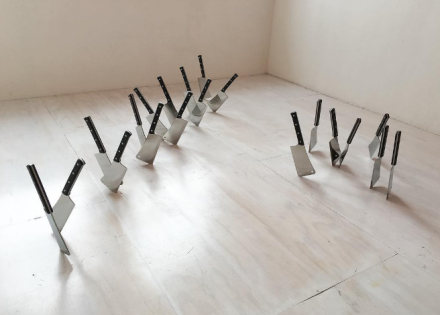 Spread across the second floor of the Museum, FORTY offers a deep view of the decade’s shifting focus towards institutional inquiries, spatial studies, and investigations of the capacities for the art field itself, pushing beyond the formal abstractions that followed in the decade before.  Richard Nonas’s Alligator (with side-men) (1976/2016), for instance, spreads an “I” shaped series of wooden beams through multiple floors, using the work as a sort of metric to divide and mediate the space of the gallery. 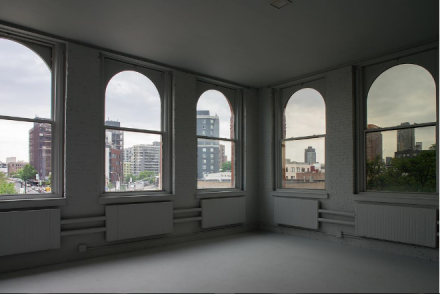 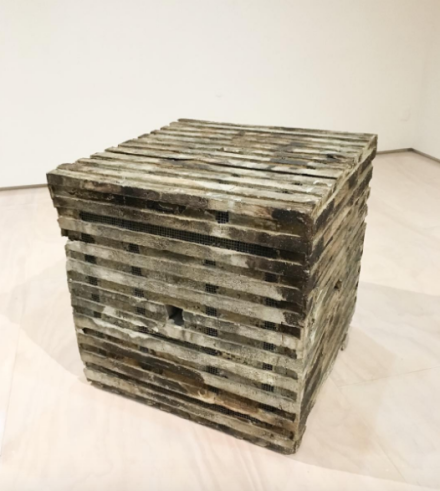 This sense of the architectural extends outwards from the gallery space as well, examining how the mode of art practice can be used to transform conditions in the world outside the gallery.  Documentation of Mary Miss’s Perimeters/Pavilions/Decoys (1977-1978), a surreal earthwork excavating a chamber in the center of an open field, is included, underscoring the use of land and the forms of spatial division to create open sites, unexplained configurations that function as a critical investigation of both construction and the commissioning institution (which remains somewhat removed from the site itself).  This piece finds an echo in the rarely seen Fake Estates collages assembled from an incomplete series by Gordon Matta-Clark.  Purchasing small plots of land like gutters, small alleys and other slivers of property auctioned off by the government, Matta-Clark’s piece traces the use of conceptual practices in the actual landscape of city planning and real estate, taking control of small fragments of the city landscape that remain somewhat unusable, and turning them into sites for potential artistic practice. 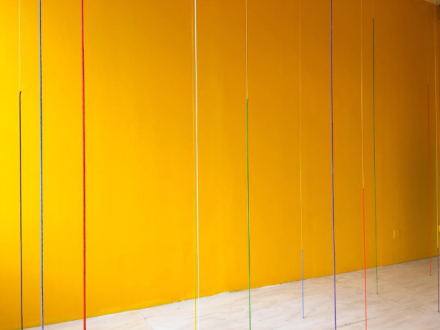 In that sense, there’s few works the speak to the continued vitality and changing face of the independent spaces movement, and its relationship to the urban landscape around it, than the room holding Doug Wheeler’s untitled piece, an elegantly simple work drawing on the Light and Space artist’s abilities to create gently shifting light environments with minimal intrusion.  Covering each window with gradually darker shadings (while leaving one window on the other side open with no glass), the artist’s piece is a fitting reflection on the history and context of PS1 today.  Gazing through the work, one can see the changing face of Long Island City itself, factory buildings reclaimed as high-end offices, construction on new condo buildings and offices underway, and the ubiquitous taxi garages spreading out around the museum.  Viewed through Wheeler’s work, one can see the borough’s longtime industrial hub joined with PS1’s own history, art and landscape, both bound up with the histories and future of its neighborhood. 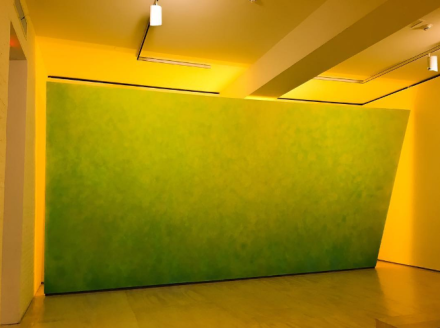 This entry was posted on Friday, August 26th, 2016 at 12:27 pm and is filed under Art News, Featured Post, Show. You can follow any responses to this entry through the RSS 2.0 feed. You can leave a response, or trackback from your own site.