Berlin – Omer Fast: “Talking is not always the solution” at Martin-Gropius-Bau through March 12th, 2017 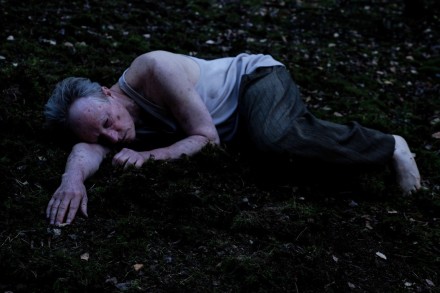 Omer Fast, Still from August (2016), All images via Martin-Gropius-Bau.

Now through March 12th, the Martin-Gropius Bau presents the first large solo exhibition of the work of Omer Fast, compiling seven of the artist’s projects from the course of his career, including CNN Concatenated (2000), Looking Pretty for God (after G.W.) (2008), 5000 Feet is the Best (2011), Continuity (2012), Everything that Rises Must Converge (2013), Spring (2016), and a new piece entitled August (2016).  Fast’s art straddles the border between fiction and fact, probing the concept of reality created by one’s own personal narratives versus that created by media or collective narratives, often allowing the two poles to co-mingle and blur together.

The seven films on view are situated among a series of ideologically charged spaces: a doctor’s clinic, an airport lounge, and an immigration office.  The Berlin-based architects Studio Miessen, in collaboration with scenographer Heike Schuppelius and Studio Mahr, constructed these spaces along with the printed matter that accompanies the show.  A freely-distributed tabloid magazine litters the entire scope of the exhibition and doubles as a catalogue, allowing each space to reflect passive zones in which political and ideological consumption is frequently mirrored in physical architecture.  Each waiting room corresponds to a certain mode of the artist’s frequently visited subject matter; death, loss, and purgatory, with each space also serving as a backdrop for the content of the respective film that it frames. 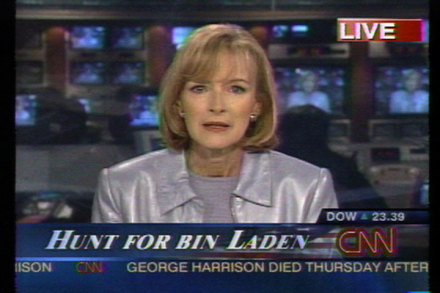 Another screening room presents Spring (2016), a portrait of two young German men presented on five interconnected screens. The narrative moves backward and forward in time, presenting an uncanny and bizarre sequence of events that only gradually fit together.  This piece is accompanied by Continuity (2012), which follows the story of a young German soldier returning home after serving in Afghanistan.  The familiar domestic setting begins to break down as anomalies and ghosts appear, and it soon becomes unclear whether this couple has suffered an actual loss or if they are performing an obsessive ritual that keeps them together. 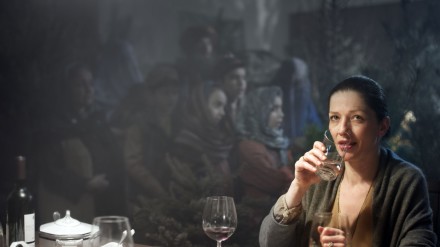 In addition to the range of fictional and constructed narratives presented here, many of Fast’s more documentary-inclined work is also presented.  Everything that Rises Must Converge is a four-channel digital film that follows four adult-film performers through their everyday life. Fictional footage is interspersed with documentary material to tell the story of the adult film industry through a director who turns trauma into art, a husband and wife in the middle of a crisis, and an actress questioning her own role in these films.  5000 Feet is the Best, by contrast, is based on conversations with a U.S. Predator drone operator, recorded in a hotel in Las Vegas. The film moves between documentary footage and reenactment, screened in a re-creation of an airport lounge. 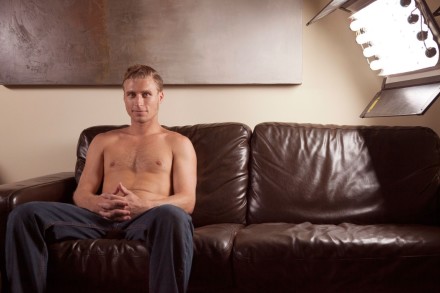 Omer Fast, Still from Everything that Rises Must Converge (2013)

This comprehensive solo exhibition of Omer Fast’s work is immersive and, at times disorienting, much like the realities that it seeks to explore and/or mirror.  From the manufactured tabloids to the hours of film footage to view, this show successfully illustrates the imperative behind its title, while equally delving into the moments of silence that intersperse the developments of political and social identities in the modern world. 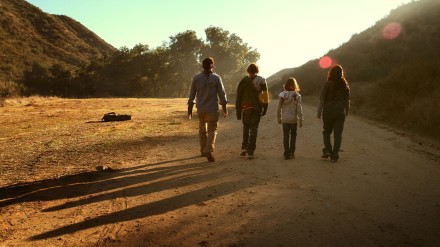 This entry was posted on Tuesday, January 24th, 2017 at 12:07 pm and is filed under Art News, Featured Post, Show. You can follow any responses to this entry through the RSS 2.0 feed. You can leave a response, or trackback from your own site.