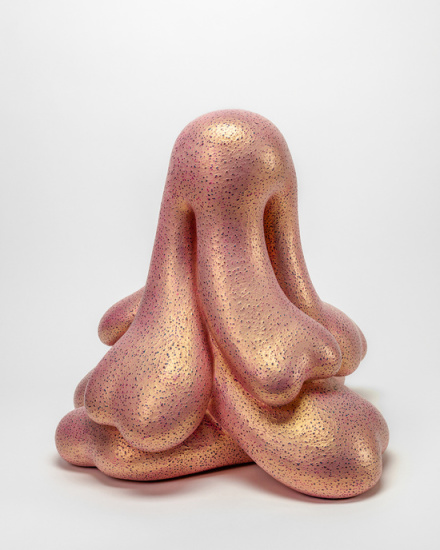 Spanning the range of Ken Price’s career and formal interests in equal measure, Hauser & Wirth London is currently dedicating an expansive show to the American artist, from his early work in California on through a series of cups, vases and abstracted forms that underscore his relentless formal invention.  Shown in conjunction with the artist’s famously comical, graphic watercolor works, the show is an impressively deep survey of Price’s work and process. 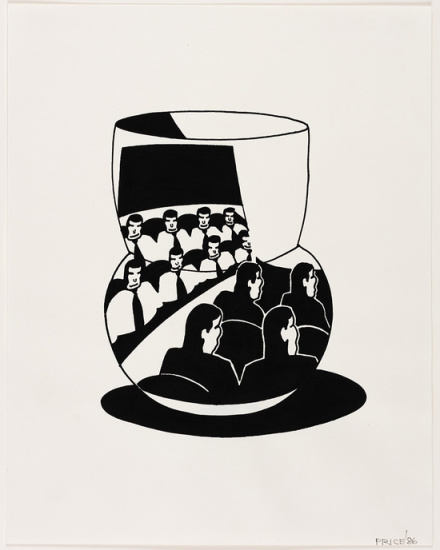 Ken Price’s work underwent countless evolutions over the course of his 50+ year career.  Drawing early influence from the vivid, distended surrealism of the Bay Area’s funk movement during the 1950’s and 60’s, Price took that same sense of the form susepended in indeterminacy, and pushed it towards the language of pop, often drawing on a wide range of graphic arts.  Cityscapes contend with abstract forms, or incorporate sudden inflections of the real into his pieces.  One of the show’s earlier works, Snail Cup, for instance, pushes the utilitarian ceramic form to a compellingly surreal point with its conical, swelling base and warped dimensions.  Yet the work’s lone snail, climbing up the side of the work, manages to twist the presentation of the work towards a new end, one that incorporates a sense of the painterly still-life. 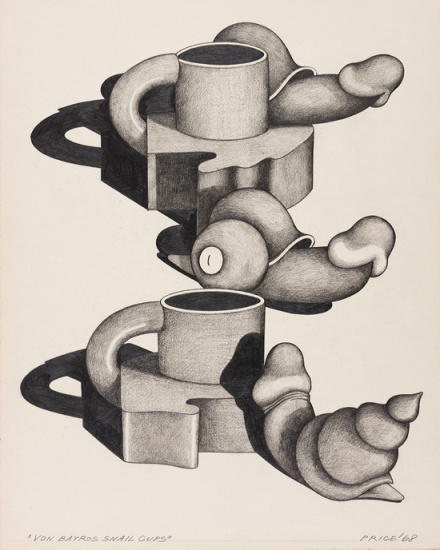 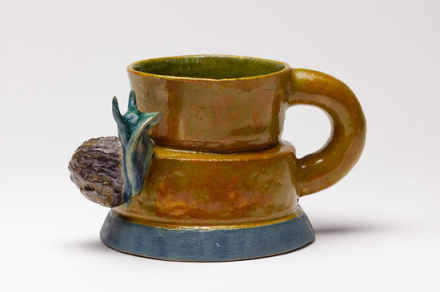 Price’s pieces are masterful at working through these varied investigations of the ceramic object, and his frequent return to shared images and themes offers a perspective on the artist’s deep and continued engagement with his own body of works. Of particular interest here are a series of ceramic works, which draw on previous forms and imagery from other bodies of work in Price’s career, or vice versa.  In one comical drawing, his Snail Cup is twisted more aggressively towards the otherworldly, as massive, phallus-headed snails wend their way past his cups.  In others, he repeats the overlapping patterns of the city-scape on the surfaces of vases and cups, or proposes even more striking designs on paper.  In one untitled drawing, Price uses the ceramic form to create a subtly distorted sense of perception, warping a series of audiences into a swirling visual pattern. 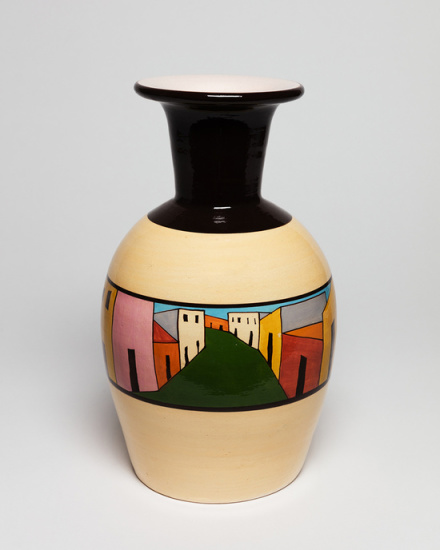 This continued experimentation, both with his materials and images, traces an ongoing thread for Price, an interest not only in the potentials and limitations of his chosen materials, but equally a fascination with how these materials can be used to create an internal universe out of his own work.  The shared experiences of his works manage to turn themselves inwards, forming an almost unbroken engagement not only with the cultural and environmental experience of life on the American West Coast, but equally with Price’s own interrogation of his surroundings and media.

Price’s work is on view through February 4th. 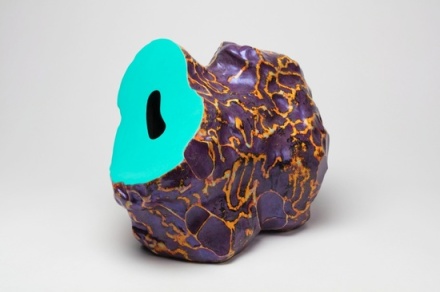 This entry was posted on Saturday, January 21st, 2017 at 12:42 pm and is filed under Art News, Featured Post, Show. You can follow any responses to this entry through the RSS 2.0 feed. You can leave a response, or trackback from your own site.