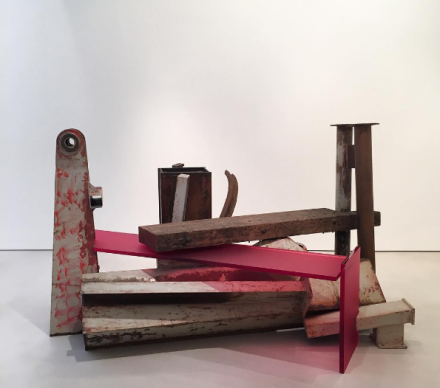 In the early years of his career, Anthony Caro worked on a series of twisting, enigmatic depictions of human and animal figures, works that owed much to the spatial interrogations of Picasso and the broader canon of 20th Century European abstraction.  The works are impressive in their understanding of the gestural and conceptual operations of the era’s avant-garde, but for Caro’s career, served in part as a starting point for his own engagement with space, not only on paper or canvas, but in three dimensions.  This engagement with the dual acts of perception and depiction, sight and operation, takes center stage at Mitchell-Innes & Nash this month, as the late artist’s final sculptures are shown alongside some of his first drawings and paintings, a rare opportunity to appreciate the range of evolution the artist reached during the course of his prolific career. 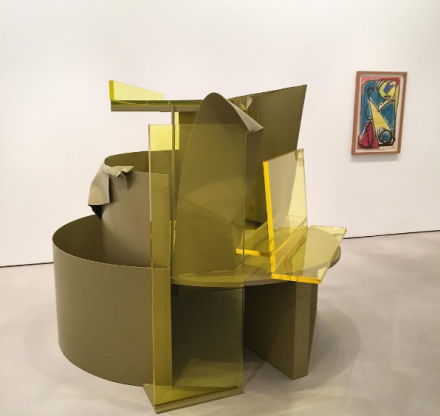 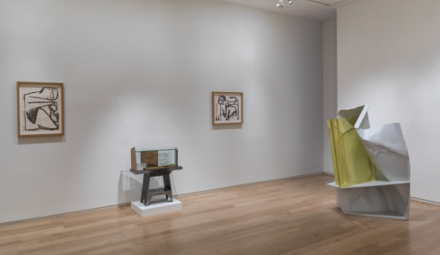 Caro’s final sculptures are masterworks in their consideration of each element and object in engagement with space itself.  From small-scale pieces to immense, monumental forms, each work twists its elements through space, often welcoming multiple circuits around the work to appreciate each inflection point.  Steel beams are sliced through and twisted, or left as brief spatial punctuations around the work, while elsewhere, holes and gaps are filled with softly colored sheets of translucent plastic, which bathe points and planes on each work in colored light.  Multiple lines of sight and points of access dance across each work, and are frequently complemented by the totality of the sculptural form.  One work, Autumn Rhapsody, for instance, takes on a circular form, but punctuates the twisting form with hard lines and planes that complicate any single point of view on the work.  Elsewhere, a piece titled Sackbut accents its small-scale with a single clear sheet of plexi, creating crossing vectors in the work’s arrangement.  Caro’s frequent act of cutting-through or repositioning movement in space realizes pieces that constantly break down easy readings of their construction and reassemble them, forming complex internal constellations of matter. 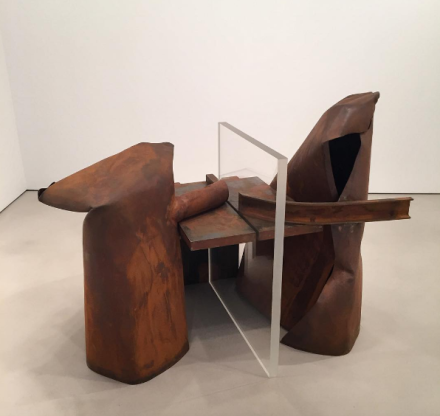 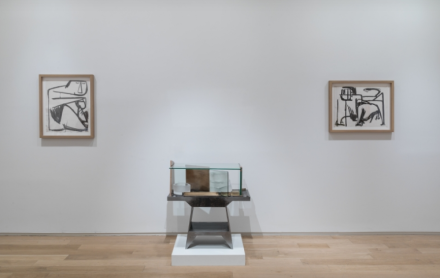 When taken into consideration with the artist’s drawings, often paired one-to-one in the exhibition, the show’s exceptional attention to his practice takes on its fullest form.  Reduced to two dimensions, Caro’s drawings retain this same sense of shifting attention, seeking the complex relations of matter through multiple angles and points of attention.  His drawings explore the body in space not as a figure in search of context, but as an experience in its own right, a series of points and planes that converge in a certain arrangement that is endlessly open to articulation and experimentation.  Through that framework, one can follow much of the aesthetic interests of the era’s avant-garde across a range of materials and media.  Its this perception of Caro’s work, and its particular context, that makes the show so historical and visually rewarding, an artist whose exploration and elaboration of his era’s formal concerns draws a clean line across so much of the work both before and after his own.

The exhibition is on view through February 4th. 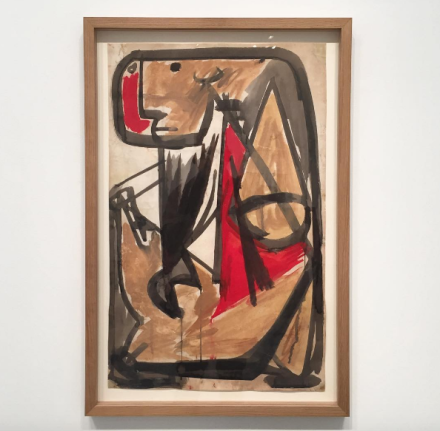 This entry was posted on Monday, January 23rd, 2017 at 12:07 pm and is filed under Art News, Featured Post, Show. You can follow any responses to this entry through the RSS 2.0 feed. You can leave a response, or trackback from your own site.