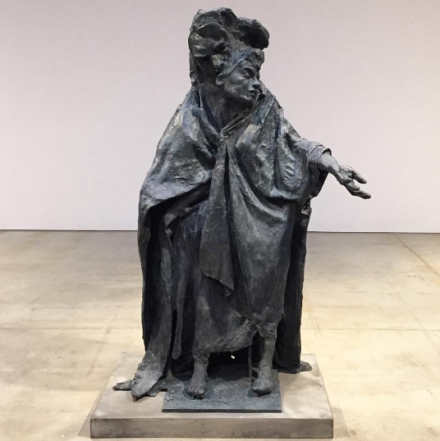 Liz Glynn, Untitled (after Balzac, with Burgher) (2014), via Art Observed

Spread across two rooms at Paula Cooper’s 21st Street exhibition space, artist Liz Glynn has installed an enigmatic series of sculptures, ranging in form and scale while playing on distinct threads of classical art history, and on the mechanical processes underlying these works.  Continuing a thread of the artist’s practice drawing on critical examinations of the art object, its historical contexts, and the aura conferred on it as a result, the exhibition is a striking, and occasionally comical, examination of function and form in both modern and historical practice. 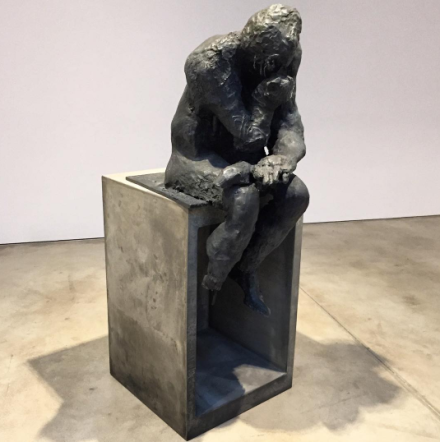 Glynn’s work here draws in particular on modes of working in the studio of Auguste Rodin, taking particular interest in the artist’s modes of reworking and cannibalizing previous works to complete his studied depictions of the human form, recasting and combining pieces from previous sculptures to reach completion.  Glynn takes this process as her starting point, using Rodin’s completed works as a point of entry.  Yet for Glynn, the act of accumulation becomes the focus of her works, and the process is in turn a generative agent in the final forms.  Recasting elements and pieces, then combining into a final piece, in each of the works, Glynn’s objects bear scratches and drips, and often appear somewhat distended in their final form.  Figures shrug or fold into their own bodies, emphasizing their formal distance from Rodin’s original pieces.  In one work, Untitled (After Balzac, with Burgher), the fusion of elements ultimately creates a dissonance in scale, with an oversized head (bearing slight distortions in form) twisting away from the rest of the body. 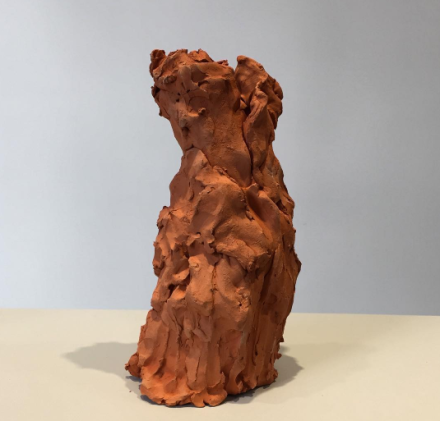 These momentary ruptures in form ultimately draw up strong points on the notions of authorship and history as material, twisting and recombining Rodin’s work in an echo of his original process.  Yet while Rodin sought to obscure not only the labor inherent in this act of fusion, Glynn leaves its dissonant elements readily visible, even going to far as to emphasize the group labor inherent in this labor-intensive sculptural process. The result are a series of works that mediate between their impressive form and scale, and the varied studio iterations and investigations that ultimately render them visible, drawing as much on the physical history of their construction as on the broader historical eras that each artist found themselves working within. 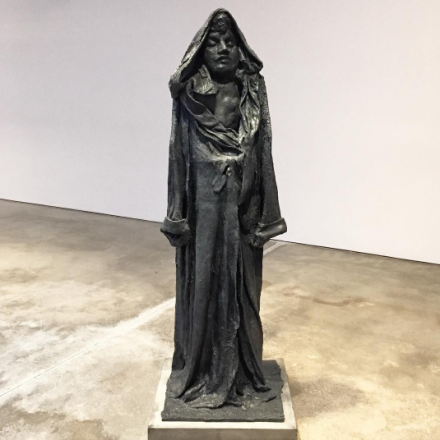 The exhibition also includes a series of small-scale sculptures on view in the gallery’s front room, less immediately figurative works that nevertheless seem to emphasize a similar process of combination and experimentation.  Labeled as Gestural Fragments, the pieces present just that, momentary gestures and experimentations in form that serve as a sort of underpinning architecture for the artist’s large-scale works nearby.  Taking the two sides in conjunction, Glynn presents a body of work that explores the artist’s hand in action, both in the studio, and in the annals of history.

Glynn’s work is on view through February 11th. 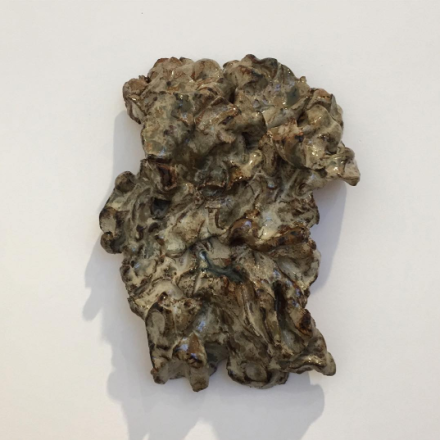 This entry was posted on Thursday, January 26th, 2017 at 12:27 pm and is filed under Art News, Featured Post, Show. You can follow any responses to this entry through the RSS 2.0 feed. You can leave a response, or trackback from your own site.