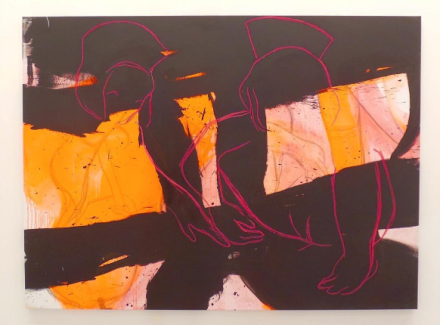 Taking over Hauser & Wirth’s temporary exhibition space at 548 West 22nd Street, Rita Ackermann is currently presenting a broad range of new works drawing on her ongoing investigations into the modes and structures of mainstream painting.  A relentless experimenter with the conception, construction, and presentation of the painted canvas, Ackermann’s work here spans a range of varied approaches that further her dual interrogations of the material bounds of the painting, and the gestural or technical conceits used in its realization. 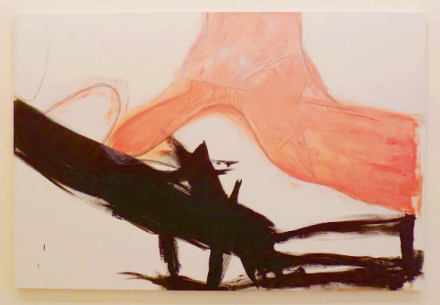 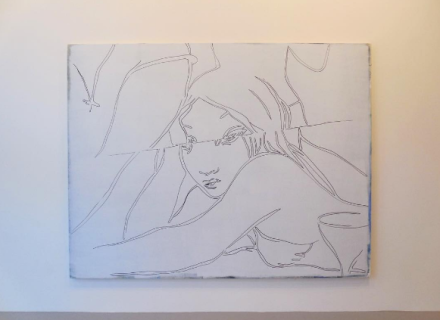 Ackermann’s work has frequently drawn on notions of the image and its referents as bound up within the artist’s own memory and cognition, with series like her Fire By Days works seeking to consistently operate within a narrow framework of execution.  Her work, prioritizing the act of painting in relationship with the objects used to create, uses her chosen parts to enter into a carefully negotiated whole.  Her Stretcher Bar series on view, for instance, uses voluminous amounts of paint, applied in a manner akin to classical abstraction, yet uses these violent gestures to outline and emphasize the physical elements ultimately supporting the artist’s work.  Emerging as ghostly crosses and hard geometric grids underneath the paintings themselves, her pieces turn the canvas into a constant reminder of the limits of her work, and the form they function within. 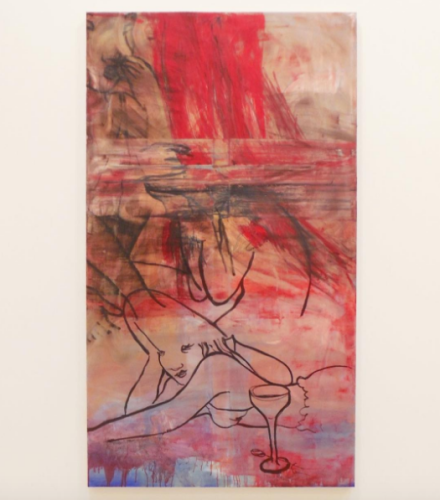 A similar, albeit more culturally-nuanced approach is presented in the artist’s KLINE RAPE series, a body of paintings that draw on her incorporation of iconographies and gestural techniques firmly rooted in the work of Franz Kline.  Turning this same formal language employed in her Stretcher Bar paintings towards a more concrete and singular reference point, Ackermann’s pieces draw on a more specific, and ultimately more resonant, series of associations. 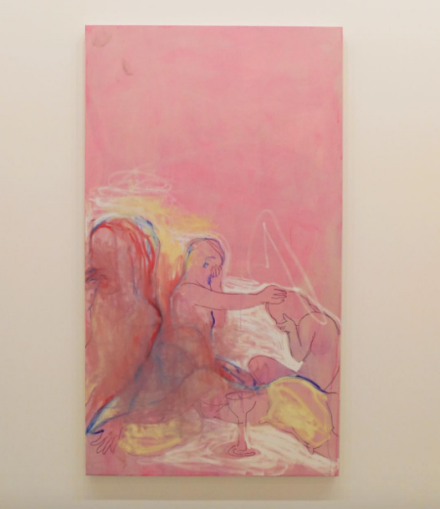 Yet it’s ultimately Ackermann’s own operations over and through these easily read signifiers that drive home the strength of her practice in the series.  Tracing bold renderings of the female form throughout these paintings, her works twist each mode of painterly operation towards an expanded sense of the female body, and its deployment in the constellation of modern painting.  Its historical context is striking, a sort of return to an emphasis on the feminine form and its long relationship to the act of painting, yet here set free in the language of abstraction and the varied gestural processes of the male-centric canon of the New York School.  The result is a sense of reinvigorated femininity, one inserted directly into the language and forms of 20th Century painting.

The exhibition is on view through January 14th. 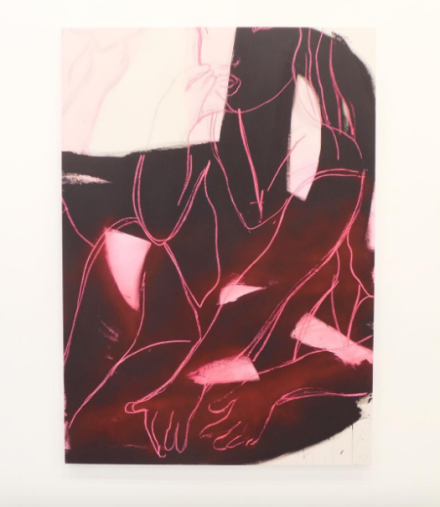 This entry was posted on Wednesday, January 4th, 2017 at 12:48 am and is filed under Art News, Featured Post, Show. You can follow any responses to this entry through the RSS 2.0 feed. You can leave a response, or trackback from your own site.