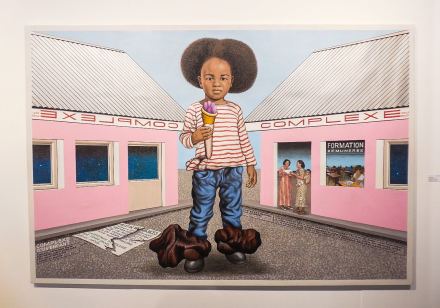 Returning to New York City for its third edition, the 1:54 Art Fair touched down at Pioneer Works in Brooklyn’s Red Hook Neighborhood this weekend, bringing with it a wide range of works drawing from the fertile landscape of contemporary African art practice.  Founded by curator Touria El Glaoui several years ago as a companion fair to Frieze in London, the fair has since grown to encompass fairs on both sides of the Atlantic, serving as a vital mouthpiece for contemporary African art and artists from across the continent. 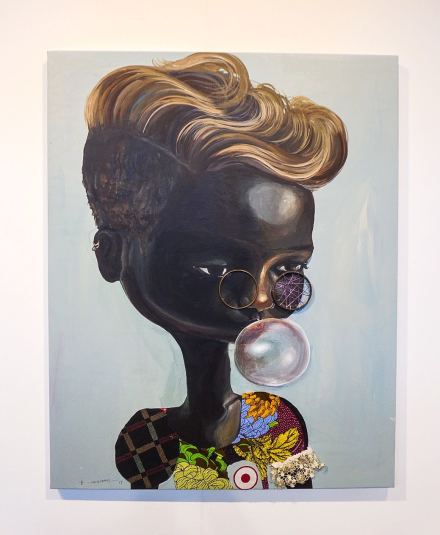 Ndidi Emefiele at the booth for Rosenfield Porcini, United Kingdom.

The fair’s offerings ran through a unique and vivid selection of works over the course of the fair, from imaginative figures by Ndidi Emefiele at the booth for Rosenfield Porcini, or a series of subdued photographs by artist Aïda Muluneh, which drew on their minimal, repetitive portraiture to create subtle changes in space and perception.  Painting also ran through a bold series of expressive forms, including artist Paul Onditi’s works at the booth for ARTLabAfrica, which drew on the language of photography as an alternative memory, mixing both technological elements with swirling mental landscapes.

The function and use of photography seemed to be an animating factor in the show more broadly, particularly in consideration of its broader body of special projects, which held a distinct focus on the medium as an act of both documentation, narrative and performance.  In one corner, the fair had compiled a body of photographs by renowned Malian photographer Malick Sidibé, whose work in Bamako in the years following the country’s independence served as a striking visual inspiration of a continent emerging from colonial rule. 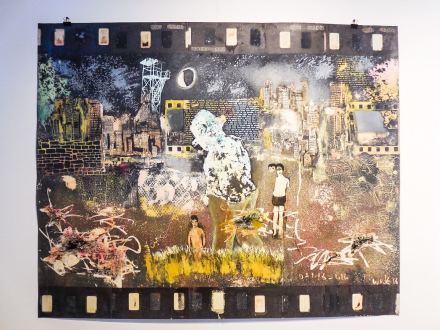 Paul Onditi at the booth for ARTLabAfrica, Nairobi, Kenya.

Also of note was a striking conceptual and historical counterpoint on the second floor of the fair in the work of Hassan Hajjaj, whose own body of portraiture work draws heavily on Sidibé’s own documentation.  Covering his sitters in hand-designed clothes and posing them in vividly colored backdrops and evocative scenarios, the artist’s work is a captivating fusion of images, a hyper-stylized series of cultural images literally draped over the shoulders of his friends and sitters.  Elsewhere, artist Tahir Karmali’s assemblages culled from colonial era travel documents and other pieces of detritus turn the bureaucracy of occupation into physical structures, mixing both memory and architecture into a form that emphasizes the past’s fragile materiality. 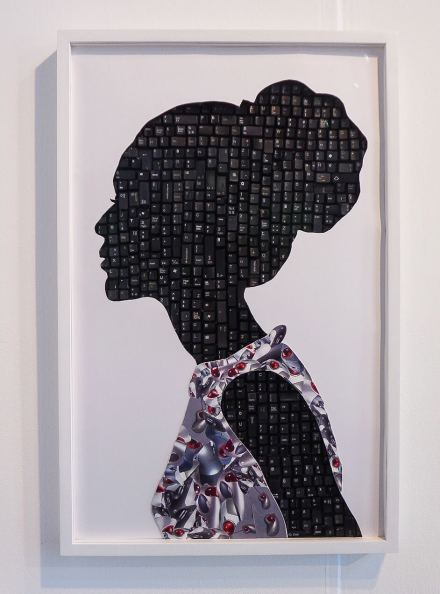 The fair as a whole has continued to make good on its promises as a tightly curated outing with strong works and well-selected galleries, continuing 1:54’s run as an important stop during Frieze Week in New York.  The fair closes today.

This entry was posted on Sunday, May 7th, 2017 at 1:39 pm and is filed under AO On Site, Art News, Featured Post, Show. You can follow any responses to this entry through the RSS 2.0 feed. You can leave a response, or trackback from your own site.