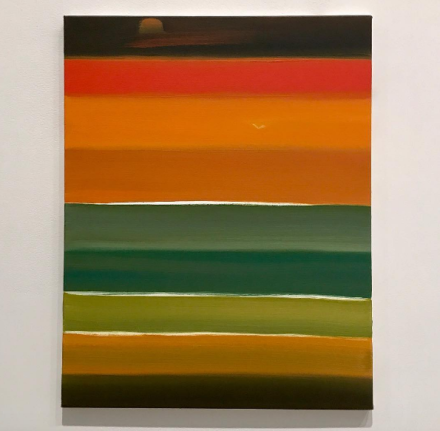 Drawing on a continuous engagement with the poetics of the horizon and its recurring presence across the history of contemporary painting, Cheim & Read has opened its summer group exhibition, The Horizontal.  Culling together a diverse group of artists from the past eighty years of artistic practice, the show is an investigation and reflection on the horizon as a motif weaving its way throughout varied investigations of modern art-making.  Photography, painting, drawing and print-making each make their presence felt throughout the exhibition, inviting a deep perspective on how the skyline, and its attendant impact on the viewer’s perception, has continued to inspire artist’s work into the modern day. 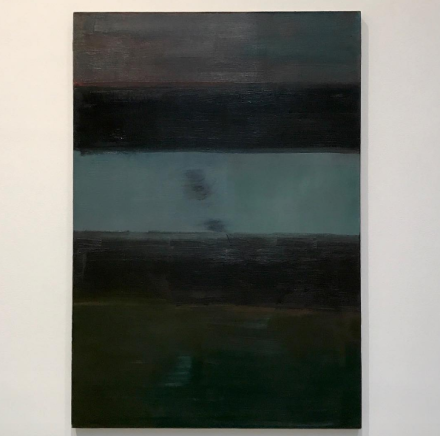 The Horizontal draws its inspiration from a quote by Agnes Martin, exploring the horizon line’s presence throughout her work, and its minimalist reduction of the natural skyline as a central aspect of her practice. “Anyone who can sit on a stone in a field awhile can see my painting,” she said. “Nature is like parting a curtain you go into … as you would cross an empty beach to look at the ocean.” 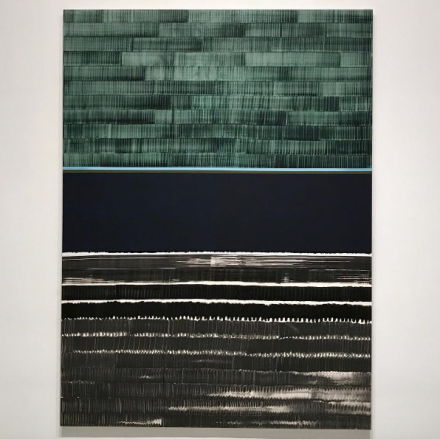 This sentiment serves as an intriguing entry point for the exhibition, cataloguing a body of works that explore the horizontal line as a central element in the composition and division of the canvas.  Works drawing on stark separations of color, like Ellsworth Kelly’s Study for Three Color Panels, which allows each hue to draw the viewer deeper into a negotiation with the artist’s hand, negotiate with Brice Marden’s work from his Untitled Press series, which uses a similar division of the canvas to set up a vivid release of visual energy by repeatedly crossing over the horizon line with flourishes of mark-making.  Elsewhere, a Serge Poliakoff draws on similar spatial relationships to create a series of vertical color bands, repeating this approach contrast several times in an ascending system that explores not only the relationship of varied hues, but equally the act of repetition, as the density of color and line changes and shifts throughout the work.  A similar mode is explored in a piece by Ron Gorchov, which stacks several of the artist’s immediately recognizable forms into a vertical tower implying the same horizon lines through the breaks and gaps between each block of color. 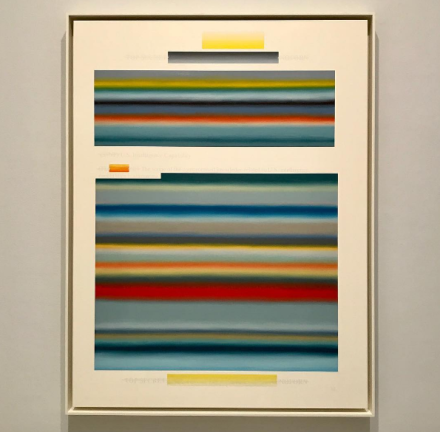 If Martin’s understanding of nature as a curtain is to sit at the center of the show, the paintings here seem to make much of the act of moving between planes, not only between the various planes and blocks of color that each artist uses to delineate these horizons, but equally between the flat panels of the canvas and the complex arrangements of space that mark the world around us.  As much as one passes endlessly into the horizon, moving between sky and earth in a constant renegotiation of space, the painter’s act of defining space, and moving it onto the flat expanses of the canvas serves as a direct point of comparison, the movement across the horizon line that makes the work surge into view.

The Horizontal is on view through August 31st. 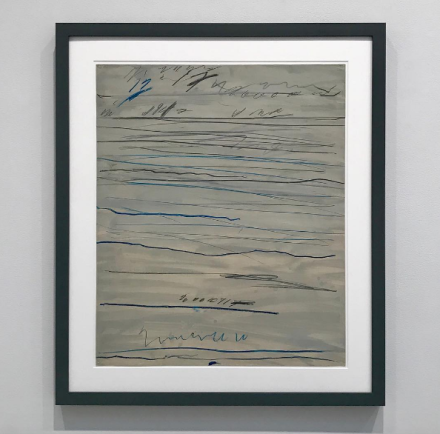 This entry was posted on Wednesday, July 19th, 2017 at 12:34 pm and is filed under Art News, Featured Post, Show. You can follow any responses to this entry through the RSS 2.0 feed. You can leave a response, or trackback from your own site.