Now through December 9, Sprüth Magers presents new work by John Baldessari. For his second show at the Los Angeles gallery, this exhibition features 27 works from Baldessari’s new series of large-scale paintings that all center on the ubiquitous Emojis. 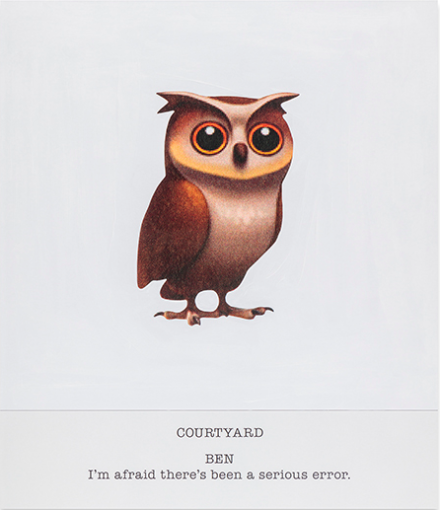 Since his text paintings of the late 1960s, John Baldessari has been creating a body of work that spans a diverse range of painting, photography, sculpture, and video. Today, he is highly influential as a venerated artist and teacher in his native West coast and across the world. Over the course of his career, Baldessari has investigated and sought to represent the slippages and playful dislocation between image and text as surfaces through which we seek to communicate. 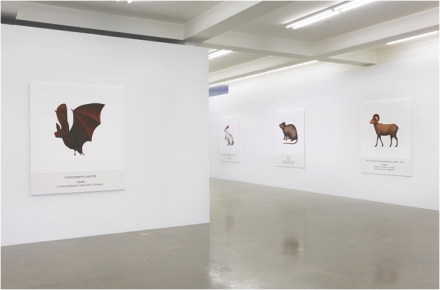 In this exhibition, the artist expands his interest in the shapes and symbols we use to communicate (through language and image) to incorporate the phenomenon of Emojis. As the press release states, Emojis are “a pictograph-specific keyboard that features glyphs in categories such as ‘smileys and people’, ‘animals and nature’, ‘food and drink’, ‘objects’, and ‘flags’. As graphic mediators of meaning, Emojis are increasingly relied upon across various streams of digital communication. These vehicles of meaning, however, are easily misinterpreted and can come to embody the particular type of alienation that pervades modern life. 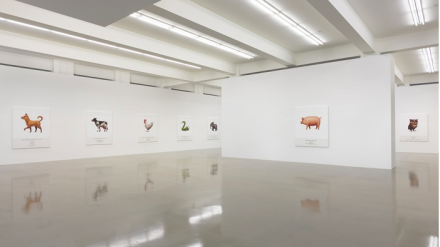 Baldessari’s examination of the Emoji is rooted in the alienation and dislocation of meaning that takes place in this rupture between text and image. Issues of context and cultural specificity often complicate the interpretation of these images, and it is precisely this that the artist explores in his paintings. Printouts of animal Emojis dominate large canvasses, painted over in acrylic, under which snippets of quotations from movies appear to caption the images. Involved in the viewing of this work is a struggle to define the relationship between the caption and image, thereby staging the alienation at the edge of meaning the Emoji occupies in conversation. 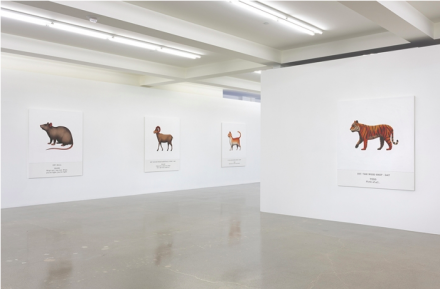 The ambiguity of the language placed below the images paired with the overwhelming size and uncanny familiarity of the Emoji images combine to create an abstract spectacle of forced interpretation and ambiguity. Baldessari succeeds in bringing together language and image to disarm and disconcert viewers. 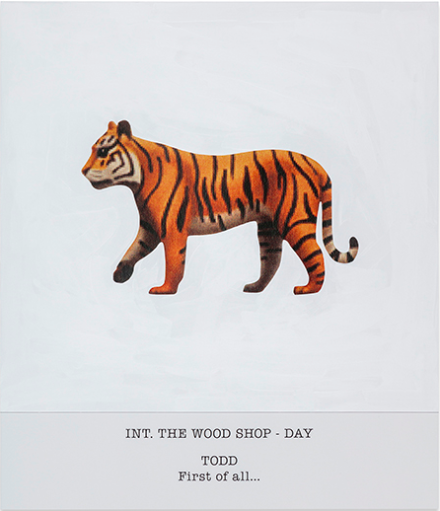 This series playfully exposes the tenuous connection between meaning and the visual habits and patterns that flood modern communication. In this exhibition, the Emoji is taken out of context and closely examined to reveal its excess and absurdity.

This entry was posted on Tuesday, November 28th, 2017 at 8:52 pm and is filed under Art News. You can follow any responses to this entry through the RSS 2.0 feed. You can leave a response, or trackback from your own site.