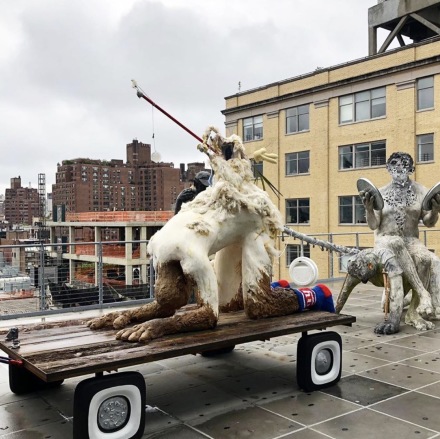 Following a wild few weeks between New York and Venice, the pace of the art world has slowed somewhat, and the big apple has had a moment to catch its breath, opening the doors on this year’s edition of the Whitney Biennial.  Often described as a snapshot of art in the United States, the Biennial brings together work by a range of artists across the spectrum of American contemporary practice and in a broad array of mediums. Over the past year and a half, curators Jane Panetta and Rujeko Hockley crossed the country visiting artists and surveying a broad selection of perspectives and concepts to complete their show. 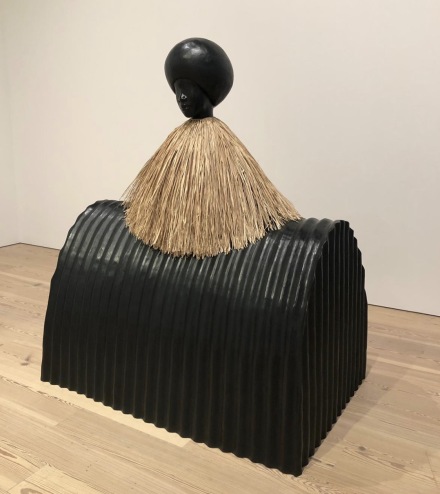 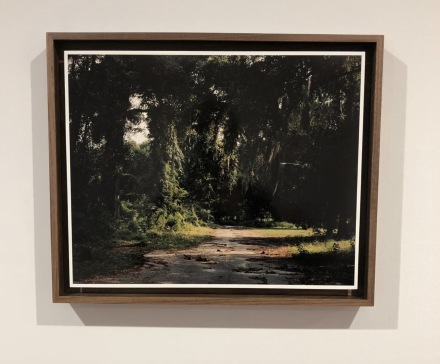 The result is a wide-range and ambitious show that tends towards younger artists and practitioners while exploring a broad selection of diverging practices.  A broad selection of differing approaches to photography in particular are a notable inclusion, from Lucas Blalock’s enigmatic inversions of photographic logic to the embedded experiences of Curran Hatleberg on view, to John Edmond’s impressive portraiture, each exploring personal accounts and the idea of iconographic “truth.” The idea of history and representation is central to the show, and repeats itself regularly throughout the course of the exhibition.  Paintings are another section where this sense of reality and perception, of lived experience and experiences of life are allowed to intermingle, with works like Eddie Arroyo’s staid urban landscapes contending with the vivid inversions of bodily form and figure central to the work of Janiva Ellis.  In each of these works, however, a shared interest in a certain sense of the world around us sits at the center, an investigation of just what the shared matter of the world actually is, and how we might be able to understand a shared visual language even if the grammar differs wildly. 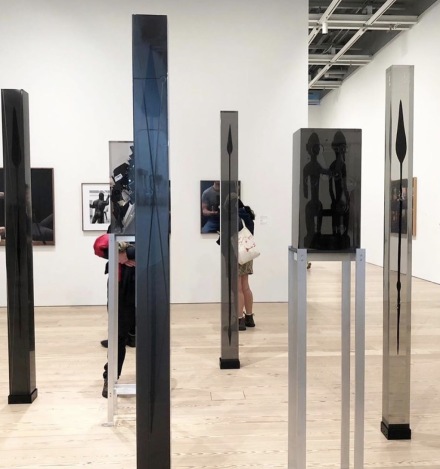 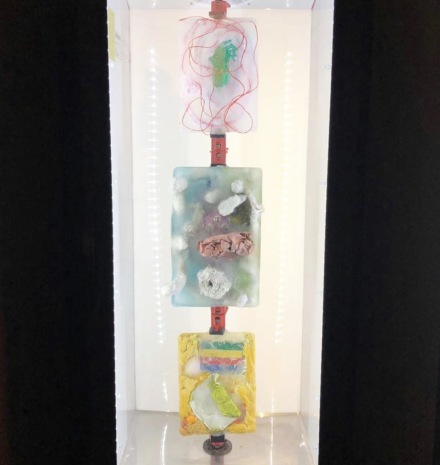 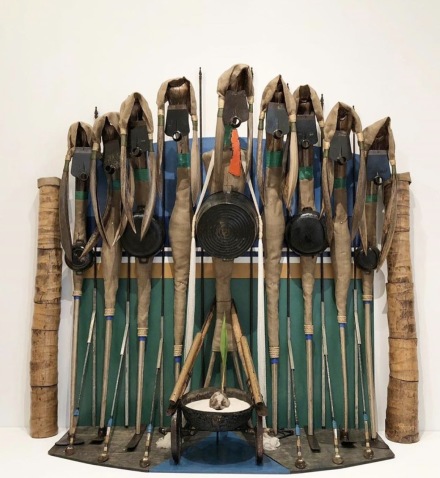 This year’s edition of the Whitney seems has received a number of reviews referring to it as a staid and reserved edition, one that, despite its call to trying times and fraught political discussions, has avoided direct critiques or outright callouts, a strategy that seems to have also anticipated, to some degree, the  recent controversies over the position of Safariland head Warren Kanders on the museum board.  The curators seem to understand that the show is, in some ways, a platform upon which the broader political struggles of the era both play out, and are reflected in the work on view.  As a result, pieces in the show seem to hint at struggles like Erick N. Mack’s suspended fragments referencing historical threads and divergent histories, or Jeffrey Gibson’s immense banners, which hint at various constructions of political bodies and social movements.  Even Nicole Eisenman’s parade of figures outside the museum seems to hint at a cavalcade of political and social interests, united under a compulsion to push forward.

Perhaps somewhat superficial at times, the show nevertheless seems intent on finding threads and ways forward, perhaps by proposing a world within the world, reflecting back out even as the storms of struggle and political upheaval rage inside. 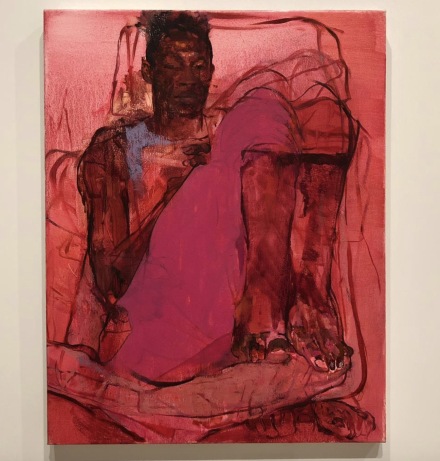 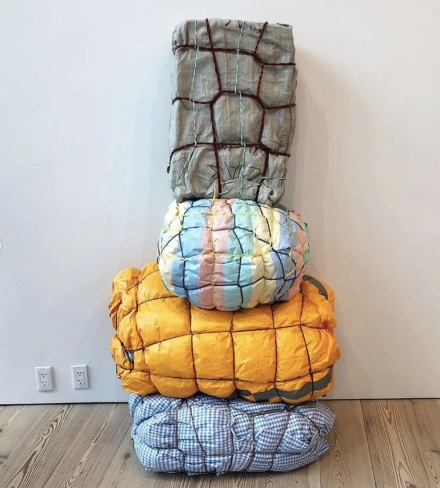 This entry was posted on Monday, May 20th, 2019 at 11:37 pm and is filed under Art News, Featured Post, Show. You can follow any responses to this entry through the RSS 2.0 feed. You can leave a response, or trackback from your own site.