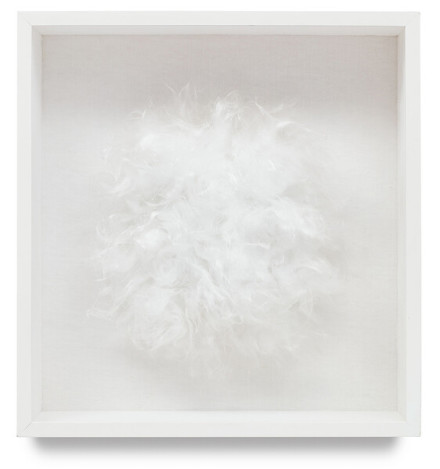 In 1960, at the height of his artistic maturity and of his awareness on the gradual path and progression of his work, artist Piero Manzoni would branch out into a series of material experimentations and evolutions that would mark one of the most prolific stages in his career, and also one of the most conceptually fruitful. The artist, utilizing diverse natural and synthetic materials, such as cotton wool, canvas, polystyrene, phosphorescent paint, and even bread, stones, and straw, would ultimately create a broad range of his Achromes, arrangements of material that both draw on their compositional elements and on their sheer mass to create a new awareness of the object and the space around it, a new manner of seeing branching directly out from the piece itself. Simultaneously, the artist would explore a range of other practices and performative works, focusing in particular on the realization and execution of extensive “lines,” traced across papers, photos, and even across the gallery space. Delving into this important period in the artist’s career, Hauser & Wirth New York has brought together two concurrent exhibitions devoted to the artist’s work, unfolding over two floors and focusing on Manzoni’s most significant bodies of work. 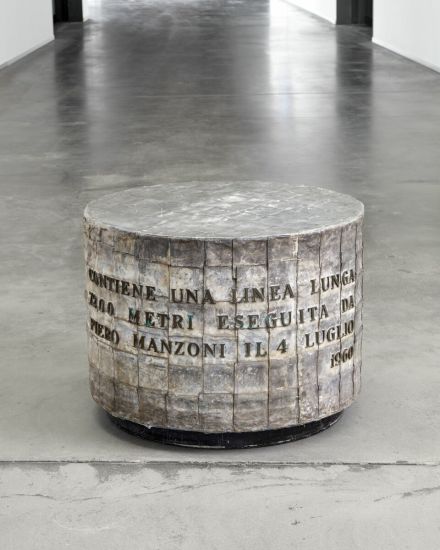 On view in the second-floor gallery, ‘Materials of His Time’ features more than 70 of Manzoni’s radical Achromes and surveys the artist’s revolutionary approach to unconventional materials, such as sewn cloth, cotton balls, fiberglass, bread rolls, synthetic and natural fur, straw, cobalt chloride, polystyrene, stones, and more. Previously on view in Los Angeles, the show traces Manzoni’s expressive yet minimal participations within these compositions, assembling great heaps and clusters of material that pulls the viewer into an expanded relationship with the objects themselves. Posed as nonrepresentational beyond their physical components, Manzoni continuously stripped content from form by eliminating associations and visual referents. Despite the range of materials and shades of white employed in creating the Achomes, their meaning remained constant, a search for surface in conversation with texture that ultimately arrives at an expanded sense of the expressive capacities of color and space. 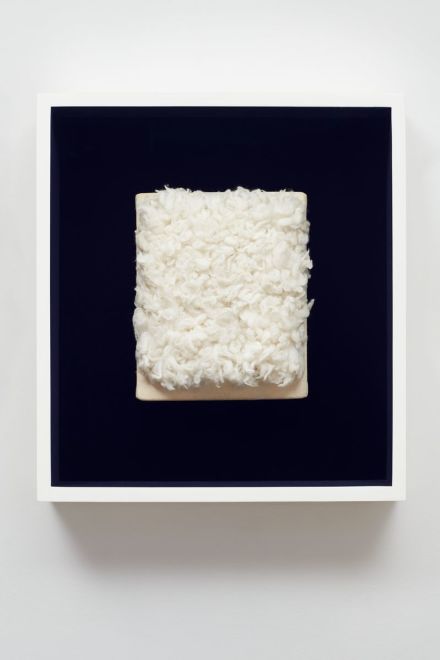 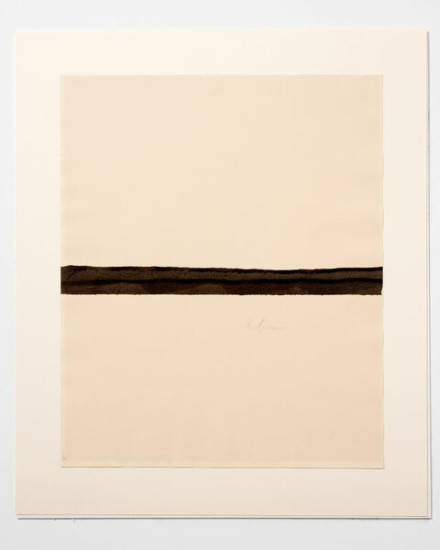 The presentation of Manzoni’s work continues on the third floor with Lines, an exhibition of over 35 works that constitute his most considered and serialized explorations. Developed in parallel with his production of Achromes, Manzoni began his Lines series in 1959. Ranging from short, simple bands traversing rectangular sheets of paper to increasingly long traces created with a roller on strips of paper, the artist produced a total of 90 Linee works of varying meters, which he then sealed in cylindrical containers. The series culminated in 1960 with Linea lunga 7.200 metri (Line 7200 Meters Long), made in Herning, Denmark. 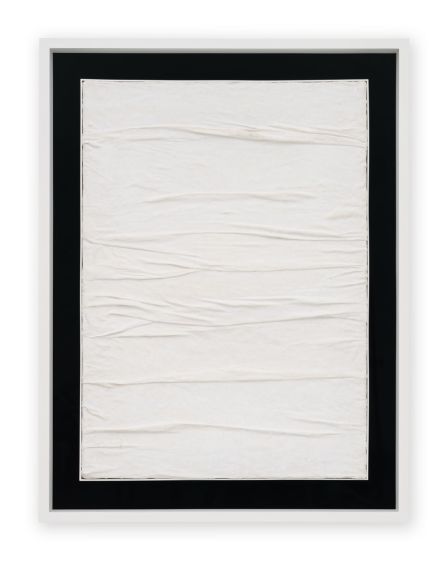 These are works about time and space in a manner that fits lockstep in with the show one floor down, a body of work that poses the movement across surfaces as an extended engagement, one that constantly places the surface itself into focus, and forces the viewer into a prolonged experience of the act of traveling, of experiencing, and of seeing. Much like the works of his American compatriots (Sol LeWitt, Agnes Martin, etc.), Manzoni’s idea of a transcendent experience of space is built from the most simple of compositional elements. Taken together, the two shows take this concept to a point of natural complement, allowing the two bodies of work to work in tandem towards an ever-expanding sense of possibility for the artist, the object, and the space in which they co-exist. 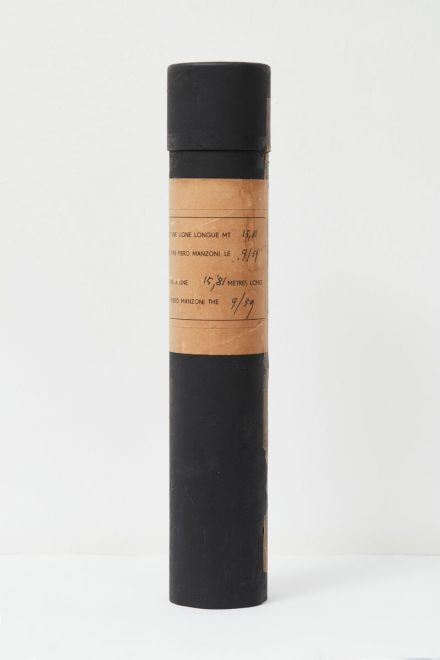 This entry was posted on Saturday, June 29th, 2019 at 12:58 pm and is filed under Art News, Featured Post, Show. You can follow any responses to this entry through the RSS 2.0 feed. You can leave a response, or trackback from your own site.