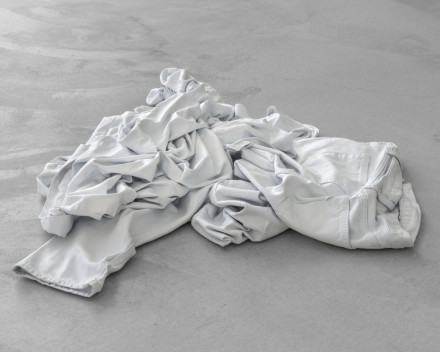 Pursuing a timely and intriguing exploration of the current contexts of confinement and isolation as expressed in our Covid-19 dominated world, Matthew Marks Gallery has opened a new show, Home Life, at its 523 West 24th Street. Featuring new works by Alex Da Corte, Robert Gober, and Charles Ray, all exhibited for the first time, together with earlier works by Nayland Blake, Nan Goldin, and Ken Price, among others, the show takes the domestic and the personal as a springboard for broader ideations around the expression of self and society in the most intimate environs. 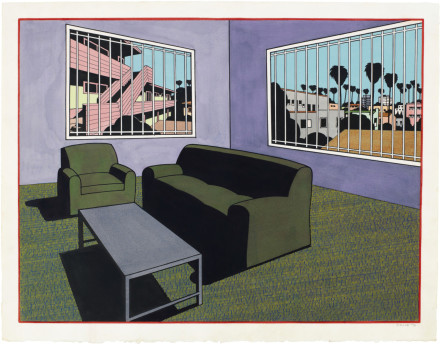 The show title is drawn from the exhibition’s earliest work, a Lucian Freud drawing made during the first winter of World War II, which the young artist spent in Wales in rooms rented from a retired coal miner. Along with his friend from art school David Kentish and the poet Stephen Spender, the eighteen-year-old Freud spent his days largely confined to the house. The playful and imaginative rendering is a remarkable moment of vulnerability considering the artist’s often ornate portraiture, and seems to hint at an internal world just opening up within the home. Similar moments pass throughout the show. Clothes pile (2020), for instance is a portrait of Charles Ray’s own clothes, a recurring subject for the artist since the early 1970s. Ray began this aluminum sculpture more than fifteen years ago, ultimately completing it with a laser sintering process, which helped achieve an intricacy that could not be produced with casting or carving. Another work by Nan Goldin showcases a moment of domestic repose, bathing the captured space in mixtures of light and shadow that amplify the sense of internal reflection in her subject. 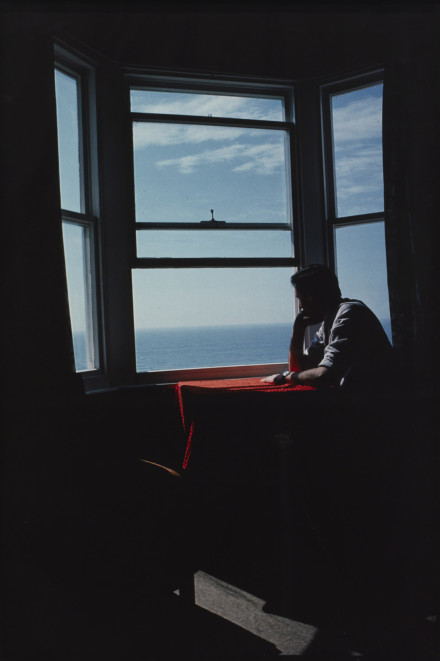 By contrast, other works reframe the domestic as a site for both figurative and literal deconstruction. Alex Da Corte’s Helter Shelter (2020), a large-scale painting of an exploding house, is based on a drawing by the American artist Henry Darger. Window, Curtain, Matches (2020) is the most recent work from Robert Gober’s series of wall-mounted vitrines, which see the artist returning to some of his earliest imagery and motifs. 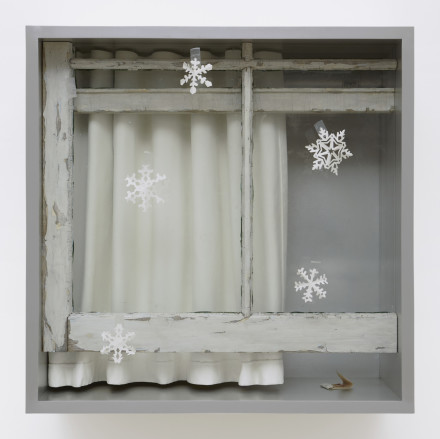 As a whole, the exhibition is an intriguing moment of reflection at large, a chance to look anew at the idea of the home, and its role in our lives today, an internal world that looms large over the experience of so many in the last year. It closes March 20th.

This entry was posted on Wednesday, March 10th, 2021 at 1:15 pm and is filed under Art News, Featured Post, Show. You can follow any responses to this entry through the RSS 2.0 feed. You can leave a response, or trackback from your own site.