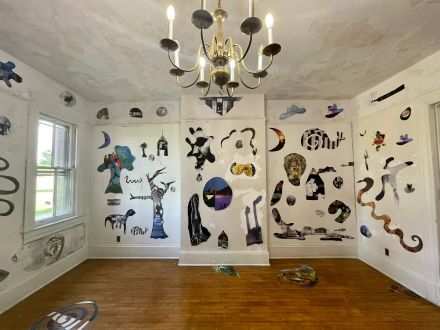 Rachel Libeskind at Signs and symbols, via Art Observed

After a year off, the New Art Dealers Alliance has relaunched its ongoing New York exhibition project, the third edition of NADA House, returning to Governors Island with 66 galleries, non-profits, artist-run spaces, and curators, presenting over 100 artists. The collaborative, public exhibition, now open and running through to August, continues in an expanded format, with gallery presentations in over 50 rooms in three neighboring turn-of-the-century colonial revival buildings. 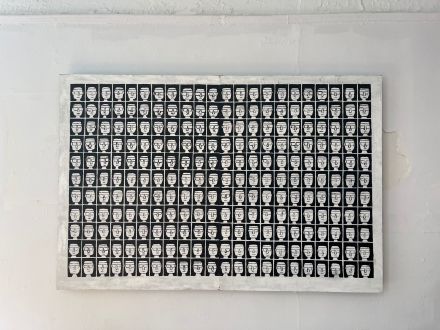 One of the more intriguing projects over the past few years, the organization has made an effort to continue its mode of adventurous, expressive installations, favoring an engaged and exploratory twist on the contemporary art fair model. NADA House participants engage with the unique character of the spaces, exhibiting work in a diverse range of mediums including large-scale installations, immersive environments, wall murals, and outdoor sculpture. The result is a roving project that takes the long empty homes of the island, and turns them into new worlds unto themselves, with landscapes and objects drawing the viewer through a series of divergent aesthetic modes. There were impressive collaged compositions by Rachel Libeskind at Signs and Symbols, a selection of shaped works that turned the wall on which they hung into a macro-collage, while at Nir Altman, Cole Lu’s architectural abstractions turned simple arrangements of material into densely overlaid studies of meaning. 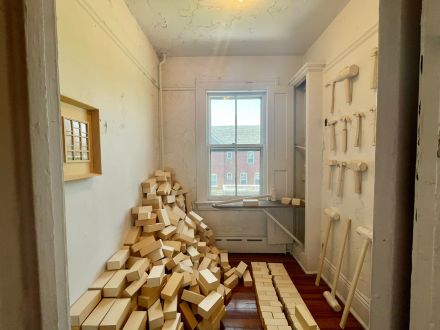 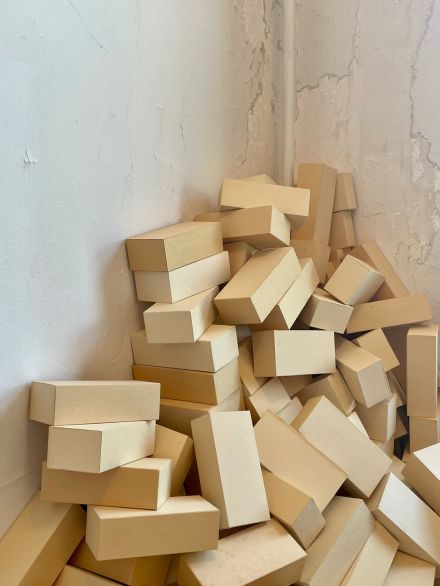 The fair paid particular attention this year to the complex history of Governors Island’s colonial, military, and political past, including Camille Hoffman’s work at False Flag, a series of iconographies and images torn and twisted around the space, presenting a swirling set of images that tie together the site’s position at the head of a major shipping and military port, while in another space presented by anonymous gallery, a set of works by Alejandro Almanza Pereda presented a range of meditations on culture and time, suspended tensions that explore the site’s shifting meanings in the psyche and memory of New Yorkers. 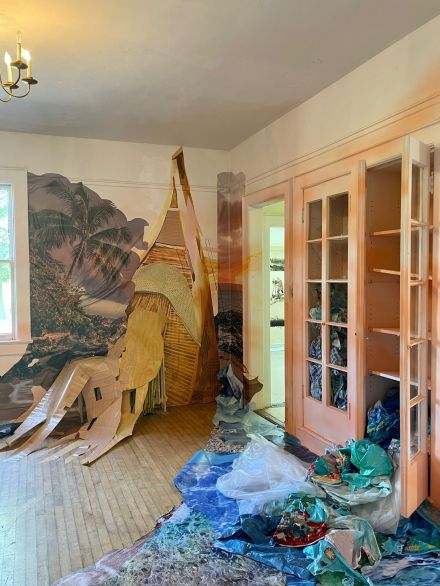 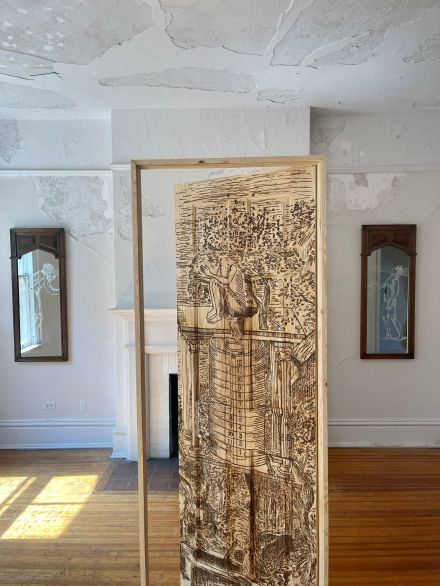 The exhibition opens concurrently with the beginning of Governors Island’s 2021 Public Season and will run through the summer, with monthly in-person and virtual programmatic activations—a full schedule will be announced in the coming weeks. During the course of NADA House, Governors Island will also be host to numerous exhibitions, events, and residencies by arts organizations and nonprofits such as Shandaken Projects, Lower Manhattan Cultural Council (LMCC), and more. Offering a first note in the return of regular activity from some of the country (and continent)’s best small galleries, the show offers a striking lens through which to view the last year.

This entry was posted on Sunday, May 9th, 2021 at 12:39 pm and is filed under Art News, Featured Post, Show. You can follow any responses to this entry through the RSS 2.0 feed. You can leave a response, or trackback from your own site.