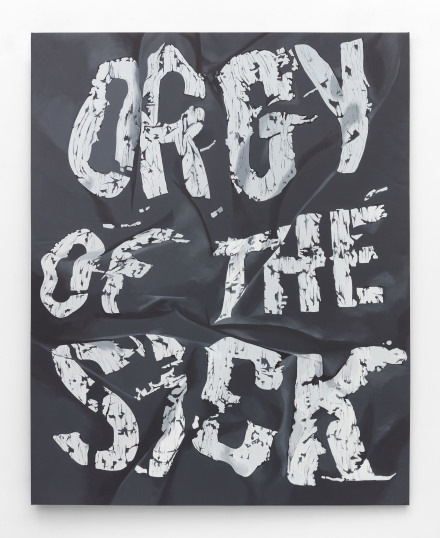 Painter Eliza Douglas has opened a show of new work in Los Angeles this month, a selection of paintings spread throughout Overduin and Co. that explore the convergences of pop graphics and commercial materiality, rendering a series of swirling, kaleidoscopic commentaries on cartoons and their subcultures. 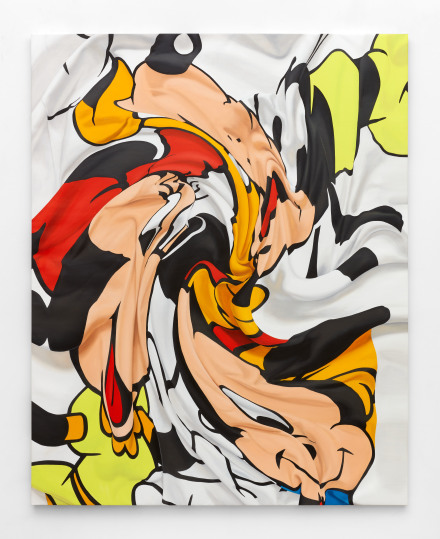 The artist has long drawn on the structure and conveyance of information through graphics, visual merchandise, comic books, and other modes of subcultural representation. In her 2019 work Pile, she showed a huge heap of T-shirts, originally produced as merch or simply as byproducts of contemporary visual culture. Presenting the works as a series of remnants and meditations on the iconography of the worlds the shirts were drawn from. Referencing the works as a pile of waste, of cast off graphics and as a symbol of “low” culture, the conflicts between material and structure, space and arrangement, turned the work into a cultural hieroglyphics, a series of meanings drawn from a literal junkpile. 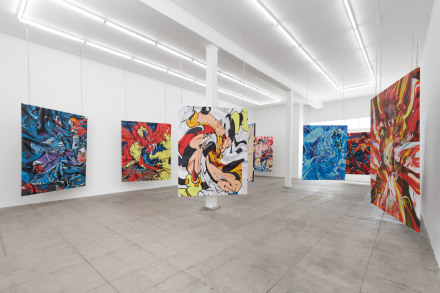 For this show, Douglas mines a similar approach, turning a series of canvases into warped renditiongs of various comic book characters, each a stand-in for a vastly different corner of graphic culture. There’s a set of twisted renderings of female anime characters in one corner, while nearby another canvas shows the glowing blue, looming mass of an ancient dragon, the foreground adorned with skulls, gold and armor in a reference back to the sumptuous and scanty images of Heavy Metal, while another series of works showcases the familiar face of Mickey Mouse. Douglas’s works here take that same sense of the work as a structured investigation of the image in its daily modes of circulation, rather than present the subject matter of the work as a straightforward reflection of the image, the work turns it into a fabric, and into a snapshot of the work in its own modes of representation.

Douglas’s work, operating at multiple entry points to the cultural milieu, here turns her works into a fascinating exploration of the image in the realm of the everyday. 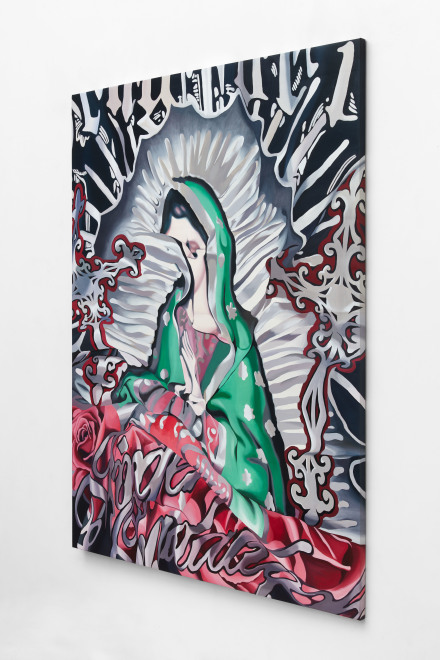 This entry was posted on Friday, August 13th, 2021 at 12:00 pm and is filed under Art News, Featured Post, Show. You can follow any responses to this entry through the RSS 2.0 feed. You can leave a response, or trackback from your own site.