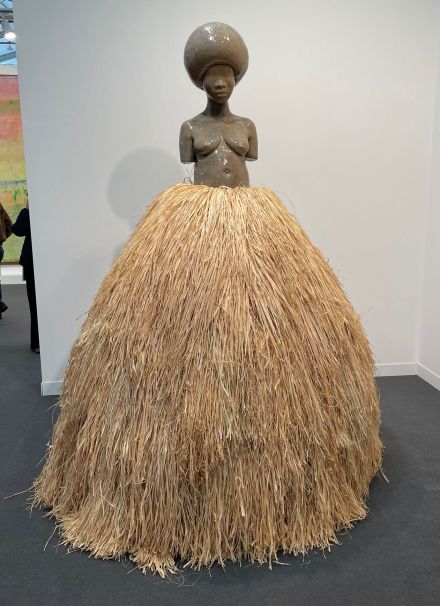 After a long hiatus and the challenges posed in the wake of months of crippling pandemic lockdowns, the Frieze Art Fair has returned to Regent’s Park in London for its annual run, bringing with it over 160 international galleries and a range of projects and talks that underscore its continued vitality in the world of contemporary art. The full first edition back in the British capital since the fair was forced to cancel its 2020 edition due to Covid-19, this year’s opening was a return to form, filling its exhibition halls with a range of diverse works and artists from around the globe. 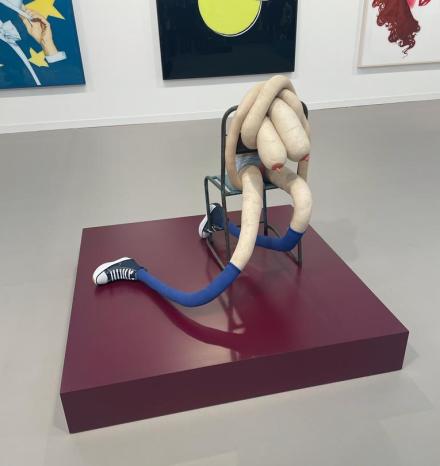 The mood was high as collectors, gallerists and artists strode the fair’s aisle and booths in the early hours of Wednesday’s press preview, exploring the gallery booths and chatting below the bright lights of the fair tent, which lent a gleam to the impressive works on offer across the expanse of the fair. At Xavier Hufkens, a striking work by Sterling Ruby was an early highlight, glowing with lime green and pink splatters of paint, while at David Zwirner, one could browse a joint booth showcasing the work of Carol Bove and Lisa Yuskavage, an enigmatic pairing that mixed the latter’s lyrical, expressive brushstrokes with the minimalist tinges of the former’s wall-mounted steel works. Across the hall, at Marianne Boesky, one could view a striking series of works by painter Gina Beavers, thick layerings of paint and found material that made for comical, expressive compositions. Meanwhile, at Sadie Coles HQ, one could view a range of works from the gallery’s artists, including a serpentine new piece by Sarah Lucas that continued her explorations of the body as a malleable material on its own right. 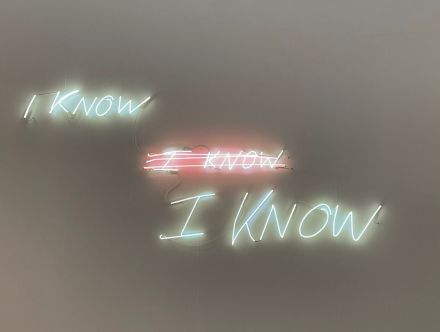 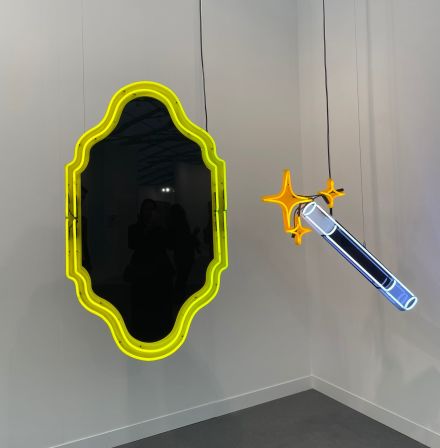 Away from the more expansive blue-chip booths, one could find a range of new voices and works, showcasing the fair’s commitment to a diverse offering. At Los Angeles’s Night Gallery, one could view a striking set of neon compositions by artist Divya Mehra, while over at the Peres Projects booth, one could view a powerful set of paintings mixing the abstractions of Pam Evelyn with a lyrical series of works depicting lounging cats by Paolo Salvador. Also of note was painter Jordan Kasey‘s immense canvases depicting ephemeral scenes and bodies, awash in subtle gestures and nuances on the surface of the canvas. Another impressive booth came from Carlos/Ishikawa, where a range of new work by Issy Wood offered a new point of entry into the artist’s nuanced, washed out technique and surreal mixture of images and scenes. 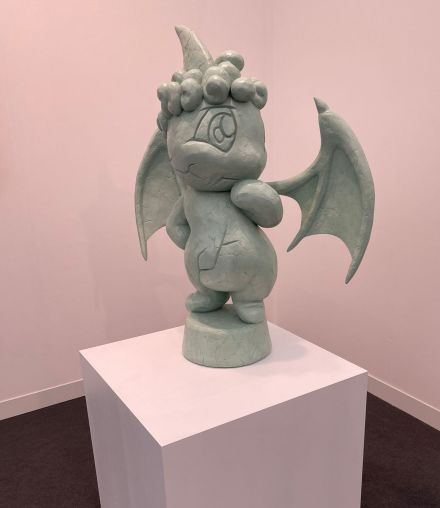 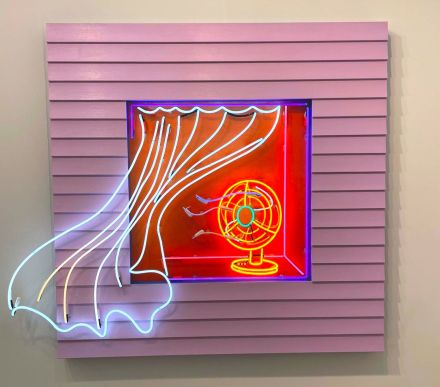 With the art world finding its footing again and a new way forward in a post-pandemic world, this year’s edition of Frieze offers a welcome reassurance that the art world, and the infrastructure that drives it, will persist, adapt and continue to grow, a note that made the early hours of the fair this year a welcome return to Regent’s Park. 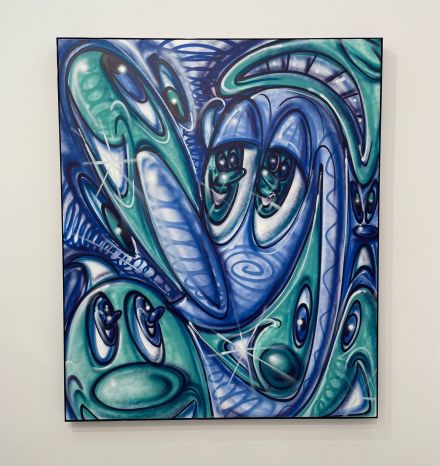 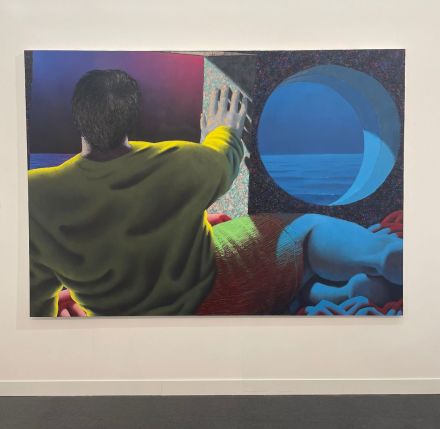 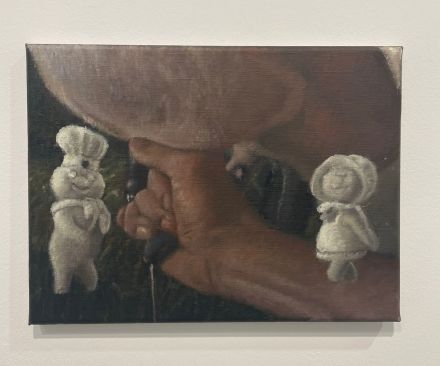 This entry was posted on Wednesday, October 13th, 2021 at 2:29 pm and is filed under Art News, Featured Post, Show. You can follow any responses to this entry through the RSS 2.0 feed. You can leave a response, or trackback from your own site.