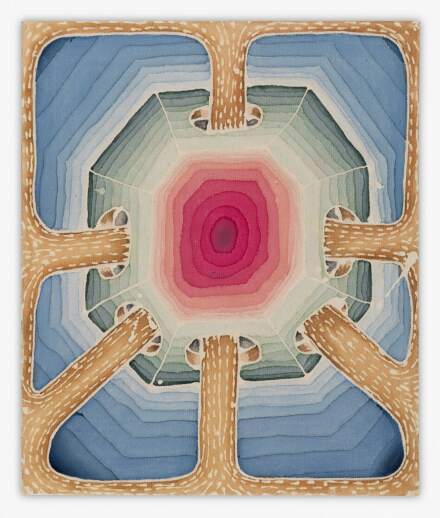 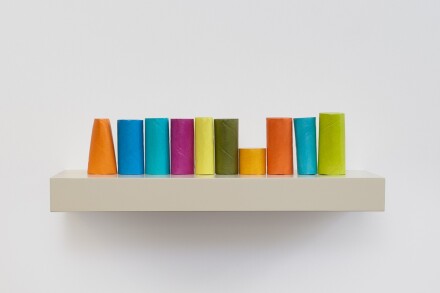 As winter coasts into the early weeks of February, the art world returns once more to the sprawling Mexico City metropolis for another year of art week, centered around the proceedings at Zona Maco Art Fair, and the surrounding areas. With Mexico City’s stature growing each year as a central hub of the global arts community, the week once again promises a range of impressive shows and openings alongside the thriving sales events at the main fair. 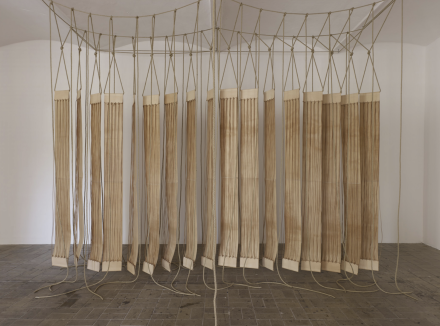 Leonor Antunes, a scluded and pleasant land, in this land i wish to dwell (2014), via kurimanzutto

Zona Maco enters its 18th year this year, and will celebrate at its usual home, the Centro Citibanamex, where more than 200 galleries from more than 25 countries around the world will converge for a range of programs and projects. The largest art fair platform in Latin America, founded in 2002 by Zélika García, the event has always served as one of the opening notes of the year’s art calendar, and this year is no different. One can expect a broad range of works and installations both in the exhibition space and throughout the city. At the Gagosian booth, one can expect a range of works from gallery artists, including pieces by John Currin and Richard Prince, while at Marlborough, the gallery will focus on works from Fernando Botero, Rufino Tomayo, and more. Moran Moran, which now operates an outpost in the city, will also be on hand, with work by Diana Al-Hadid, John Giorno, and more. The gallery will also launch a local version of Giorno’s “Dial-A-Poem” project, accessible by phone. Monterrey-based Colector Gallery presents a curated booth with works by Zhivago Duncan, whose boldly-colored batik paintings blend organic shapes with machine-like imagery into monumental cosmic abstractions. Another Colector artist, Rachel Garrard, explores the reaches of human consciousness through paintings that combine geometric linearity with esoteric abstraction, using a color palette that she creates herself using pigments derived from ground stone and crystals. 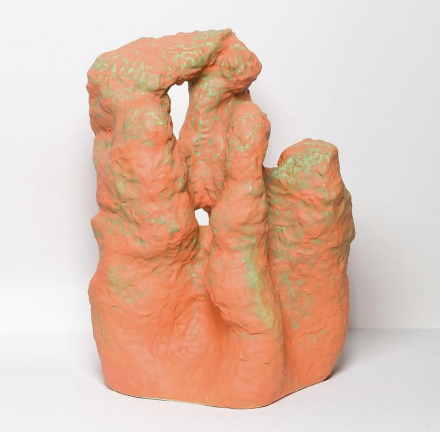 Anders Ruhwald, Untitled (Sketch for a Measure of Two) (2019), via Moran Moran 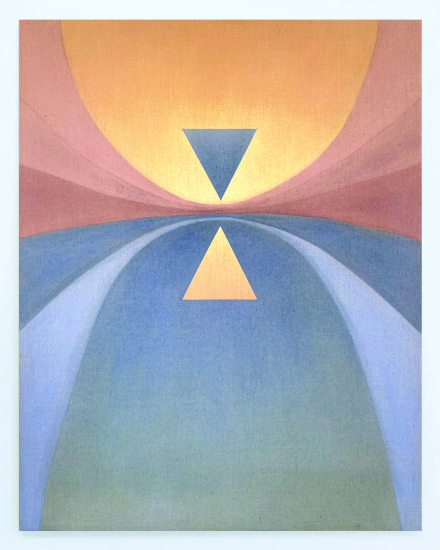 Alongside the fair, expect a range of openings and exhibitions around the city. Among the highlights is OMR‘s new exhibition space in Chapultepec, a beautiful cultural center set on the lake and appropriately named LAGO/ALGO. Kurimanzutto will also open a show of work by artist Leonor Antunes at its space. The artist reflects on the function of everyday objects and the potential of modernist forms to become sculptures. Of note, Galerie Nordenhake presents the fifth solo exhibition by the artist Stanley Whitney, and his first in Mexico City. Whitney’s bold abstractions are steeped in the Abstract Expressionist tradition, with marked nods to Josef Albers and Matisse. LABOR Gallery is partnering with the design studio AGO Projects to create an architectural pavilion for the gallery, a structure they describe as ‘flexible’ and free of rules and hierarchies. During the next twelve months, this space will host a program of multiple projects and collaborations in the gallery’s garden. At House of Gaga, the artist Raul Guerrero stages his first solo exhibition in Mexico City, titled “Historia y Leyendas de las Calles de México.” 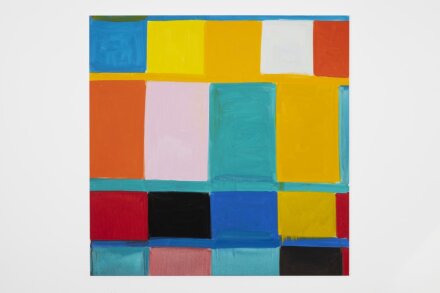 The nomadic art and design collective MASA, known for taking over architecturally-idiosyncratic locations as sites for their exhibitions, is back this year with a tongue-in-cheek project that challenges our conceptions of space and function, particularly in our work environments. Titled MASA INC., this playful ‘corporate takeover’ takes place on the seventh floor of a generic office building overlooking the Plaza de las Cibeles in Roma Norte.  The exhibition features artists such as Mario Garcia Torres, ROOMS Studio, as well as Hector Esrawe and Brian Thoreen, co-founders of MASA along with Agé Salajõe. 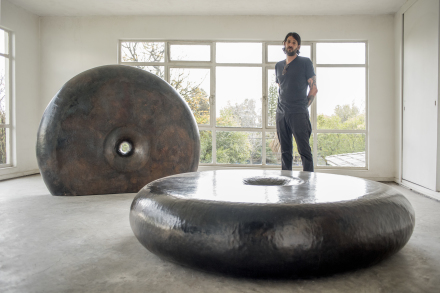 Another intriguing draw for the week will be an event hosted by Materia at the towering, habitable sculpture created by the Uruguayan artist Gonzalo Fonseca as part of Ruta de la Amistad built for the 1968 Olympics. Torre de Sonido will invite a range of artists to perform and install within the space, including SITES, Ramón Saturnino, and Moisés Sacal Hadid. This multifaceted project represents the reclamation of the cultural islands remaining in a city fragmented by relentless urbanization. Performances for Torre de Sonido take place on February 12 and 13. 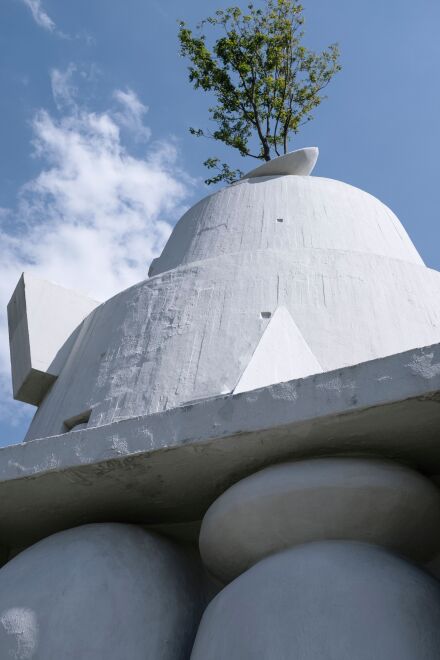 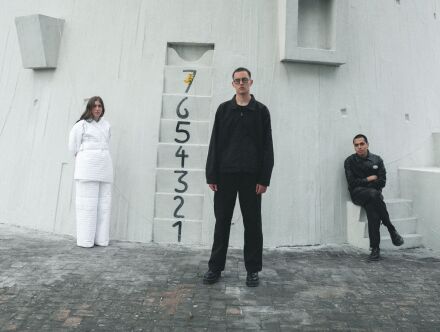 Also on view at Museo Jumex, a pair of shows will mark their closing week during the festival. One show, Ambient Temperature, is curated by Sofia Taboas, presenting 35 works from the Colección Jumex to create a journey from the suffocating heat of the desert to the air-conditioned, impersonal spaces of contemporary life, while Taboas also presents a show of her own work in another museum gallery. 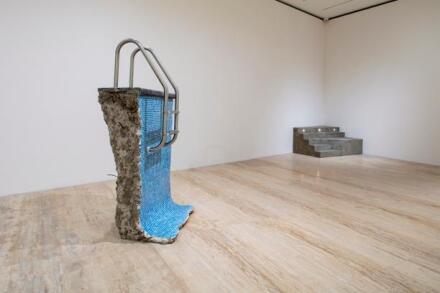 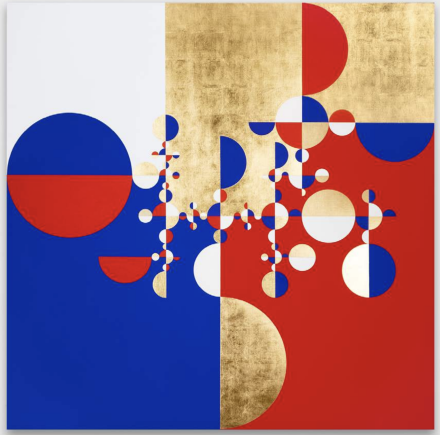 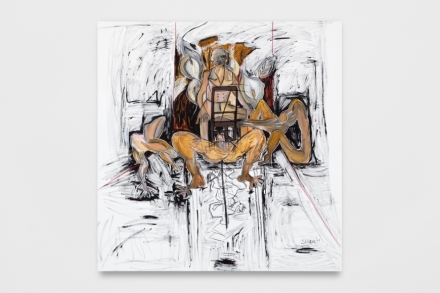 All told, this week’s fair and exhibition offerings should make for another engaging, immersive week in Mexico City. Art Observed will be on site and posting live from the events, which begin February 8th.

This entry was posted on Tuesday, February 8th, 2022 at 12:16 pm and is filed under Art News, Featured Post, Show. You can follow any responses to this entry through the RSS 2.0 feed. You can leave a response, or trackback from your own site.