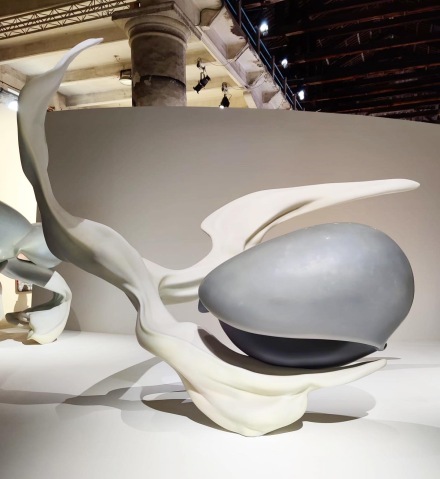 Spread between above the green lawns and trees of Venice’s Giardini, and the winding streets and canals of the Arsenale nearby, the Venice Biennale’s Central Pavilion has opened its doors for its Vernissage event, kicking off the 59th annual edition of the exhibition, and welcoming visitors to its first open viewings before it opens to the public this coming Saturday. Curated by Cecelia Alemani, Director & Chief Curator of High Line Art, the show draws on the book by surrealist Leonora Carrington, where “life is constantly re-envisioned through the prism of the imagination.” Here, Alemani invites a series of artists to imagine new worlds, visualize and pose them throughout the exhibition sites. 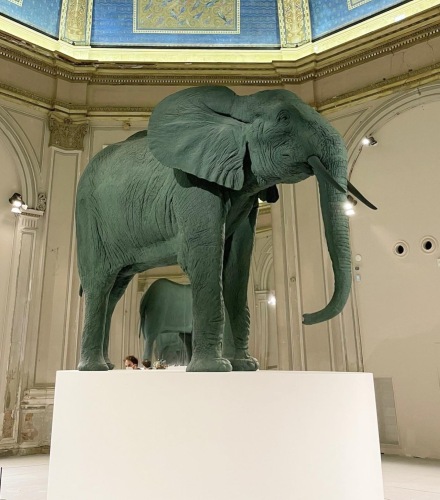 At the Arsenale, the show kicked off with a towering sculpture by artist Simone Leigh, setting the tone for a body of works that seemed to focus on imaginings of the body, new understandings of the cultural and social underpinnings of its presence in space, and the manners in which materials might realize a new perception and possibility for its forms. Other forms of this focus could be seen in the looming forms of artist Tau Lewis, materially dense, layered sculptures that presented the form in a surreal and somewhat demonic presentation. A similar mode could be found in the work of Precious Okoyomon, whose intensive forms posed a series of bodies in wild, natural scenes, mixing a return-t0-nature sensibility with one that hinted at new realities and worlds beyond that of late capitalism. By contrast, artist Tetsumi Kudo‘s strange, glowing flowers, posed against his signature dioramas created a contrapuntal notion of a post-nuclear, perhaps even post-apocalyptic landscape, one where the human impact on the world has created new flora and fauna continuing to grow and evolve on a permanently changed planet. 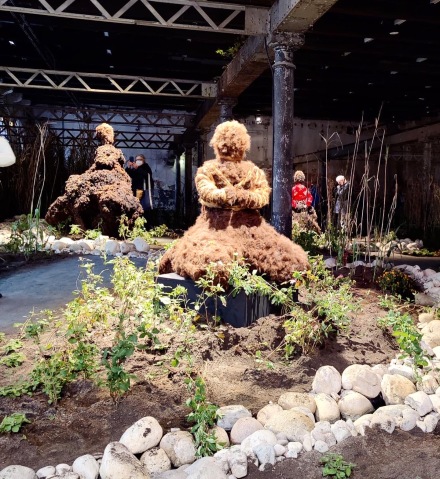 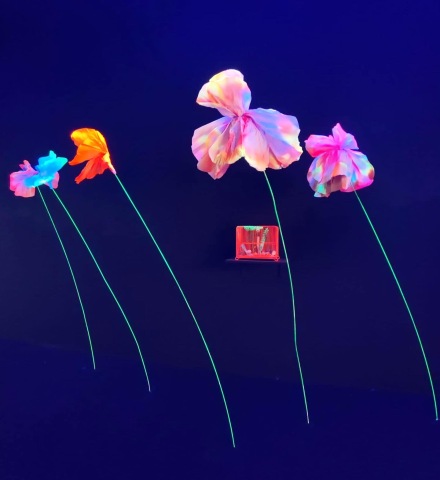 These notions of the world and our lives on it were balanced out by craft-intensive projects, underscored by the presence of a pioneer in the fusion between a lived art and the hand-crafted materiality of her physical work, Ruth Asawa. Reminding viewers of the balance between the object and the life that crafts it, her works on view offered a historical point of resonance that framed so many of the pieces on view. The aforementioned work of Precious Okoyomon was a clear analog, but so were the terracotta figures of Ali Cherri, whose reimagining of the body from the fragments of the past, and the lumpen presentation of its forms made for a fascinating conversation on the notions of both how to understand the past, and construct a future from its parts. 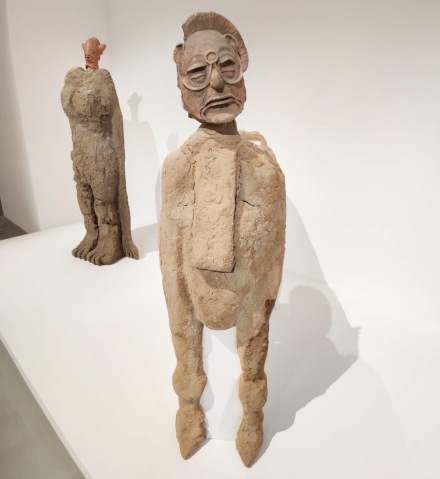 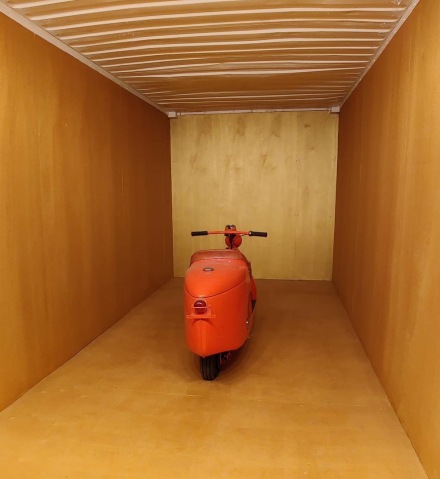 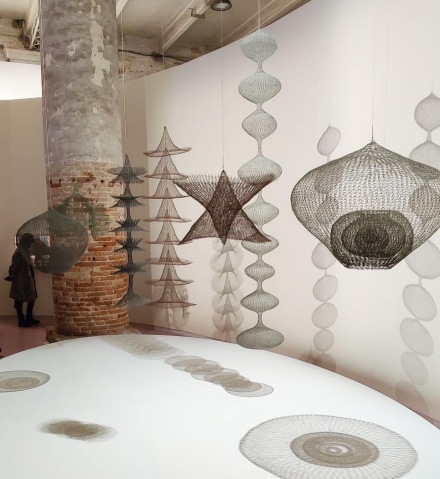 Over at the Giardini, the continuation of the show offered a series of new wrinkles and points of connection, with a particular focus on painting and sculpture, accompanied by a few installs and other works. Painter Jade Fadojutimi‘s densely layered, textural compositions were balanced by the staid, compositional arrangements of Rosemarie Trockel, whose woven compositions continued that same focus on layering and space. By contrast, the work of Jana Euler, just a few steps away, presented a meditation on human scale and space, blowing up and twisting the human form through a series of surreal arrangements. A similar thread could be found in the work of Sidsel Meineche Hansen, whose casts of the human form made for a more literal, yet equally surreal, mapping of the human form. 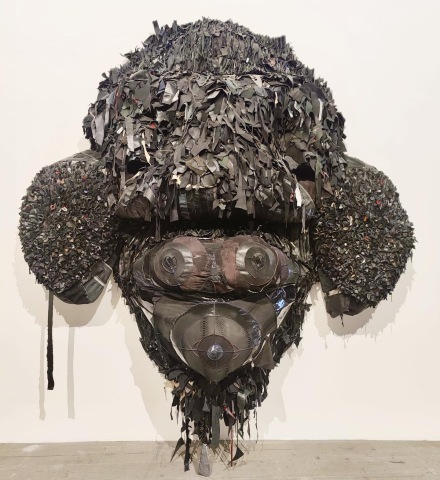 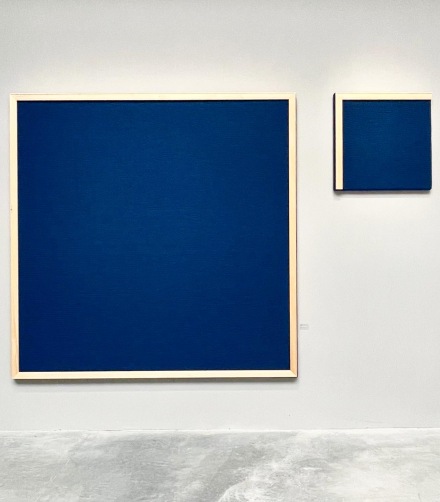 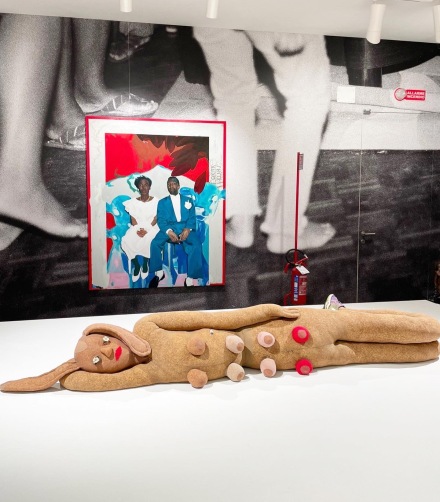 Other works drew on densely layered narratives and intricate arrangements, especially in work like Kudzanai-Violet Hwami‘s multi-media installation meditating on generational dynamics, memory and mythologies. But for sheer visual splendor, it was hard to top Katharina Fritsch‘s immense, hyperreal rendering of an Elephant in the exhibition space, balancing the creature’s scale with the looming beauty of the building’s ceiling frescoes. Another mode of sculptural reimagining came from Hannah Levy, continuing the artist’s use of latex and steel to create unworldly reimaginings of the body and its relation to new worlds.

With a new entry in the landscape of the Biennale’s recurring investigation and questioning of the world and our ways of understanding it, this latest iteration in Venice struck a fittingly hopeful, and perhaps pragmatic note. Rather than shy away from the problems and challenges of the world, Alemani’s Biennale looks deep into the past, its modes of making and being, to find a way forward. It closes November 27th. 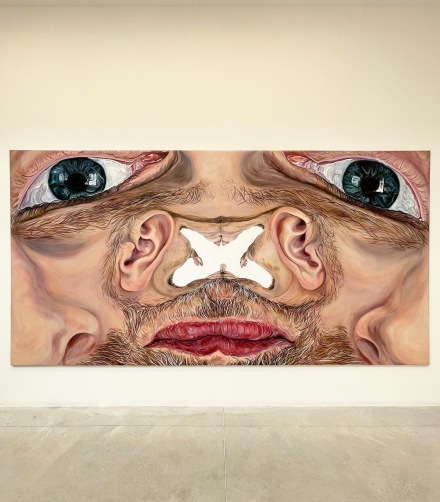 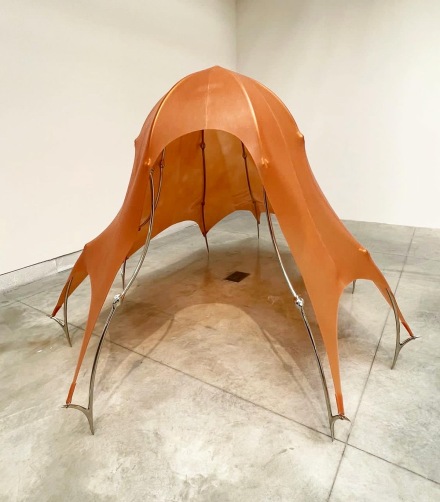 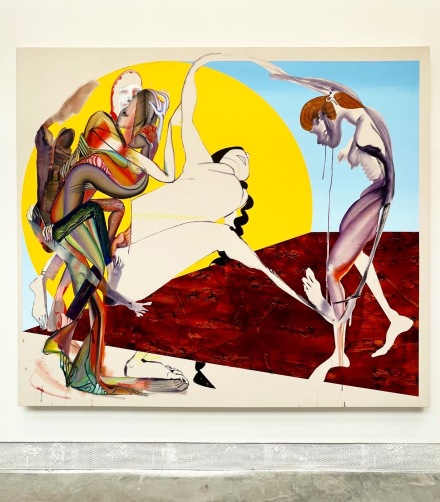 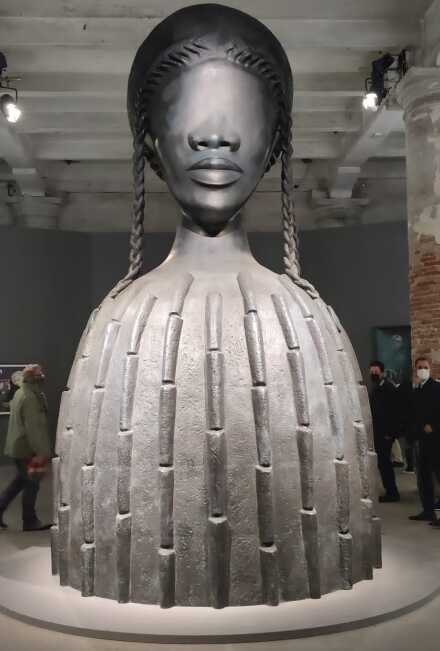 This entry was posted on Friday, April 22nd, 2022 at 1:13 pm and is filed under Art News, Featured Post, Show. You can follow any responses to this entry through the RSS 2.0 feed. You can leave a response, or trackback from your own site.