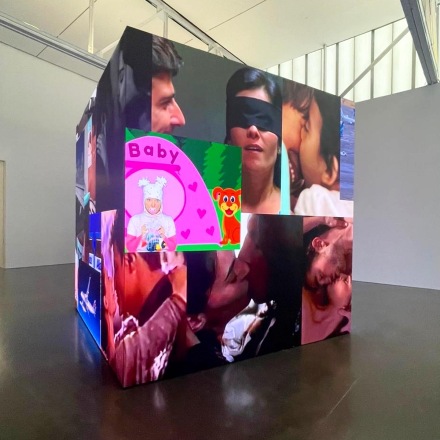 Continuing his enigmatic and playful engagement with the languages of artistic production, pop culture and materiality, artist Urs Fischer returns to Gagosian in New York this month for a strikingly surreal and technologically-driven body of new works, unified under the title Denominator. Exploring concepts of data compilation and agglomeration, as well as the meanings that systems of organization and exhibition create, the show uses digital imagery as a structure of recontextualizing and complicating the act of creation and the understanding of an image. 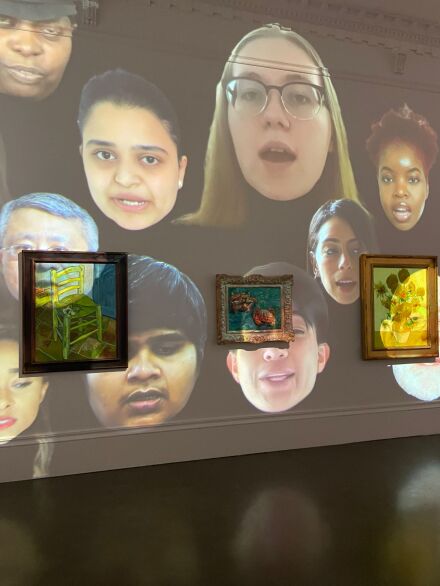 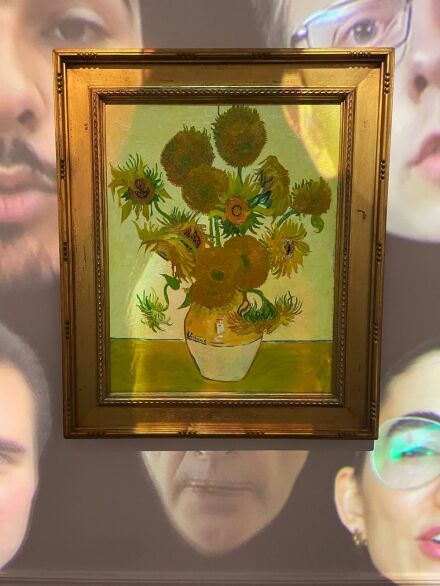 Throughout, Fischer uses a range of repurposed images, from advertisements to human faces as material to feed through algorithmic programs, each time using the dialogue between image and code to create new chance operations and collisions of meaning. The titular work, Denominator, is a 12-foot cube constructed from LED screens that display a sequence of fragments from international television commercials in a shifting composition that spans the history of the medium. Through the use of AI algorithms, the commercials have been deconstructed into individual shots, which are then grouped by theme or color and displayed in layered patterns and choreographed sequences. The result is a strange fusion of images, showing time and value systems broken down by new modes of processing. Rather than building an interpretive structure for these images that explores their meaning and understanding by human cognition, Fischer instead lets the code do what it will, and allows new interpretations to emerge instead. 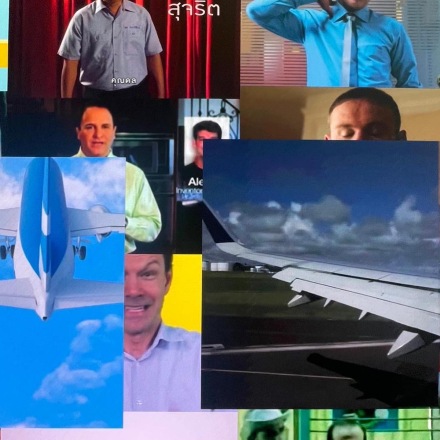 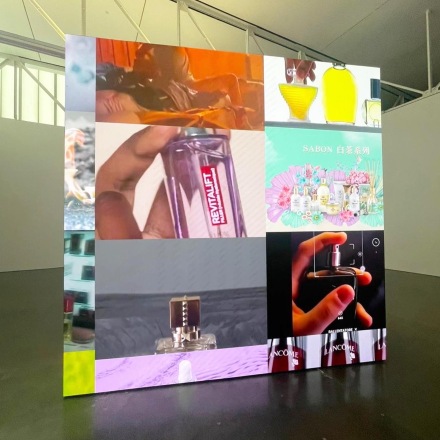 By contrast, People is a full-scale recontextualization of room 43 of the National Gallery, overlaid with a 360-degree projection of heads sourced from online videos. In this installation, the turn-of-the-century museum interior becomes a medium, illuminating occidental culture at the moment of its decoupling from institutional power and transforming it into an individualized form of expression, the projected heads representing thousands of people in the act of sharing their opinions with remote audiences. Space is deconstructed, as is the act of viewing. Fischer presents both an audience and art in equal measure, almost akin to Jeff Koons’s Gazing Ball series, where the viewer’s participation in the work becomes part of its image. Here, though, Fischer takes a macro lens to the concept, instead presenting a full mass of faces rather than a single viewer, turning the room into something of self-contained system. 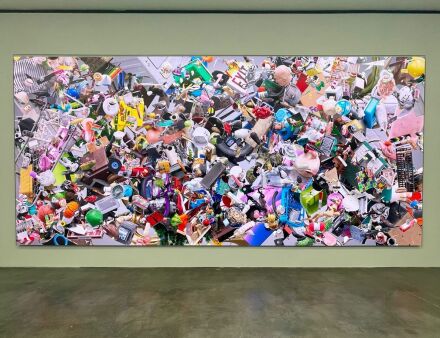 CHAOƧ #501 is the culmination of a multiyear series of digital sculptures. The inaugural visualization on view in New York is a two-dimensional rendering—displayed on a 14-by-30-foot 8K wall display—in which all one thousand digital objects from the CHAOƧ series move independently of each other through a defined space. Each element in the CHAOƧ series is based on an everyday object that has undergone a metamorphosis from physical to digital existence through a variety of scanning processes. The details and imperfections found in the physical world are intentionally preserved.

The totality of the show, as a result, presents works that create their own systemic limits, works that seem to almost forego an end-user, favoring instead a system of its own. It’s as if Fischer were asking what the meaning of an audience is in the modern era, and even, perhaps, if that audience needs to be human.

This entry was posted on Friday, October 14th, 2022 at 12:24 pm and is filed under Art News, Featured Post, Show. You can follow any responses to this entry through the RSS 2.0 feed. You can leave a response, or trackback from your own site.