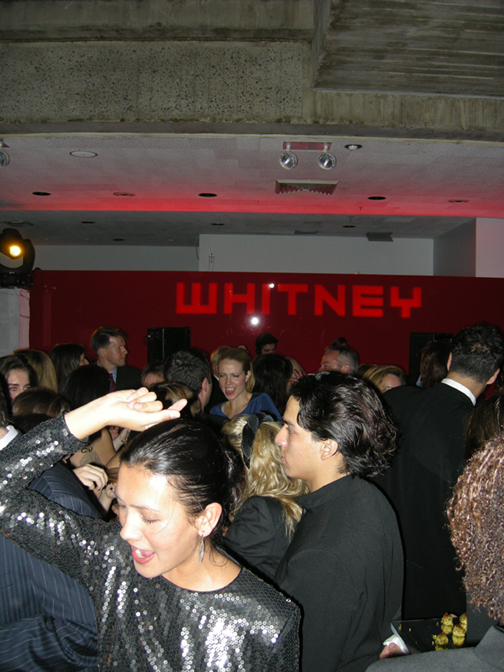 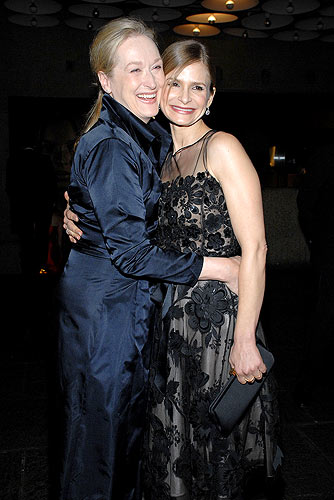 via ArtInfo.com
Actresses Meryl Streep and Kyra Sedgewick, two of the Gala co-chairs

This year’s Gala was held in honor of American artist Chuck Close, the first artist to sit on Whitney’s Board of Trustees, who will be leaving after seven years. He was in top form, dominating the lit up dance floor on his electric wheelchair with a swathe of sequined art girls boogieing all around him. It was hard not to dance, given the musical selection was described by revelers as “cruise ship music” and “like my niece’s Bat Mitzvah”. 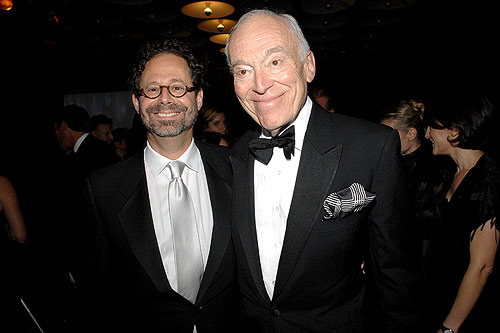 These Whitney events have become the hot new parties of the New York scene drawing a well-heeled mixture of art worlders and Hollywood alike, with a pleasant peppering of errant socialites. Kyra Sedgewick, Meryl Streep and Candice Bergen were present, along with designers Vera Wang and David Yurman, and artist Jeff Koons. Whitney chairman and museum benefactor Leonard Lauder was in attendance as well, spotted with Alberto Mugrabi and Whitney director Adam Weinberg. 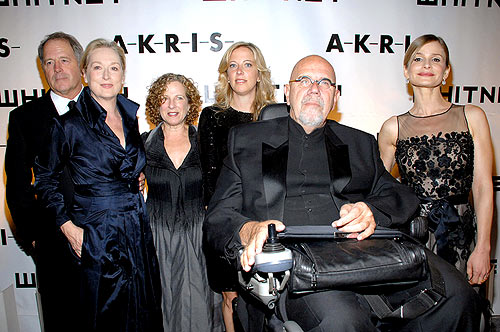 This entry was posted on Wednesday, October 24th, 2007 at 3:05 pm and is filed under Art News. You can follow any responses to this entry through the RSS 2.0 feed. You can leave a response, or trackback from your own site.