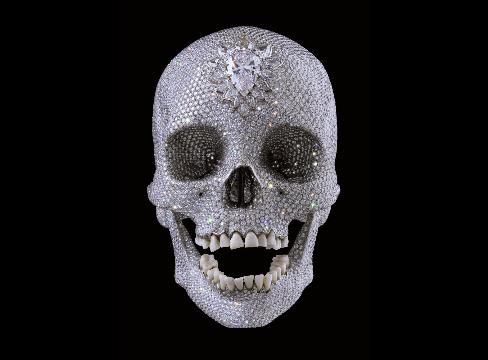 Damien Hirst‘s diamond-studded skull, “For the Love of God”, which sold to a private investment group earlier this year, will make an appearance at Russia’s State Hermitage Museum as part of a contemporary arts exhibit which will open later this month. According to an article in Bloomberg, this is not part of the planned museum tour, but it is a possibility that they may start in Russia.

An official museum run would take up to six months to plan. Hirst says he wants to show the skull “in all the best museums around the world. I just want people to see it. We had a great reaction when we showed it in London, and it’s been in all the newspapers all over the world.”

Although Hirst is eager for his skull to gain more press, he remained tight-lipped about the mysterious investment group surrounding the sale. “It’s been sold. I can’t say to whom, because I’ve signed a lot of confidentiality agreements. They want to remain anonymous.”

This entry was posted on Monday, October 8th, 2007 at 3:17 pm and is filed under Art News. You can follow any responses to this entry through the RSS 2.0 feed. You can leave a response, or trackback from your own site.