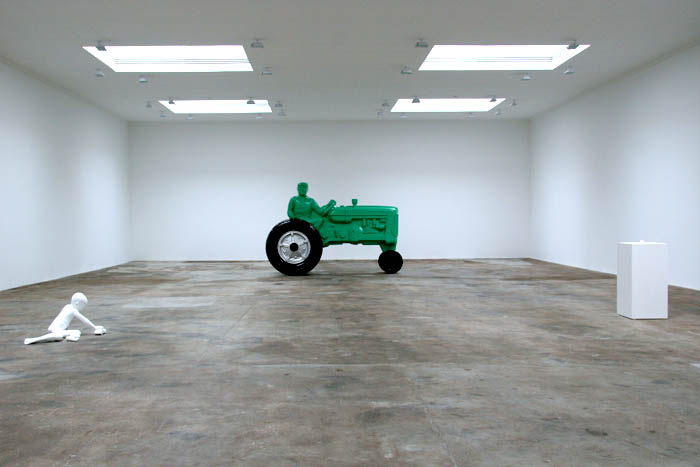 Peering inside Matthew Marks‘ West 22nd Street space at a distance, Charles Ray’s latest pieces—The New Beetle, Egg & Father Figure—appear plastic, as if made using molds. The soft and very particular light of the gallery reflects off of their form, rendering them smooth, shiny and inviting, despite Ray’s typical choice of provocative and somewhat repulsive subject matter. 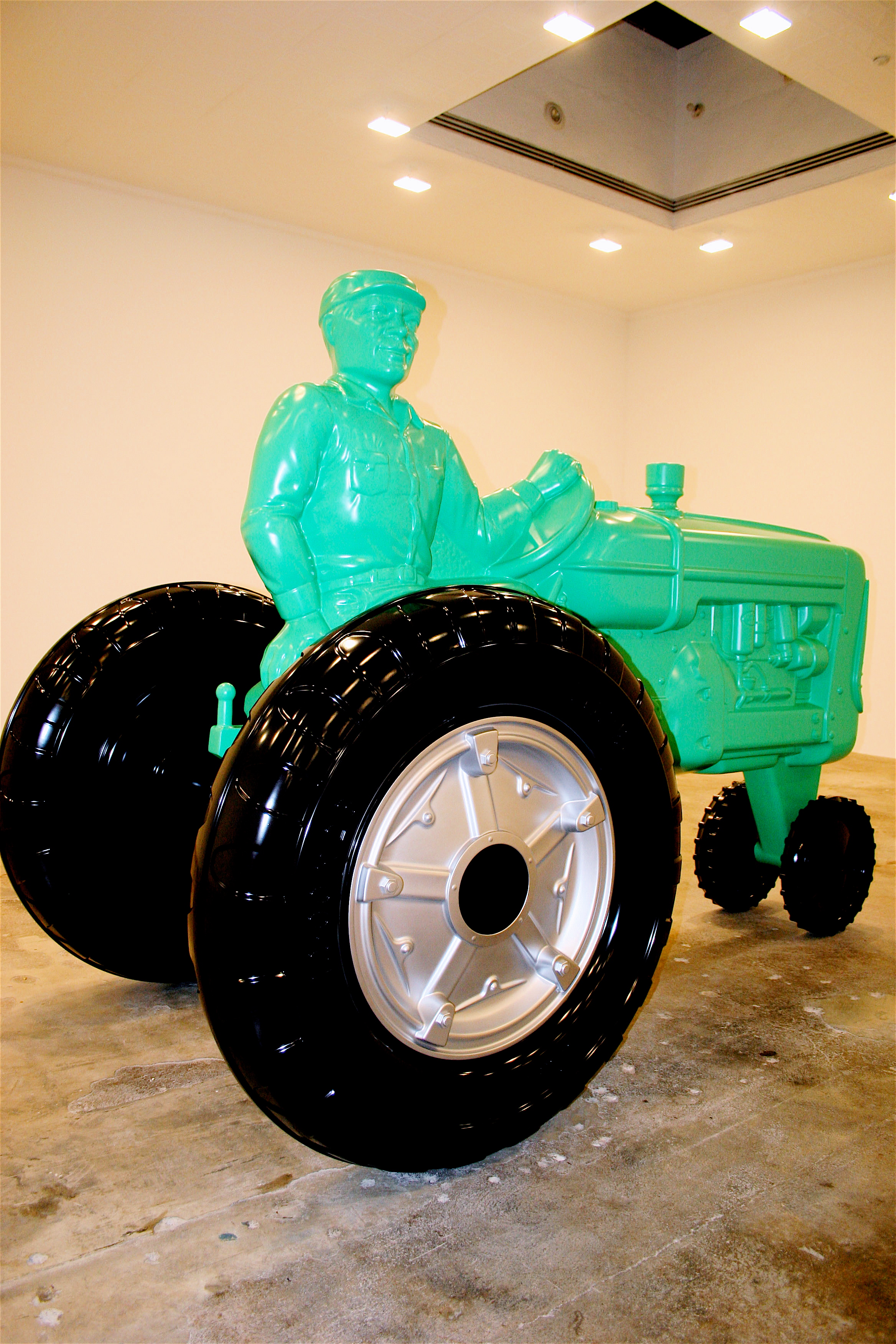 Ray made the three sculptures in the shape of a nude young boy playing with a toy car (The New Beetle), an adult male figure in his tractor (Father Figure), and an egg, with chick partially exposed within (Egg). As they are the only pieces in the (rather spacious) gallery, they appear so fragile one cannot help but want to keep his or her distance. 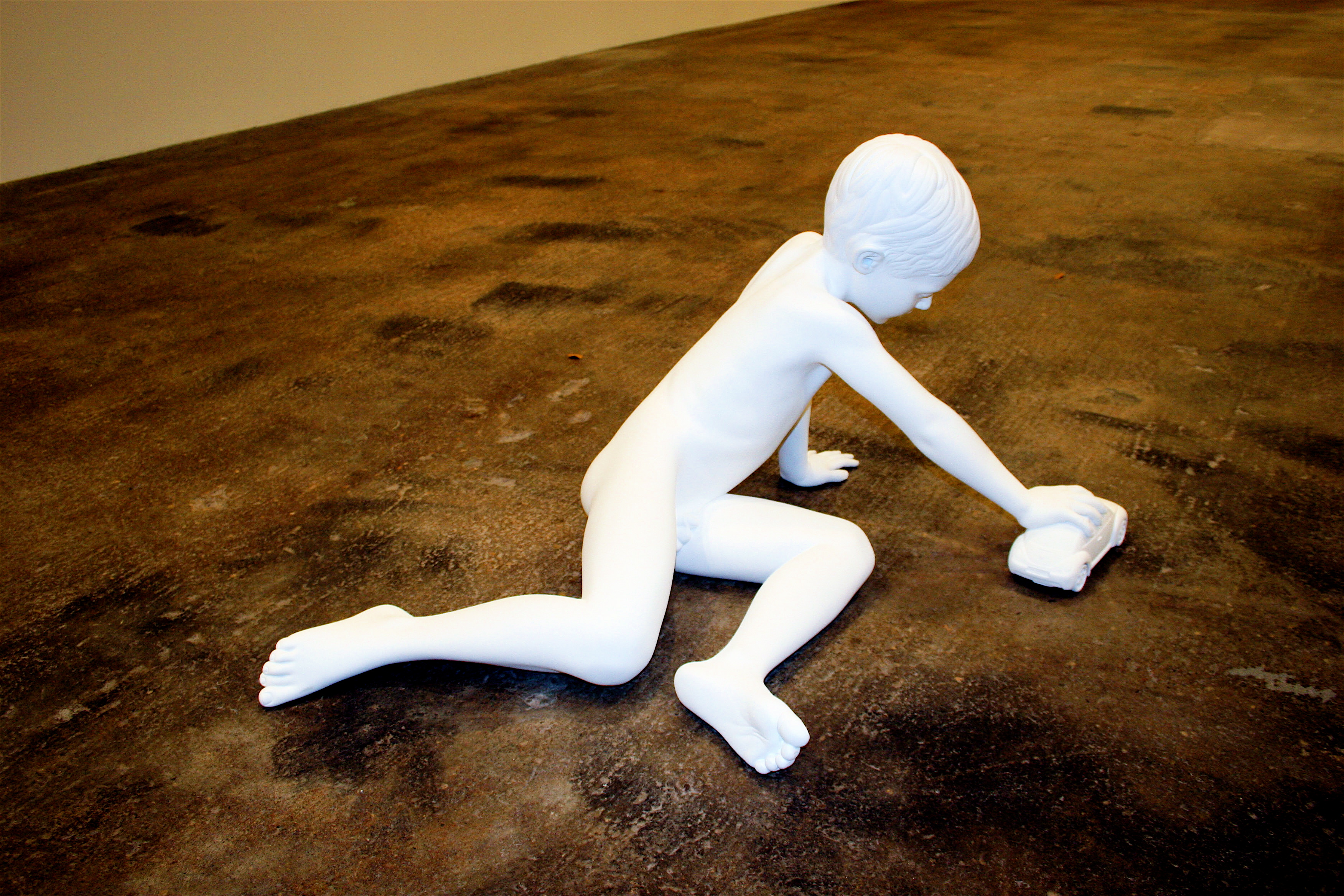 Father Figure is particularly sterile and frightening. There is a stark contrast between the army green of the “tractor” jars with the pure white of Beetle and Egg, although both colors are based in nature. Coupled with Father’s size and the stock-look of contentment on his face, Ray has channeled an agrarian nightmare or a “Children of the Corn” vibe. 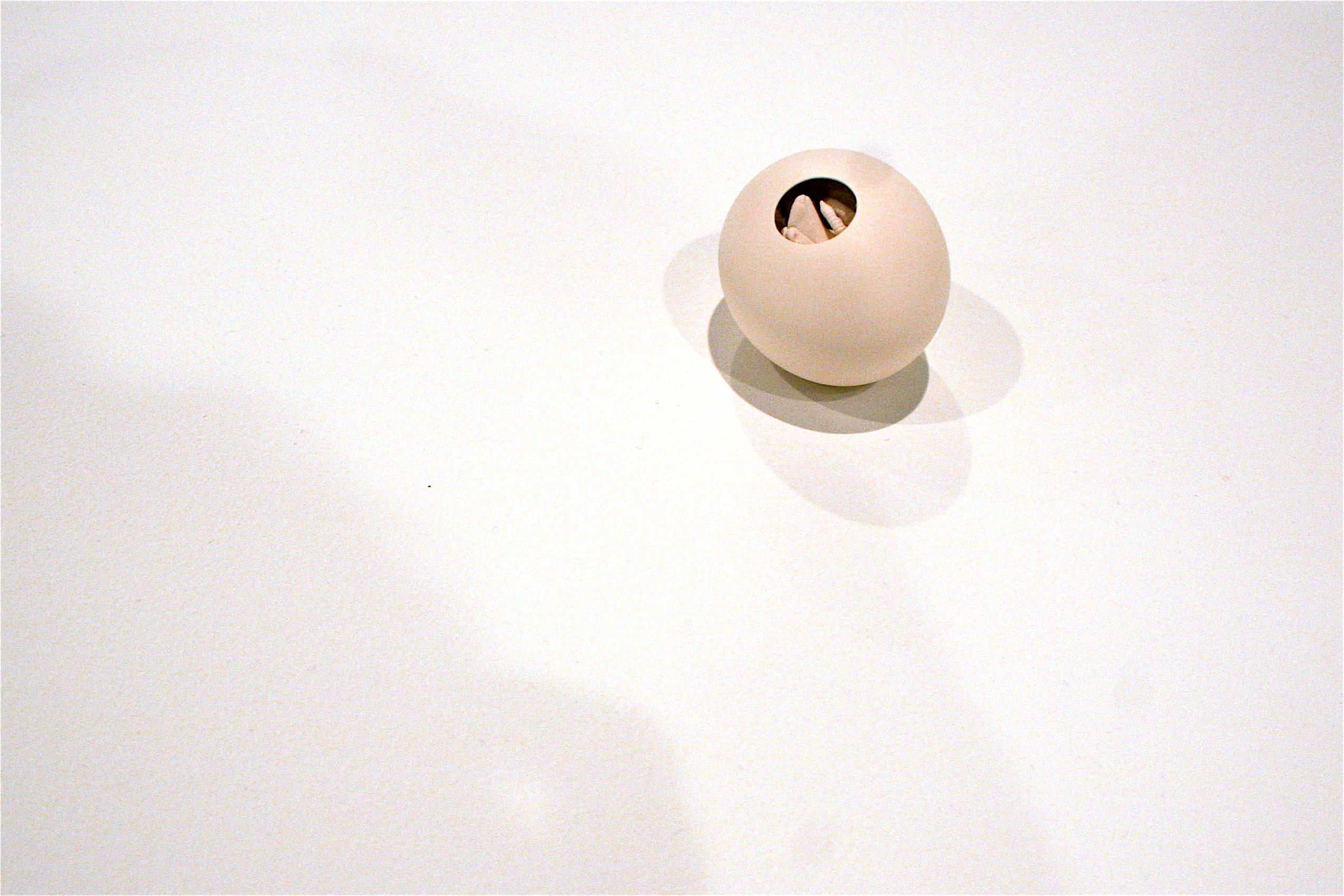 The piece with the most self-explanatory title, Egg, is also perhaps the most alluring (not necessarily because it doesn’t unnerve) in its combination of organic form, the ovum, with a man-made, perfectly formed circle through which one may peek inside. The tiny legs of the chick are so detailed, one feels privy to a particularly close look at the animal, and thus feel hyper-aware of their own bodily presence at the same time. Ray’s new work is precious, breathtakingly serious and worth checking out, if only for the creep factor. –Christine Larusso

This entry was posted on Thursday, November 22nd, 2007 at 5:22 pm and is filed under Art News. You can follow any responses to this entry through the RSS 2.0 feed. You can leave a response, or trackback from your own site.

One Response to “Charles Ray at Matthew Marks Gallery”