Damien Hirst’s “Love You” up for auction via Bloomberg

The auction featured a well-lauded lineup of 75 artists highlighted by Richard Prince, Jasper Johns, Damien Hirst, Ed Ruscha, Francesco Clemente, Jeff Koons, Banksy, Andreas Gursky, Antony Gromley, and Murakami. Notable works sold include Hirst’s “Where there’s a Will there’s a Way”, a medicine cabinet filled with anti-viral HIV drugs, sold for $6.2 million, Banksy’s “Keep it Spotless”, grafitti on an actual work of Hirst, set a record for the artist, selling for $1.6 million and Jeff Koon’s “Blue Rabbit Wall Relief”, silk screen on steel, sold for $2.035 million as well, topping its $1 million estimate. Over 99% of the works were sold benefiting the United Nations Foundation for HIV/AIDS programs in Africa. 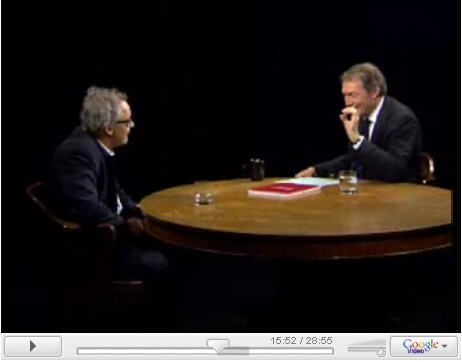 Damien Hirst Interview on Charlie Rose, click through for video

Damien Hirst’s “Love You” via Bloomberg

Hirst and Bono in an ad for the Auction via Bloomberg 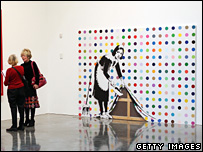 Coventry Evening Telegraph (England) March 23, 2004 Searching for an old friend I AM trying to find a long-lost friend from Coventry.

His name is Dave Gilmore, originally from Outermarch Road in Radford, Coventry. He also had two brothers, one of whom was called Robin. web site christmas card sayings

My name is Jim McKinley, formerly of Owenford Road, Radford. My wife Pat and I are living in Wellington, New Zealand. I would be overjoyed to hear from him or his family.

His last known address was 8045 Bloomfield Avenue, Apt Z, Montreal, Canada, at which I have had no luck. see here christmas card sayings

WE are trying to trace a dear friend of ours who lived in Coventry at Nova Croft, Eastern Green.

Her name is Jane Burns. In about 1995 she left Coventry and went to live in Wales.

We didn’t hear from her until 1998, with a Christmas card saying she had returned to Coventry, and would be in touch.

Soon after that we moved to Australia.

Jane was married to Ray and had two sons. She had worked at Massey Ferguson for a number of years. We would really love to hear from her.

This entry was posted on Friday, February 15th, 2008 at 1:27 pm and is filed under Art News. You can follow any responses to this entry through the RSS 2.0 feed. You can leave a response, or trackback from your own site.