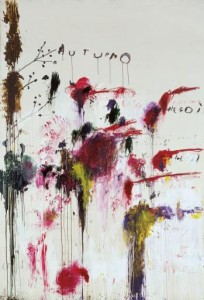 From June 19 – September 14, the Tate Modern presents the first solo retrospecitve of Cy Twombly in 15 years.  Twombly, an abstract expressionist painter, is regarded as one of the most influential artists of our time. 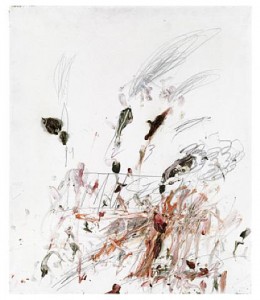 This show provides an overview of his work from the 1950’s to the present. He is well known for his large scale calligraphic graffiti style paintings, primarily using the colors tan, grey, or off white colors. He is known for blurring the line between drawing and painting.  Many of his paintings suggest of years and years of graffiti on the bathroom wall or someone practicing their cursive writing on a blackboard. 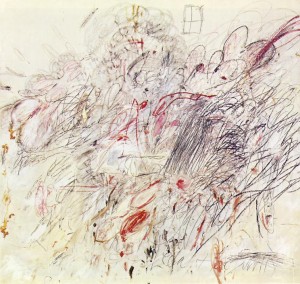 Twombly, Leda and The Swan (1962) via ArteAbstract

Nicholas Serota, Director of the Tate said, “To be able to see these two great painting cycles together for the first time since they were parted in Twombly’s studio will create a moment of huge impact.  Uniting them will form the heart of the exhibition. We are very grateful to MoMA for helping to make this possible.” 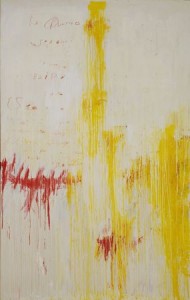 This entry was posted on Thursday, June 26th, 2008 at 6:39 pm and is filed under Go See. You can follow any responses to this entry through the RSS 2.0 feed. You can leave a response, or trackback from your own site.