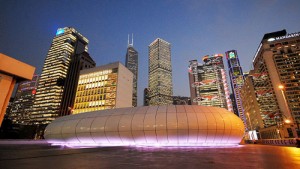 The Pritzker prize winning, Iraqi-born, Zaha Hadid is the name marking Chanel’s newest and (potentially) most audacious endeavor to date in the merger of art and fashion. The project is a “portable” exhibition of contemporary art. The Mobile Art project, which is essentially a globe trotting collapsable pavilion, was designed by Hadid and has thus far served to bring contemporary art to the general public at its first world location: Tokyo, Japan. 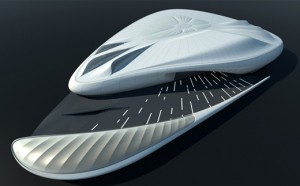 The moving masterpiece is as much a noted technological accomplishment as it is beautiful. The pavillion is low, and just kisses the ground, and as such is striking in comparison to the vaulting skyscrapers that surround metropolitan Tokyo. The exhibit itself is comprised of works from twenty specifically commissioned artists, with Chanel being bold enough to tailor the vision of these pieces to fit into its manifest fashion theme. 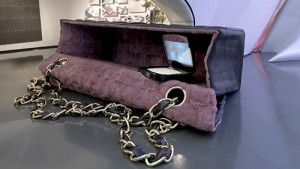 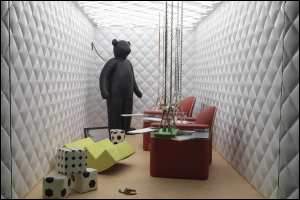 The fifty-eight year old “starchitect” Zaha Hadid constructed Chanel’s mobile pavilion out of gleaming white, lightweight panels that can be deconstructed down to 51 shippable containers. The architect’s desire for organic form fluidity is rarely if ever compromised in her work. Instead of of a traditionally geometric or “boxy” design, Hadid put together fusing “art and architecture.” The result: a beautiful and if complex design that is (relatively) easy to construct. 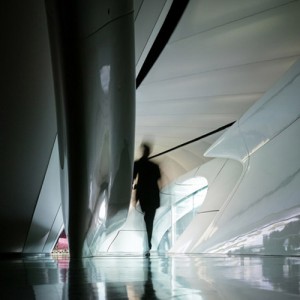 Inside the Chanel pavilion via The Burn Lab

Chanel’s pavilion or “container,” as it has taken to being called, takes three weeks to take down and four to assemble. The exhibit is set to also tour Hong Kong, New York, London, Paris, and Moscow over the course of the next two years.

This entry was posted on Wednesday, June 11th, 2008 at 6:11 pm and is filed under Art News. You can follow any responses to this entry through the RSS 2.0 feed. You can leave a response, or trackback from your own site.