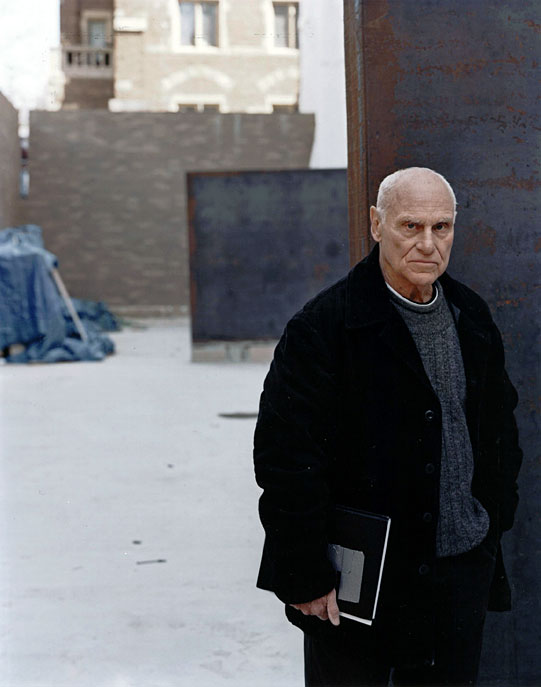 A documentary, Thinking on Your Feet, directed by Maria Anna Tappeiner on the contemporary sculpting giant Richard Serra is on screen at Film Forum in New York until September 2nd.  Screening of the movie created hype among the Serra enthusiasts well before its premiere yesterday, drawing attention from media. The documentary enables spectators to follow the production process of the artist’s major grand scale sculpture ‘The Matter of Time,’ which was commissioned by Guggenheim in Bilbao, Spain for $20 million. In the film, a breathtaking scene where 40 ton solid steel plates are put together manually was included to highlight the on going dynamic tension between human labor, mathematics, and gravity that Serra persistently communicates through his sculptural works. It is the tale of a contemporary sculptural legend condensed into 94 minutes that Serra fans should not miss. 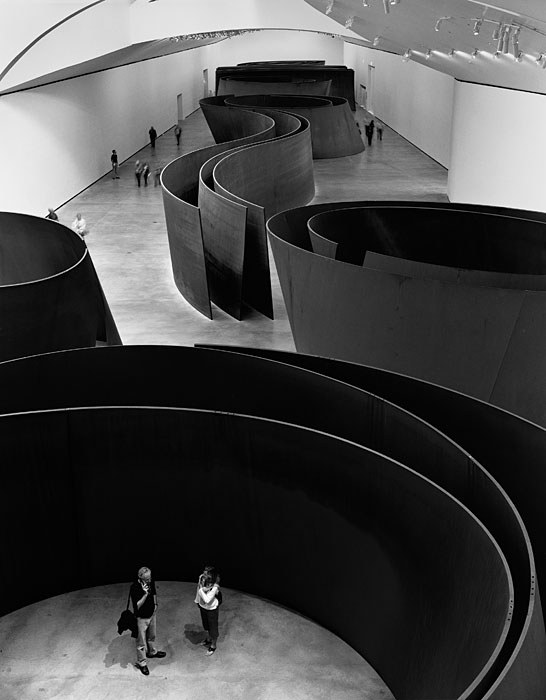 The Matter of Time (2005), Richard Serra, Guggenheim via Art Info

This entry was posted on Thursday, August 21st, 2008 at 9:55 pm and is filed under Art News. You can follow any responses to this entry through the RSS 2.0 feed. You can leave a response, or trackback from your own site.