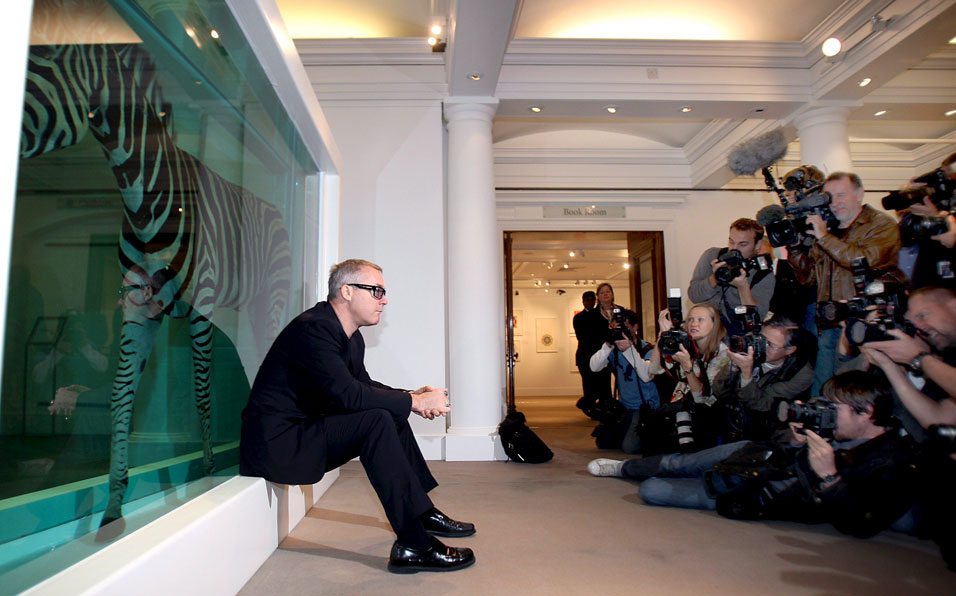 Damien Hirst poses beside his work of art ‘The Incredible Journey‘ at Sotheby’s in London on Monday, September 8 via Art Daily

Damien Hirst’s Sotheby’s sale, Beautiful Inside My Head Forever, is taking place in London this afternoon and this evening.  The Sotheby’s sale is made up of 223 lots and estimated at over $115 million. There has been a flurry of more recent news and skepticism surrounding this controversial event as the Sotheby’s/Damien Hirst PR machine kicked into full gear. Perhaps most notable in the press buzz was that the globally respected Australian art critic, Robert Hughes, last week referred to Hirst’s artwork in the sale as “absurd” and “tacky commodities.” This press event was notable in that it actually elicited a response from Hirst himself. The Telegraph reports that Hughes has labeled Hirst’s formaldehyde tiger shark, which was sold by Charles Saatchi in 2004 for nearly $10,000,00, as “the world’s most over-rated marine organism.” Additionally, there was buzz in the press of Sotheby’s stock reacting to lower price estimates before the sale. Art Observed will have a roundup of the relevant news stories, a review of the sale, its results and ramifications when the auctions closes in a matter of hours.

Damien Hirst Presents His Works of Art In Historic Sale to be Held at Sotheby’s in London and Upcoming Sotheby’s Auction and Hirst’s Publishing Company, Other Criteria, Share Similar Aim, to Democratize Art [Art Daily]

Form a queue for Damien Hirst’s sale of the century and Commentary: Hirst betting his reputation on this sale and Does Damien Hirst’s auction at Sotheby’s mean the end of the gallery? [Times Online]

Day of the dead: Robert Hughes explains and Hirst’s auction does not demean the art world and Reformed Britart rebel takes time out with £65m sale [Guardian] 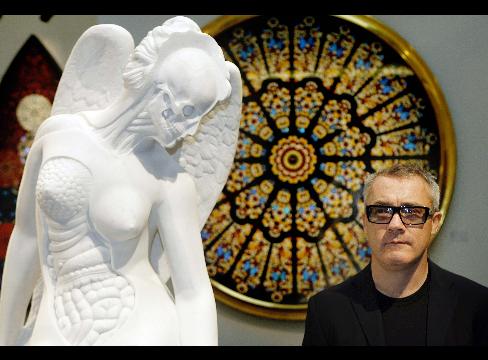 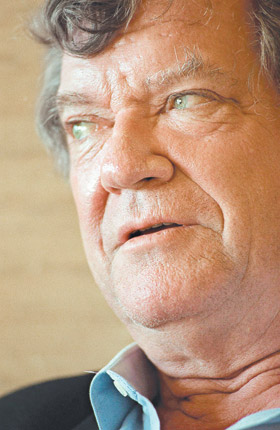 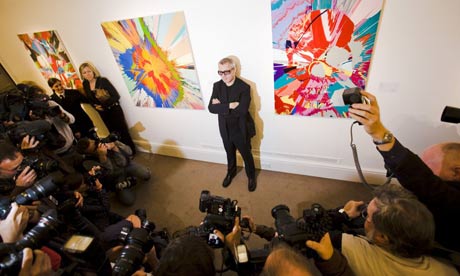 This entry was posted on Monday, September 15th, 2008 at 12:10 pm and is filed under Art News. You can follow any responses to this entry through the RSS 2.0 feed. You can leave a response, or trackback from your own site.