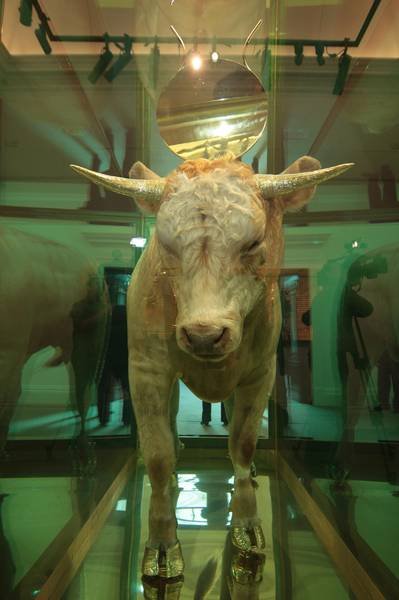 Sotheby’s quotes Damien Hirst as saying “I think the market is bigger than anyone knows. I love art, and this proves I’m not alone.” After much fanfare and controversy, and against the surreal backdrop of a severe financial market collapse led by Lehman Brothers buckling in the largest bankruptcy in US history, “Beautiful Inside My Head Forever” Damien Hirst’s direct-to-the-market auction by Sotheby’s London, was a conclusive success. Perhaps boosted in part by a recently lower British pound, the groundbreaking sale collected $127 million dollars (£70 million) on the first day, and an additional $72.9 million dollars (£40.9 million) on the second day for a grand total just shy of $200 million dollars, beating the previous record for the auction of a collection by a single artist formerly held by Picasso by roughly ten times, which fetched $20 million for an 88-work collection in 1993. Over three sessions, 218 of the 223 lots changed hands with some works sellng for well below their low estimates and others selling for multiples of high estimates.

Damien Hirst, 43, already the U.K.’s wealthiest artist, reportedly made roughly £50 million pounds from his bet to circumvent dealers in a direct to public auction that was described by some as a “clearance sale.” Sotheby’s collected £15.8 million pounds in buyer’s fees and Hirst was not charged any seller’s commissions.

CultureGrrl noted [via C-Monster] that contrary to what is mostly reported in the press, if buyer premiums are taken out of the final sum, the auction did not meet the higher end of expectations. However, the sale was nonetheless a strong success especially considering reports that five works that did not sell by the hammer sold immediately after the auction.

The top sale of the auction was lot number 13 (pictured above), The Golden Calf (2008). Besides being an aggressive metaphor from the Book of Exodus story of false idolatry, the work is a pickled calf in formaldehyde with golden hoofs, horns and disc hovering over its head in a gold plated case on a plinth of marble. This piece sold for £10.3 million pounds to a telephone bidder, beating Hirst’s previous auction record in June 2007 when Sotheby’s London sold Lullaby Spring, a collection of pills in a vitrine, for £9.65 million.

The second highest lot price (pictured below) went for The Kingdom (2008), which is a 7-foot tiger shark in formaldehyde in a black steel tank. This work changed hands for £9.56 million, well over its £6 million high estimate after a telephone bidding battle.

The third-highest priced sale was for Fragments of Paradise (pictured below), sold to a telephone bidder, beating Hirst’s London dealer Jay Jopling in the bidding, for a final sale of £5.19 million. This piece is made up of manufactured diamonds in a stainless steel vitrine and sold for multiples of its estimate of £1 million to £1.5 million.

By way of comparison, Lucian Freud’s 1995 nude portrait Benefits Supervisor Sleeping, was sold for £17.2 million at Christie’s in New York earlier this year. This painting will maintain the auction record for a single work for a living artist. Jeff Koons’s Balloon Flower sold in June of this year for £12.9m and is in second place for sale price for a single work by a living artist.

Other works did not fare as well. The Incredible Journey (pictured below), another formaldahyde work featuring a zebra, closed at £1.1m which was under half the work’s low estimate. The installation pieces Time to Kill and Killing Time, which consist in part of empty office desks in glass cases mixed with other objects such as a blackberry device and a luxury watch, both failed to sell, despite their being given a lower valuation of £400,000 pounds each.

The butterfly works and spin paintings did especially well overall in the auction, relating presumably to Damien Hirst’s pledge to discontinue the series just prior to the auction reported by Art Observed previously here. After all the controversy, Jopling and Gagosian were themselves active bidders. In fact, there was some mention in the rumor circles that Jopling was provided an incentive to bring his stock of buyers to the auction.

Some of the works in Beautiful Inside My Head Forever were auctioned for charity, including a number of butterfly works, the proceeds of which will go to charities of Hirst’s choosing. 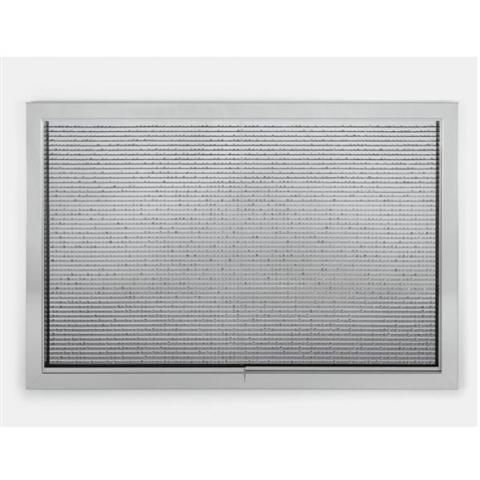 Damien Hirst, Auction: Beautiful Inside My Head Forever / “Fragments of Paradise” stainless steel and glass with manufactured diamonds via artnet [sold for £5.19 million] 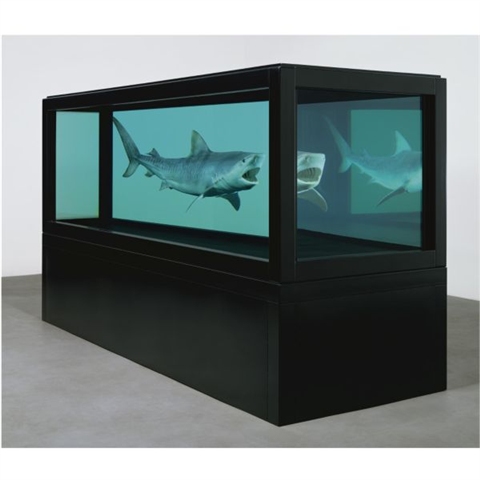 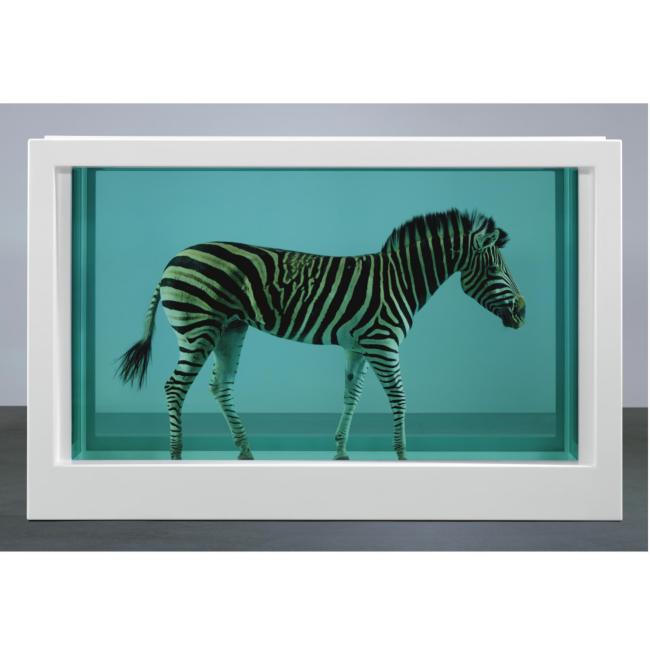 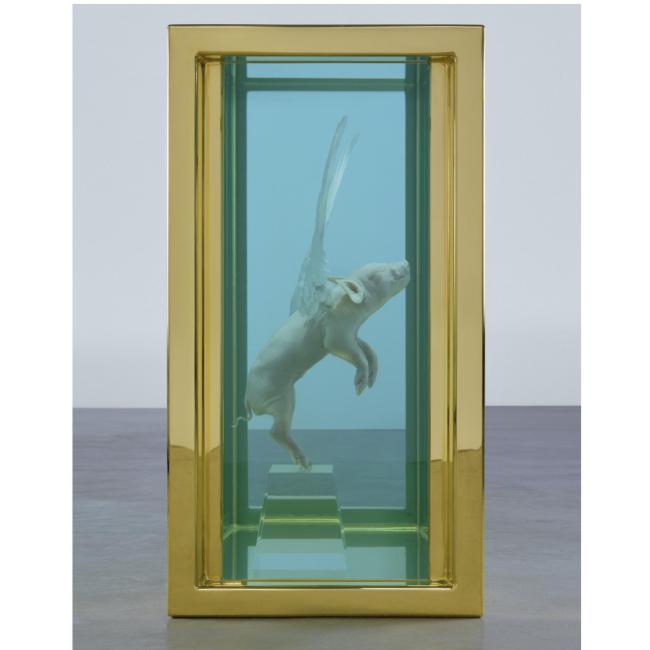 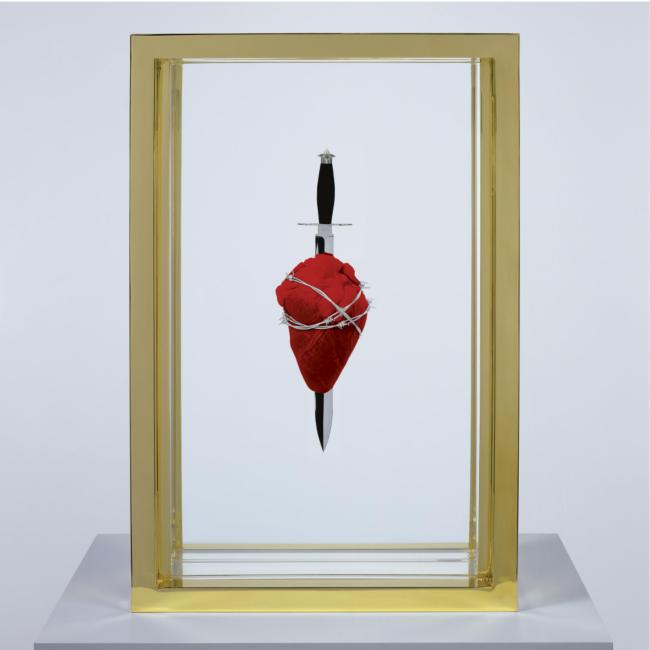 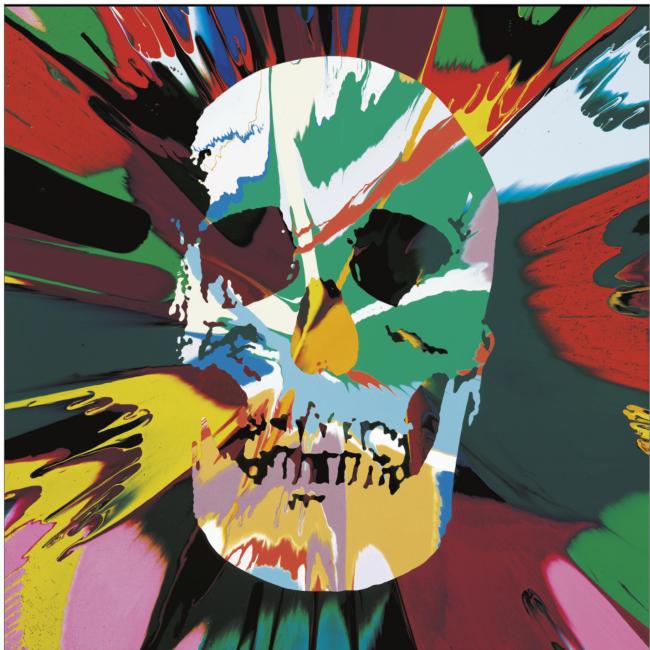 
This entry was posted on Wednesday, September 17th, 2008 at 8:56 am and is filed under Art News. You can follow any responses to this entry through the RSS 2.0 feed. You can leave a response, or trackback from your own site.