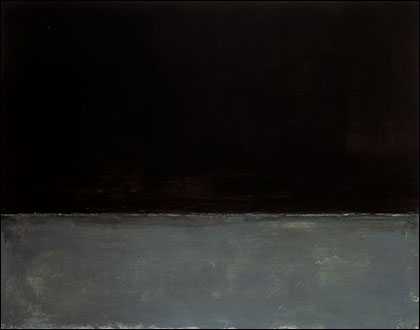 An untitled 1969 work by Mark Rothko via Telegraph The painting, created a year before the artist committed suicide, displays the dark color palette the artist primarily used during his last years of life a period that was said to be increasingly lonely and isolating for the artist.

Opening today at the Tate Modern is retrospective of abstract expressionist Mark Rothko. The Latvian-born American artist has not had an solo exhibition in the UK in over 20 years. The exhibit includes Tate’s permanent Rothko colletion that consists of nine paintings known as the Seagram murals. The paintings which are usually on display in what is known as the Rothko Room within the Tate have been moved to a larger space and joined by another six Seagram murals on loan from Kawamura Memorial Museum of Art in Japan and the National Gallery of Art in Washington. In 1958 the artist was commissioned by the Four Season’s restaurant in New York’s Seagram building to create the works, earning the paintings the name Seagram murals. However Rothko ultimately deemed a restaurant as an inappropriate place to display the works and did not hand them over. Instead the artist donated many of the works, including several to the Tate. The exhibition will also include the 1964 series Black-Form paintings, 1969 series Brown on Grey works on paper, as well as works from his last series before his death Black on Gray made in 1969-70.

Three of the fifteen Seagram murals by Mark Rothko on display at the Tate, via Telegraph. 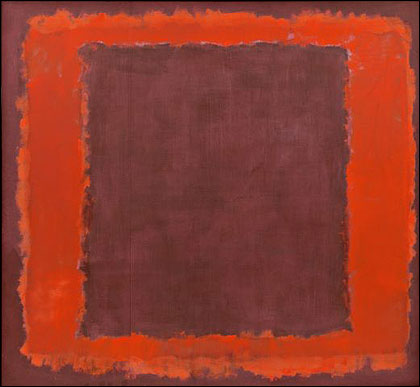 Mural for End Wall, 1959 by Mark Rothko via Telegraph. 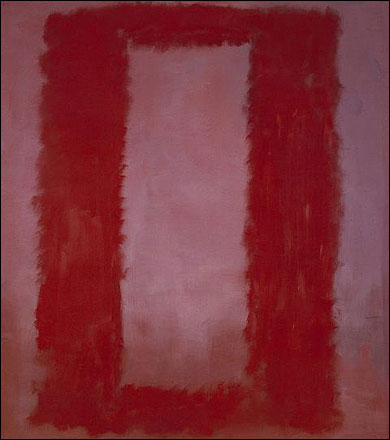 Red on Maroon, 1959 by Mark Rothko via Telegraph.

This entry was posted on Friday, September 26th, 2008 at 4:59 pm and is filed under Art News. You can follow any responses to this entry through the RSS 2.0 feed. You can leave a response, or trackback from your own site.