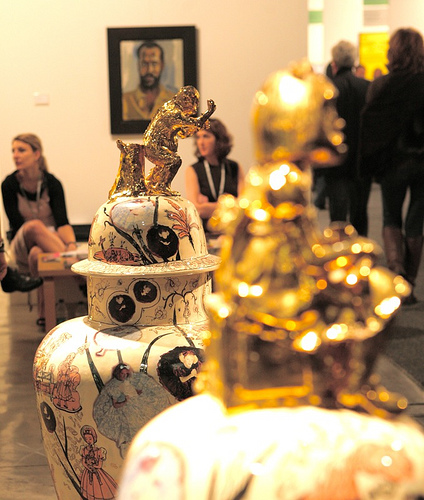 “The surprise is the business we are doing. Frankly, people are expressing more confidence in the art market than the government or Wall Street right now,” said Sean Kelly of Sean Kelly Gallery. The night of December 2nd, Vernissage attendees glittered and Piper Heidsieck champagne flowed.  More importantly, buyers were in attendance, asking questions and indeed, according to most of the galleries interviewed for this article, buying.  On Thursday afternoon, Douglas Baxter, President of Pace Wildenstein professed “We’ve met expectations.” Also on Thursday, when asked his feelings on sales from the night before, a representative at Cheim & Read insisted his artists have been selling well, pointing to Jack Pierson sculpture and a pile of William Eggleston’s photos.  Margherita Belaief of Peres Projects had the same confidence, “It’s hard to say so early but in general, Dash Snow’s pieces are selling strong.”  While hesitant to disclose precise numbers, the overall sentiment of the top galleries was optimistic.

However, it’s important to note while the larger known artists have been selling strong, some galleries have reported some difficulty selling lesser known artist pieces.  Alfons Klosterfelde at Klosterfelde was most direct: “People are asking more questions and really want to know the details,” but he said pointedly as of Thursday, “there have been less sales” and Klosterfelde remarked the pieces sold were from the gallery’s more known artists.

Photos and Writing by Faith-Ann Young

more pictures and story after the jump… 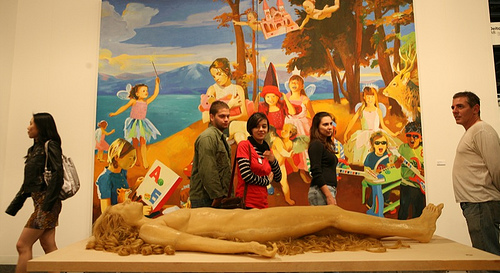 Thus, for next few days, steady sales will be imperative here to justify such optimism in Miami’s convention center.  Unlike other fairs, buyers at Miami Art Basel have been known to purchase after Vernissage and even up to the closing days.  Thus, while the first few days have been brighter than the dismal forecast, time (and final sale numbers) will tell a more complete tale.  In addition, if more established artists are selling at Art Basel, it may be the less established artists at Basel and the smaller satellite fairs in Wynwood that bear the brunt of the art recession.  Regardless, Sean Kelly reported on Thursday “everyone just feels a sense of relief; it hasn’t been this catastrophic storm of the art market.” In other words, the glass is still half-full of champagne here at Miami Basel. 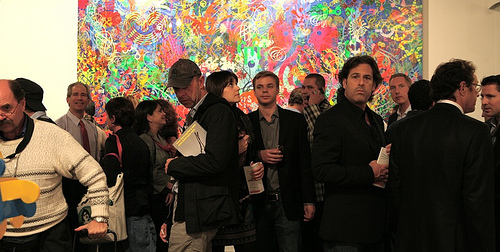 Vernissage crowd in front of Ryan McGuinness; Only A Thief Thinks Everybody Steals; 2008; Deitch Projects 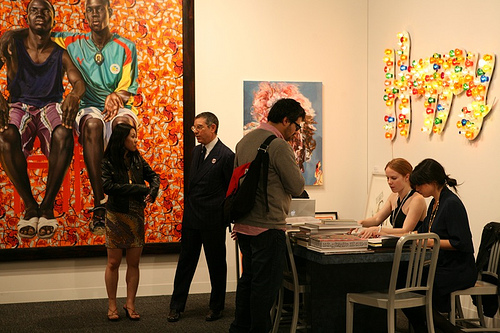 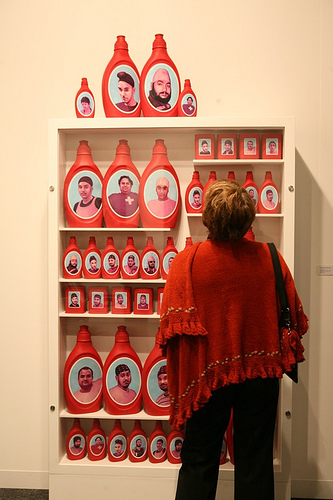 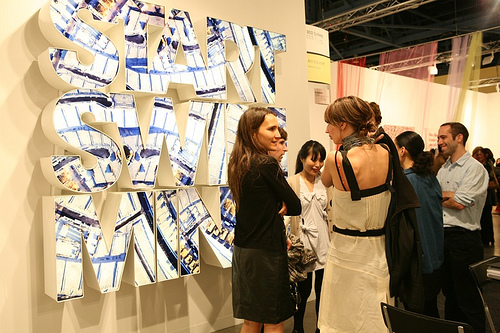 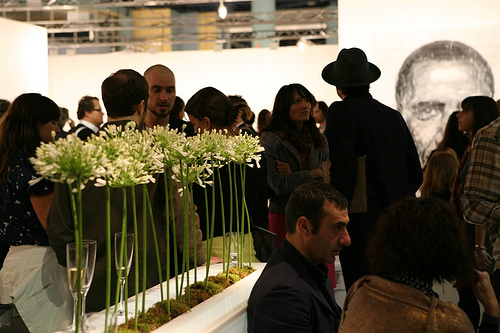 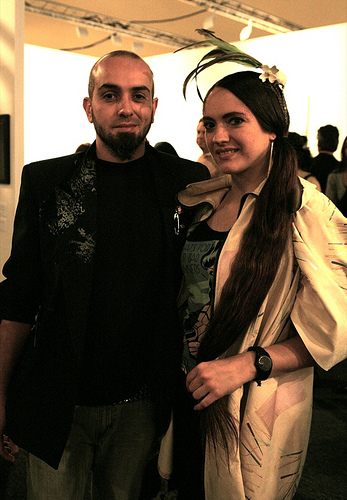 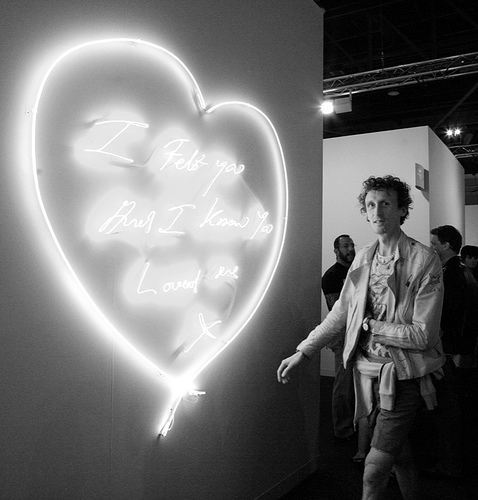 Spectator in front of Tracey Emin; I Felt You And I Know You Loved Me; Lehmann Maupin 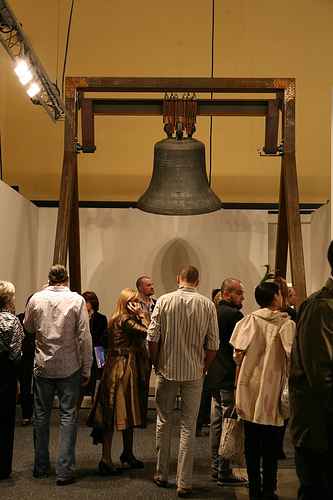 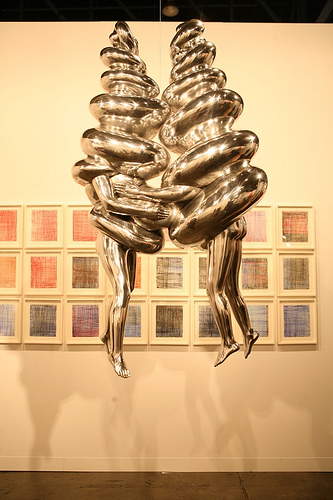 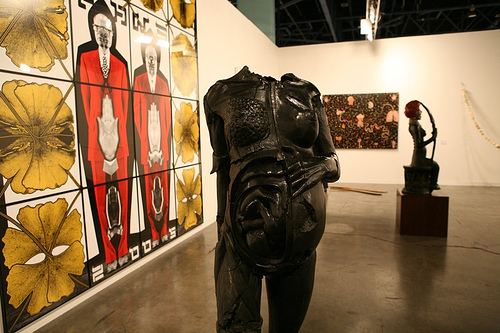 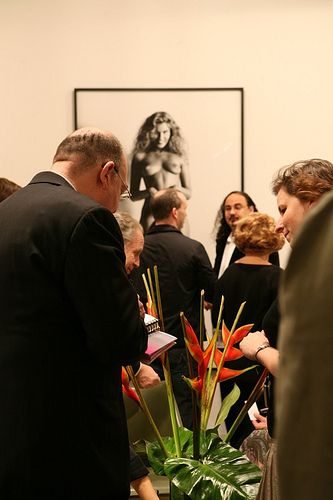 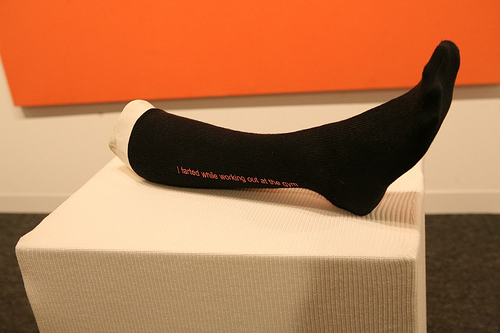 Erwin Wurm, I Farted While Working Out At The Gym; 2008; Galerie Krinzinger Vienna 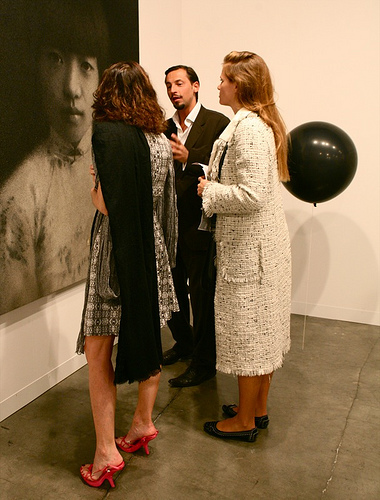 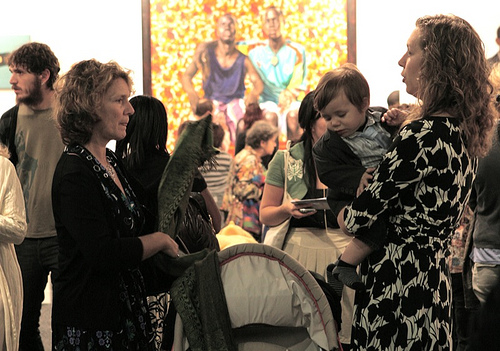 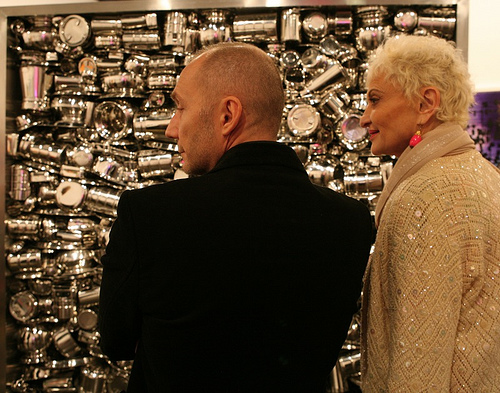 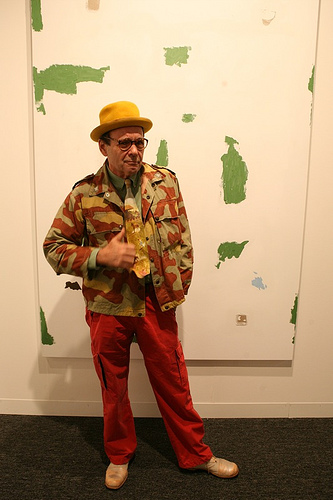 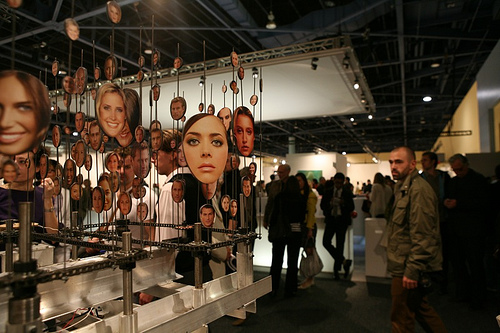 This entry was posted on Friday, December 5th, 2008 at 6:21 pm and is filed under Art News. You can follow any responses to this entry through the RSS 2.0 feed. You can leave a response, or trackback from your own site.