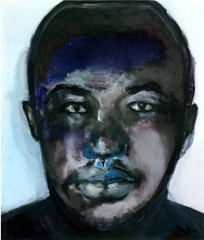 Marlene Dumas: Measuring Your Own Grave captures three decades of the South African artist’s expressionistic paintings and drawings at her first ever retrospective in the United States at the Museum of Modern Art. Featuring around 70 paintings and 35 drawings, the artist merges painterly aesthetics with political and social themes telling of the complexities of human existence. With often jarringly morbid colors, stained brush stroked canvases, Marlene Dumas depicts lurid yet melancholic scenes of pregnant women, murdered children, and victims of suicide and executions often with personal references. 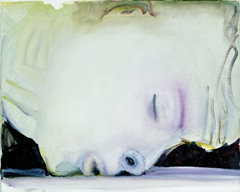 Almost all of Dumas’s work is based on photographs of tortured victims struggling to escape their troubled state of torment. Numerous discontented faces smeared with dark tones of paint hang from the exhibition walls capturing the soul of the artist’s model. One room is dedicated entirely to strippers and prostitutes where naked bodies are seen entwined as if taking part in an orgiastic dance-like ritual. Smudgy blurs and smears of paint recall the painterly technique of Abstract Expressionism as well as echo the mannerisms of Gerard Richter and Francis Bacon bringing the character of her subjects to life in a painfully true rendition of reality. 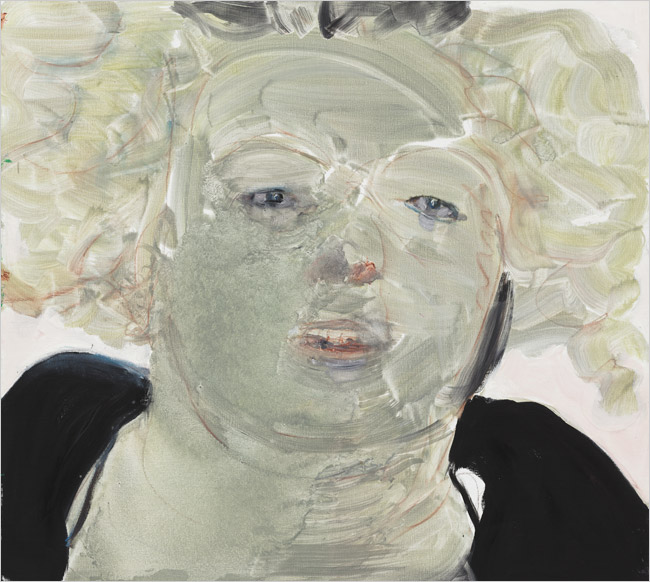 Self-Portrait at Noon, 2008 via The New York Times

Dumas’s background is one of cultural change. She was born in South Africa in 1953 and grew up speaking Afrikaans in the Kuila River, a farming town near Cape Town. Her father was a winemaker and died of liver disease when she was just twelve. She was left with her mother, a simple homemaker. Throughout her childhood she was surrounded by the violence and tragedy of the apartheid regime. Marlene Dumas has lived in the Netherlands since 1976 the year she left South Africa for Holland with a degree in fine art from the University of Cape Town. Integrating into the life of her new culture was incredibly difficult given her nationality from a respectful country. Dumas continued to study her art at conceptual-based art institution, Atelier ’63. She supported herself during that time by cleaning houses. 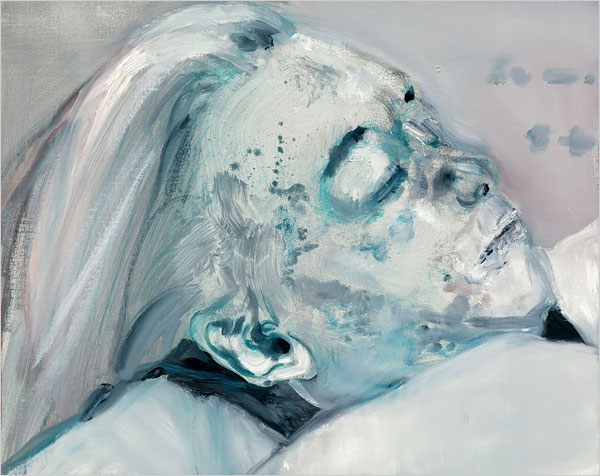 The exhibition’s title is taken from a painting the artist made in 2003 depicting a clothed woman hanging over some kind of bar. Her legs dangle and her hair hangs as if she is tempted to fall over yet holds back. This is the piercing beauty of Marlene Dumas’s work: being confronted with life’s edge–the temporary moment of sublime between the burdens of this world and the next.

More widely known in Europe than in the United States, this is her largest exhibition in the country and only her fifth solo show in New York. The exhibit will travel to the Menil Collection in Houston from March 16 to June, 21, 2009 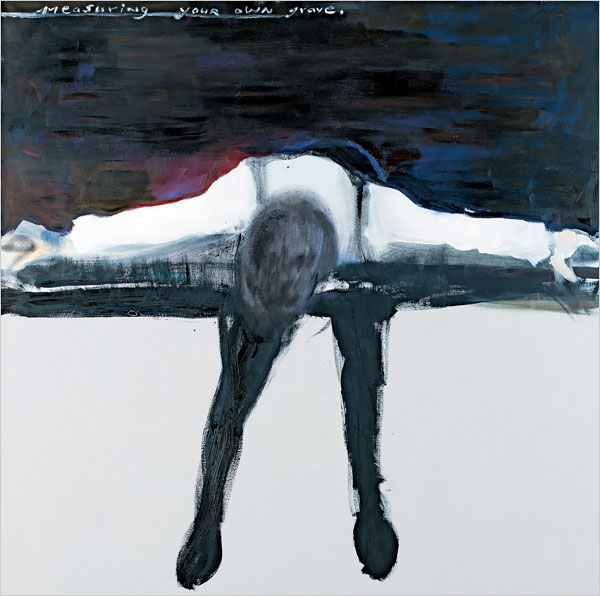 Measuring Your Own Grave, 2008 via The New York Times

This entry was posted on Wednesday, December 17th, 2008 at 1:18 am and is filed under Go See. You can follow any responses to this entry through the RSS 2.0 feed. You can leave a response, or trackback from your own site.