Rosson Crow’s ‘Texas Crude,’ which explores themes from American history and myth, is on display at Jay Jopling’s White Cube Gallery in London through February 21st, 2009.

Crow’s paintings depict locations set during historical periods or evocative of culturally significant events, devoid of people yet retaining vestiges of their presence–or rather, theatrical vestiges of their most Dionysian, excessive behavior. The settings tend to be large rooms at bars, hotels, or theatres, painted on a scale that inserts the viewer into the space.

‘Texas Crude’ continues in the vein of her previous works, with the titles of the paintings serving as a guide to their contents: ‘Wildcatting in Paradise’ serving as an exploration of the early days of Texas oil prospecting and its impact on the physical and economic landscape of Crow’s home state, while ‘New York Stock Exchange after Bond Rally 1919′ conjures the moment between the end of World War I and the Roaring 20s. Similarly, ‘Lincoln’s Funeral’ references the death and assassination of the President; a somber hearse carriage is the background to an explosive palette of red, white and muted blackish blue found in flowers and ribbons intersecting the painting. Crow’s style incorporates a wide array of influences, from Impressionism to Las Vegas to Baroque interior design.  The paintings in this show, like her oeuvre as a whole, reflect these influences and inspirations while tying them together in a very unlikely fashion, creating a very original and unmistakable aesthetic.

Crow, who graduated from Yale’s MFA program just over two years ago, and being born in 1982 is relatively young amongst those represented by the gallery,  is showing at White Cube for the first time.  Crow is also represented by Honor Fraser in California and CANADA in New York.  The artist, who was born in Texas, currently resides in California.

more images after the jump… 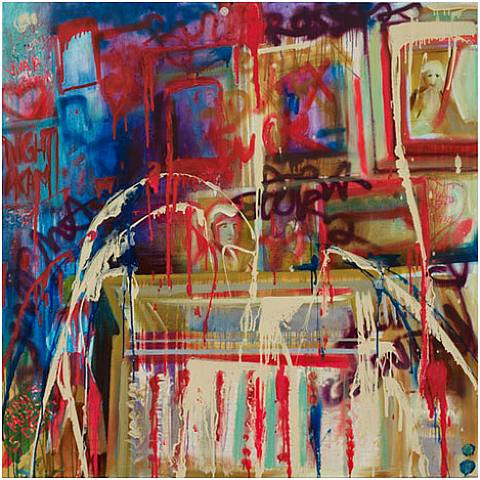 Jukebox At Tootsies (2007) by Rosson Crow, via Artnet 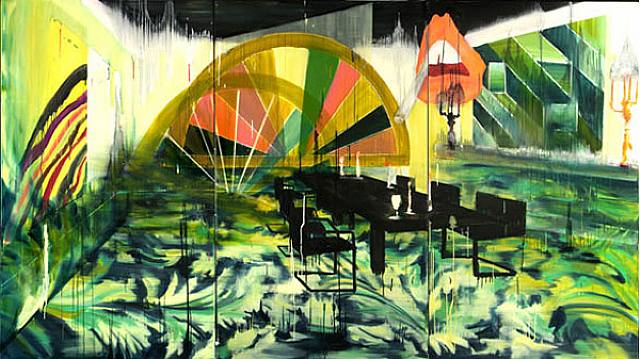 This entry was posted on Thursday, January 29th, 2009 at 10:08 am and is filed under Go See. You can follow any responses to this entry through the RSS 2.0 feed. You can leave a response, or trackback from your own site.