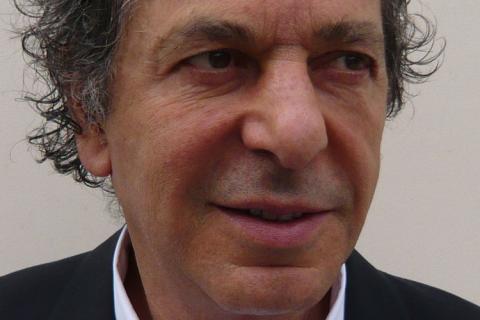 British art collector, Charles Saatchi, famous for launching the now established careers of “Young British Artists” of the 1990’s such as Damien Hirst and Tracy Emin and others, is set to preside over a new reality television show on BBC2, described as the Art X Factor.

In an attempt to be the next YBA Hirst or Emin, artists over the age of 18 and residing in the UK will submit their work online.  All artistic genres, from painting to conceptual, will be accepted.  A panel of art world experts will narrow the entries down to approximately 50 which will then be presented to Saatchi in the form of an exhibition.  Saatchi, himself, will then select six of these artists to participate in the TV show “Saatchi’s Best of British.”

Charles Saatchi is indisputably one of the most significant figures in the art world.  In 1970, Saatchi founded the advertising agency Saatchi & Saatchi with his brother Maurice.  By 1986 Saatchi and Saatchi grew to be the largest ad agency in the world, with over 600 offices.  Yet Saatchi is as much famous perhaps for his direct influence in the art market, establishing the Saatchi Gallery in 1985 in London.  He recently opened his new space in October of last year at Duke of York Headquarters Building in Chelsea, London (as covered by Art Observed here).  In 1997 he mounted an exhibition at the Royal Academy titled Sensation, which travelled to Berlin and New York ruffling feathers along the way and causing the regognition of the artists in the show to in most cases shift to an entirely higher plane.

The six artist contestants in the show will enter a specially created three month intensive art school taught by as of yet, unnamed famous artists.  The notoriously camera shy Saatchi will appear on screen interacting with contestants but will never speak directly to the camera.

After three months, Saatchi will silently select a winner whose work will be shown at the Hermitage Museum in St Petersburg, Russia, in October.  The exhibition will then go to Saatchi’s new gallery in Chelsea, West London but the collector, himself, will not be permitted to purchase the winner’s work.

Saatchi said of the show, “I am looking forward to the prospect of finding undiscovered British talent. Anyone with a fresh creative approach should enter – because nobody knows where the next art star will emerge from.”

According to the show’s executive producer, Peter Dale, the show also aims to “demystify” contemporary art and spark debate.  Viewers will be able to share their opinions on the series website.

This entry was posted on Tuesday, January 27th, 2009 at 2:41 pm and is filed under Art News. You can follow any responses to this entry through the RSS 2.0 feed. You can leave a response, or trackback from your own site.