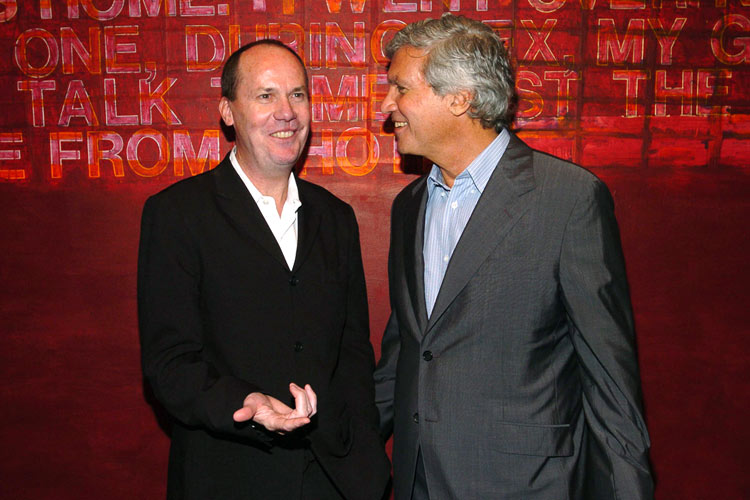 Patrick Cariou, a photographer, has filed a lawsuit against Richard Prince after the artist allegedly used photographs without consent from Yes Rasta, a book released by Cariou in 2000, in several of his works in his ‘Canal Zone’ series, which is based in part on a post-apocalyptic vision of the island of St. Barths (exhibit covered by Art Observed here).  Larry Gagosian and Rizzoli, the publisher of Richard Prince’s book, are also named as defendants. Gagosian’s involvement stems from the fact that the works in question were featured a month ago at the ‘Canal Zone’ show at his gallery, while Rizzoli is responsible for the book covering the exhibition.

Prince, who is most famous for collages of photographs from ads often featuring prominent brands and iconic figures, among other things, has caused a stir in the past due to allegations of copyright infringement and misappropriation.  In this specific instance, Cariou is especially incensed due to the fact that he spent 10 years in the mountains of rural Jamaica gaining the trust of the Rastafarians who are the subject of his book, only to have these images easily appropriated by Prince without any indication of context or subtext.

This entry was posted on Monday, January 12th, 2009 at 11:35 am and is filed under Art News. You can follow any responses to this entry through the RSS 2.0 feed. You can leave a response, or trackback from your own site.