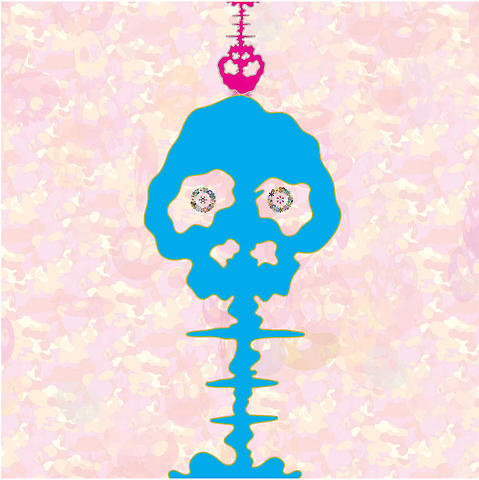 Bokan Camoulfage Pink (2009) by Takashi Murakami, via The Gagosian Gallery

Currently displayed at the Gagosian’s Davies Street gallery in London are new paintings by Takashi Murakami.  The compact exhibition features three larger scale paintings including new work in the Time Bokan series and from his trademark Kakai and Kiki characters.  The Kaikai and Kiki (2009) painting is accompanied by new paintings in the Time Bokan series that Murakami began in 1933. A central image in Murakami’s work is the skull-shaped mushroom cloud borrowed from the Japanese anime TV series from the 1970s. Found in both Time- Camouflage Moss Green and Bokan-Camouflage Pink, the cloud symbolizes the fall of the villain at the end of each episode but can be likened as well to the atomic bombing of Japan. 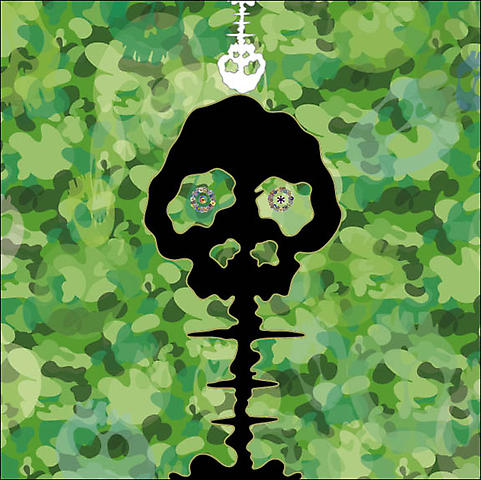 Lots, lots of Kaikai and Kiki (2009) by Takashi Murakami, via The Gagosian Gallery

Born in Tokyo in 1962, Murakami received his BFA, MFA, and Phd from the Tokyo University of the Arts. He founded the Hiropon Factory in Tokyo in 1996 that later became Kaikai Kiki, an art production and art management corporation. Kaikai Kiki also functions as an establishment to aid young Japanese artists. Murakami is also a curator and a cultural entrepreneur. His work combines the worlds of popular animé and manga cartoons with the refined and elegant techniques of traditional Nihonga painting. His art challenges established stereotypes between high art and popular culture, East and West, present  and past, and life and death. 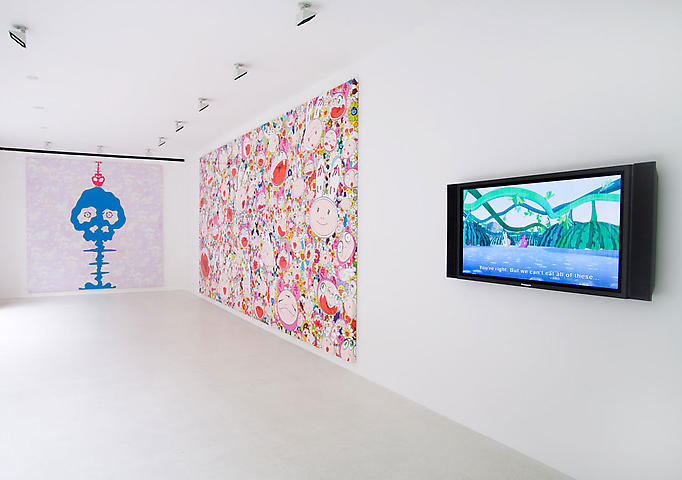 Rare side effect of DMPA seen in the young.(Women’s Health)(depot medroxyprogesterone)

Although decidual casts are typically associated with ectopic pregnancy and can be confused with spontaneous abortion, Dr. Scott described four cases that suggest decidual casts might be a rare but important side effect associated with use of the hormonal contraceptive–particularly among those exposed after a prolonged period of anovulatory endometrial proliferation.

The first case involved a postanorexic 16-year-old girl who was on depot medroxyprogesterone acetate (DMPA) for contraception and presented 1 month after her first injection. She had a large amount of white tissue protruding from the cervical os. The patient had experienced weight recovery and signs of estrogen stimulation at the time of the injection, but also had persistent amenorrhea at the time of injection. here nexium side effects

The second case involved a 20-year-old with cerebral palsy and mental retardation, who was using DMPA for the treatment of dysfunctional uterine bleeding. She presented with tissue passing from the vagina 3 weeks after her first injection.

The third case involved an 11-year-old with factor VIII deficiency, who was treated with DMPA to control hemorrhaging that occurred at her first menarche 8 months earlier. She presented with severe cramps and the sensation of a mass in the vagina. An examination revealed white tissue protruding from the cervical os.

The fourth case involved a 19-year-old who had a vaginal delivery 5 months earlier and who at 3 months post partum was breast-feeding and amenorrheic. She began using DMPA for contraception at that rime, and 2 months later, she presented with bleeding and cramping. As with the first three cases, examination revealed a large amount of tissue at the cervical os. nexiumsideeffectsnow.net nexium side effects

The findings in each case were consistent with decidual cast expulsion, and all patients had a negative result on a pregnancy test. The removal of the protruding tissue resulted in symptom resolution, said Dr. Scott of the University of Colorado, Denver.

Because decidual casts are rare, “we don’t really have a great idea of what elements are needed in order to form a decidual cast and pass it,” he said.

Although these cases had varying scenarios, it is possible that similar hormonal events led to the decidual cast formation and passage, he explained.

DMPA treatment in these patients would then have resulted in a high level of progesterone exposure followed by a gradual decline in progesterone levels that might have led to the decidual casts, he said.

In most of these cases, the decidual casts were, understandably, very frightening for the patient and/or parent, he said.

For this reason, as well as to fully inform patients about the potential effects of DMPA and to promote treatment compliance, patient counseling should include discussion of decidual cast expulsion as a rare side effect associated with the drug.

This entry was posted on Saturday, February 28th, 2009 at 9:00 am and is filed under Go See. You can follow any responses to this entry through the RSS 2.0 feed. You can leave a response, or trackback from your own site.