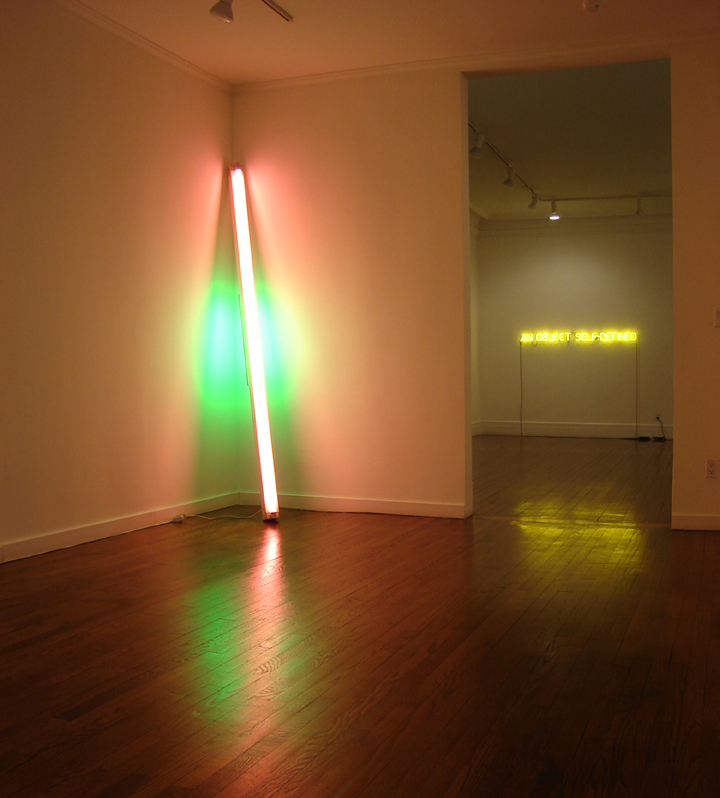 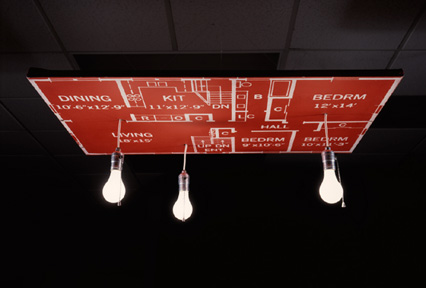 Leo Castelli was the influential art dealer who first sold Andy Warhol’s soup can paintings, and whose gallery showcased cutting edge contemporary art for five decades, presenting such movements as the aforementioned Minimalism and Conceptual Art, in addition to Abstract Expressionism, Pop Art, Op Art, and color field painting.  Castelli hand-picked American artists who he believed had as much validity as their European counterparts, a radical notion at the time.  Such historic authority lends relevance to the current shows at Castelli gallery, even forty years after the creation of the artwork.

Some of the pieces in “Electricity” include Jim Dine’s Red Light Bulb (1962), in which an actual light bulb is attached to the upper corner of a canvas on which the “interpreted” glow has been painted by the artist; James Rosenquist’s Small Doorstop (1963-67, above),  a residential floor plan which hangs from the ceiling, three lights suspended below; and Shades (1964) by Robert Rauschenberg, a structure made of six vertical plexiglass sheets covered with lithographed images, illuminated by the glare of a light bulb through the plexiglass.

In contrast to the Pop artists, minimalists like Dan Flavin reduce light to its essence.  Here, Untitled (1969) consists of two fluorescent tubes that lean against a corner wall; pink and yellow lights glow onto the corner. Keith Sonnier’s Neon Wrapping Incandescent (1969, below) is composed of two light bulbs with a red neon tube wrapped around them, with a green fluorescent tube breaking the equilibrium. 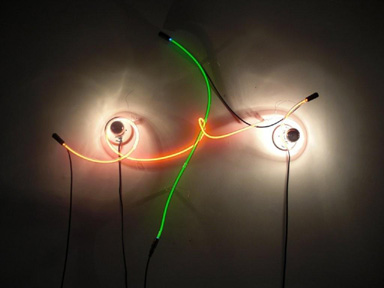 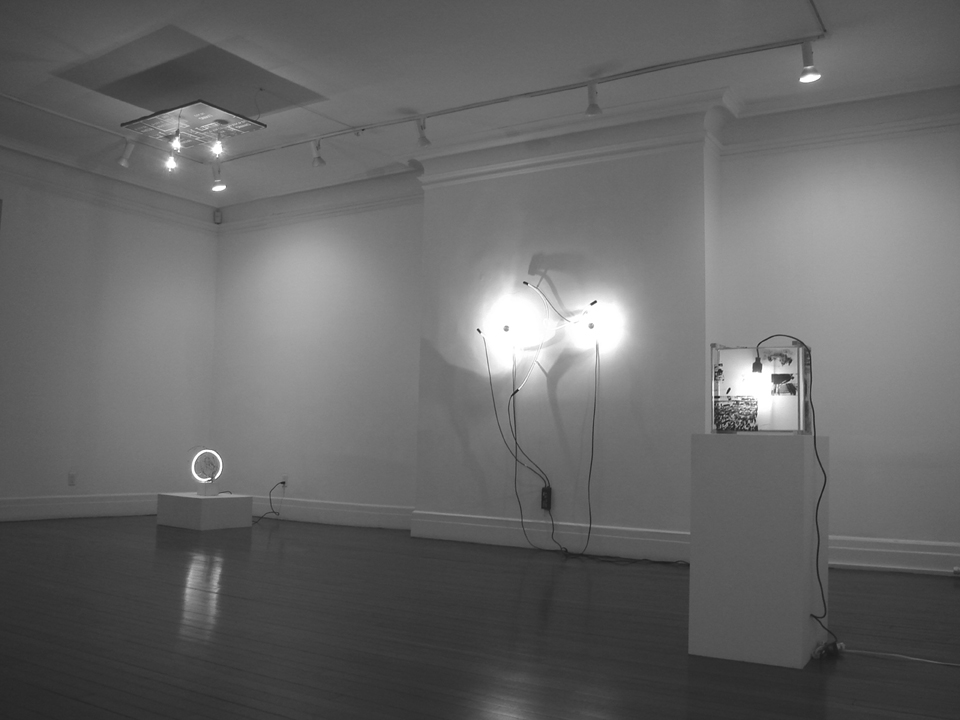 This entry was posted on Saturday, April 4th, 2009 at 5:18 pm and is filed under Go See. You can follow any responses to this entry through the RSS 2.0 feed. You can leave a response, or trackback from your own site.