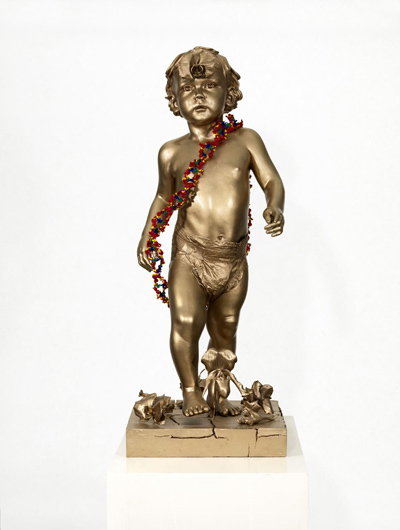 From the Marc Quinn exhibition currently hosted by the Salzburg branch of Galerie Thaddeus Ropac.

It’s the last chance to view works by Marc Quinn at Galerie Thaddaeus Ropac Salzburg.  “Material Dematerialize” is the artist’s first solo show at the gallery.  It is a mix of painting and sculpture which focuses on the virtual and the real: where they overlap, where the lines blur and where the material dematerializes.  All works in the show are exhibited publicly for the first time.

Several key works in “Materialize Dematerialize” emphasize its agenda.  Mirage is simultaneously a veiled, crucified Jesus and a reference to both Francisco Goya’s “Disasters of War” and the picture of an Abu Ghraib prisoner which was leaked to a scandalized world last year.  Gallery visitors vacillate between the two-dimensional viewing experience and the emotional impact which contemporary circumstances enforce on the piece.  Quinn’s Eye pictures also convey the feeling as if they are coming in and out of focus.  Eyes are both a person’s most individualizing feature and the most abstract; when enlarged, as in the painting We Share Our Chemistry With the Stars, they are almost unrecognizable as a physical component of the face. 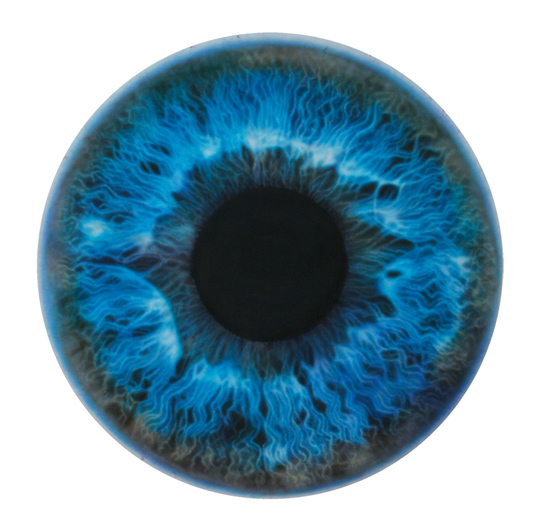 Marc Quinn, We Share Our Chemistry With the Stars, at Galerie Thaddaeus Ropac. 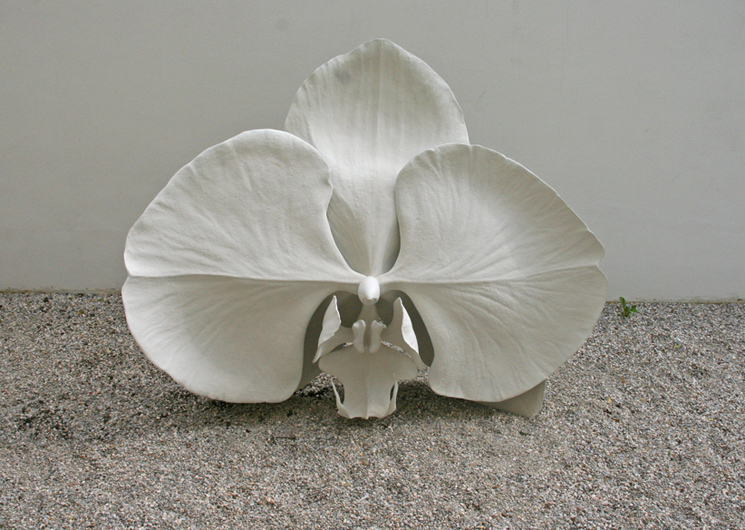 Marc Quinn, The Evolution of Desire, at Galerie Thaddaeus Ropac.

Marc Quinn burst onto the arts scene with his 1997 exhibition “Sensation” at the Royal Academy of Arts in London, which featured a self-portrait painted entirely of the artist’s own blood.  An additional self-portrait from Quinn’s eye series will be shown at Fondation Beyeler during Art Basel.  Born in London, Quinn studied art history at Cambridge University.   He has had solo exhibitions at the Tate Britain and Tate Liverpool; Fondazione Prada, Milan; Irish Museum of American Art, Dublin; and more.  He has shown at Gwangju Biennale and the Venice Biennale, and his works are held permanently by, among other galleries, the British Museum; the Brooklyn Museum of Art; Centre Pompidou in Paris; New York’s Museum of Modern Art; the Saatchi Gallery London; and Tate Britain. 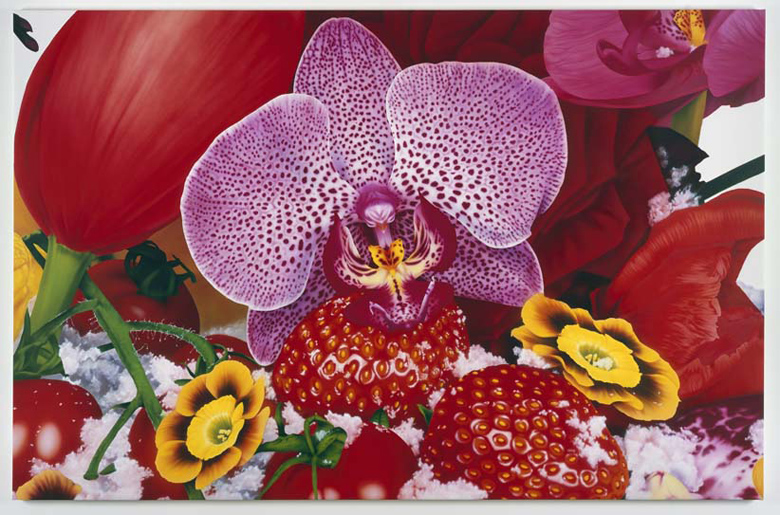 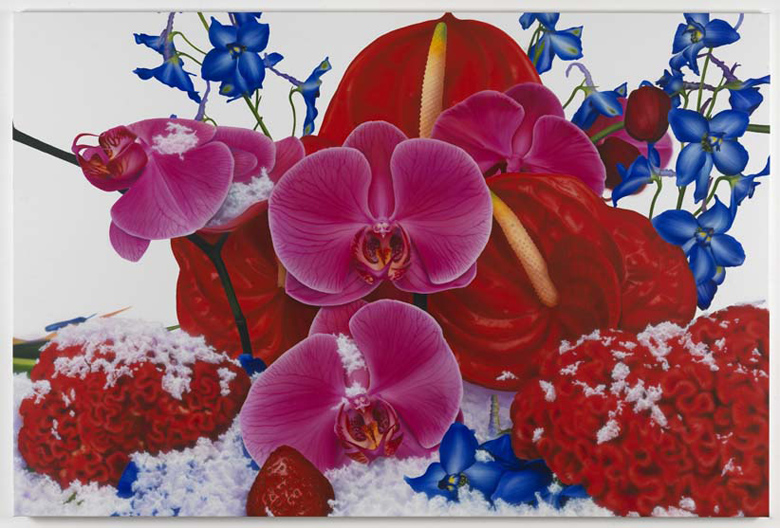 This entry was posted on Thursday, July 9th, 2009 at 2:36 pm and is filed under Go See. You can follow any responses to this entry through the RSS 2.0 feed. You can leave a response, or trackback from your own site.