Team Gallery’s current exhibition is a group show of three video artists from the gallery’s roster: Cory Arcangel, Guillaume Pinard, and Jon Routson. It follows a similar three-person show of abstract work by its artists in January. The exhibition includes a number of video pieces, in both large and small formats, as well as a sound piece by Routson and two prints by Arcangel in his Photoshop series – a similar print was in the New Museum’s triennial, Younger Than Jesus. 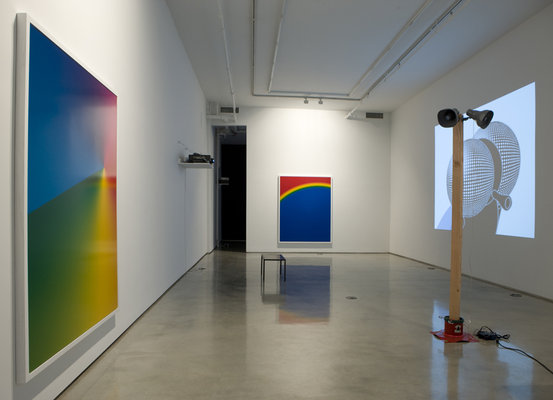 Arcangel, a new media darling, contributed a video titled ‘Drei Klavierstücke, op. 11,’ an arrangement of YouTube footage of “keyboard cats,” a popular YouTube trend where cat owners posted videos of their cats on pianos.  Arcangel took clips from a banal but slapstick sensation and edited them so that the cats appeared to play Arnold Schoenberg’s ‘Three Piano Pieces,’ one of the first atonal compositions. The Photoshop prints were made by adjusting the program’s gradient tool, selecting an area to blow up and display as an abstract work of art. Both continue Arcangel’s exploration and mediation of changing technologies and their relationship to the sublime. 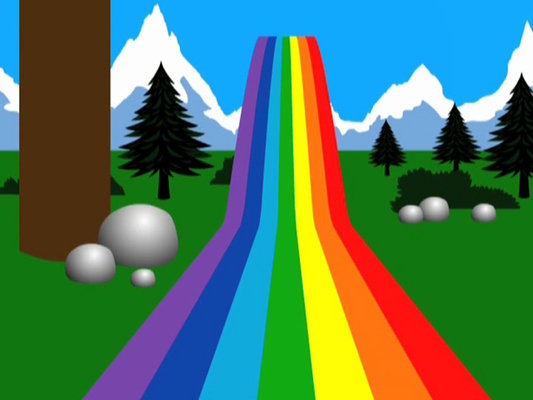 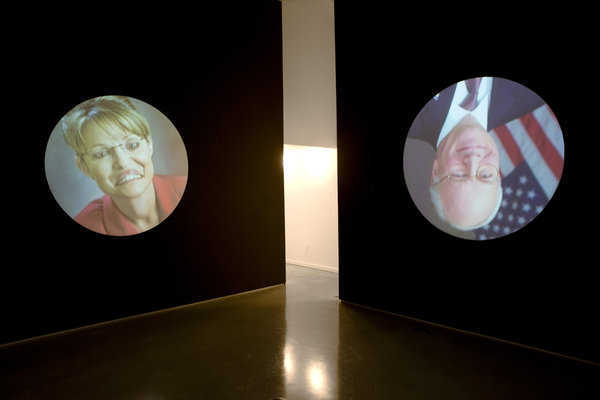 Routson has two pieces in the exhibition. The first is a sculpture that plays books on tape, ranging from respected literature to throwaway thrillers, in a commentary of the glut of entertainment available online without the time for the complete consumption of any one thing. Also shown is work from Routson’s Spinners series, projections of rotating circular images meant to induce unease and nausea, especially when showing images such as Dick Cheney, nipples, or Terry Schiavo. 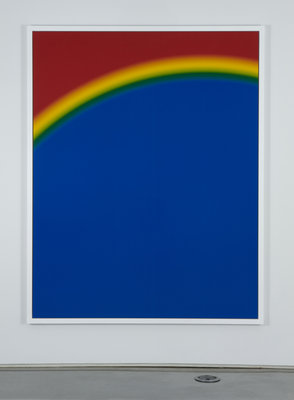 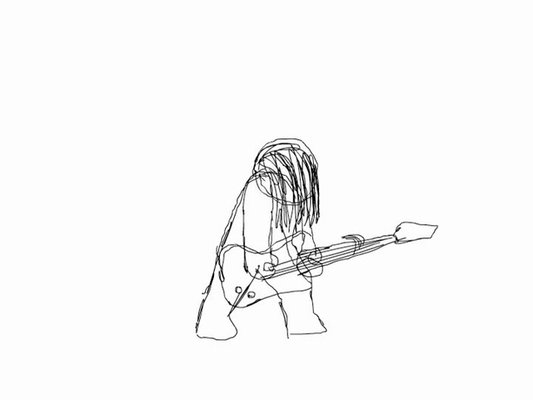 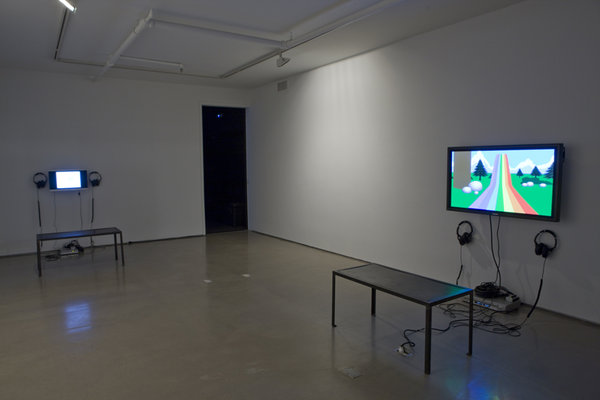 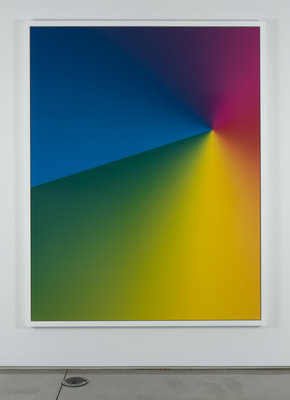 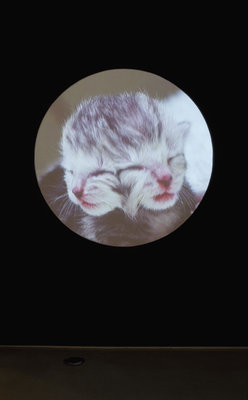 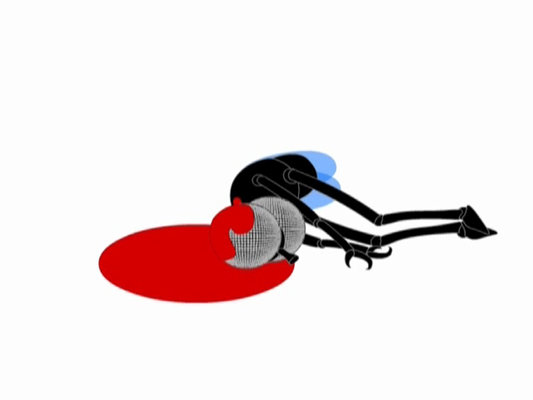 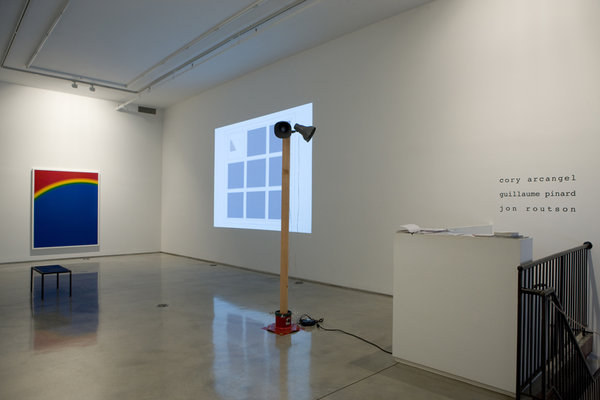 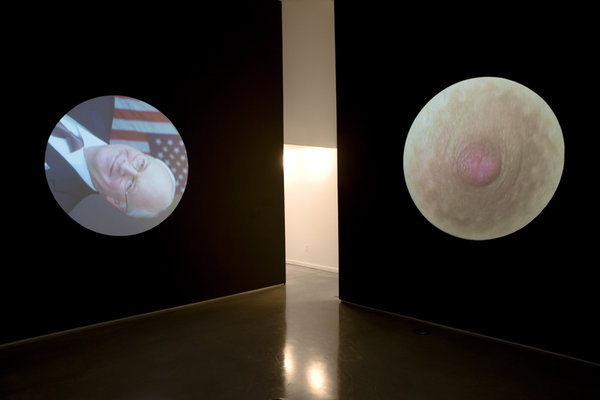 This entry was posted on Thursday, July 2nd, 2009 at 12:49 pm and is filed under Go See. You can follow any responses to this entry through the RSS 2.0 feed. You can leave a response, or trackback from your own site.