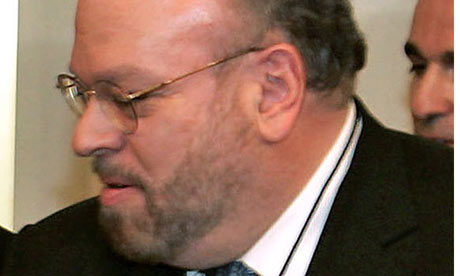 After weeks of negotiation with the Attorney General’s office, J. Ezra Merkin has agreed to sell an art collection appraised by Christie’s at $310 million.  After taxes and other fees — the New York Times reports that Merkin was paying $60,000 a month on insurance, and owed $42 million to previous owners as well as $19.3 million on a loan used to purchase the artwork — profits from the sale amount to $191 million, to be frozen in escrow pending the outcome of the Attorney General’s suit against the suspected Bernie Madoff feeder.

Sold to an anonymous buyer, the collection comprises fifteen pieces, including two sculptures by Alberto Giacometti and twelve Rothko paintings.  The sale, “if our litigation is successful,” says Attorney General Andrew Cuomo, “will provide restitution to victims of Mr. Merkin’s alleged fraud.”  Ezra Merkin is accused of funneling money into Bernie Madoff’s Ponzi scheme, and deceiving his clients about those investments.  He is also being sued by New York University, which lost $24 million in Ariel, a fund which Merkin managed. Yeshiva University has also pursued litigation against the investor, saying that it explicitly told Merkin not to place its money with Madoff, a request which Merkin ignored.  Merkin continues to maintain his innocence, claiming that he knew nothing of the $65 billion fraud which beggared some Madoff clients and which has landed the financier a 150-year prison term.  The defendant’s lawyer, Andrew Levander, has said that Merkin and his family “are among the largest victims” of the scheme, and that “the lawsuits are without merit.”

This entry was posted on Thursday, July 2nd, 2009 at 11:21 am and is filed under Art News. You can follow any responses to this entry through the RSS 2.0 feed. You can leave a response, or trackback from your own site.