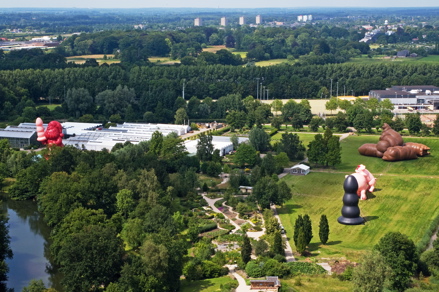 A Paul McCarthy collection is currently showing at De Uithof, Utrecht.  “Air Pressure” features enormous inflatables, a medium new to McCarthy shows in the Netherlands.  Drawn from his series “Inflated Histories,” the pieces in the show are classic McCarthy, as they continue to use pop culture figures and tendencies to satirize mass media.

According to the gallery, the use of the inflatable reflects an inflated society.  Varying in size from four meters to over 24, the inflatables are huge “‘anti-symbols’ of the consumer society.  Santa Claus with Plug, which is along the lines of McCarthy’s similar bronze statue in Rotterdam, is almost 25 meters tall.  The inflatables are, accordingly, accompanied by several new sculptures inspired by icons of everyday consumerist society.   McCarthy deliberately pushed the bounds of decency in his work.  “In my pieces I like the thought of mixing anarchy and humor,” he has said; such an agenda is evident in Santa Butt Plug, in which the classic figure of Santa Claus is sexualized. 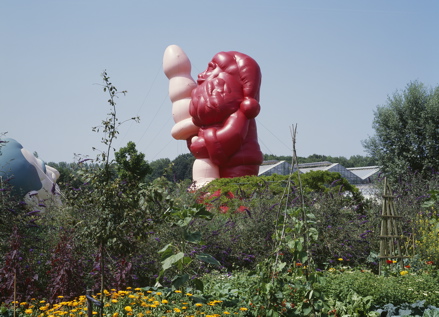 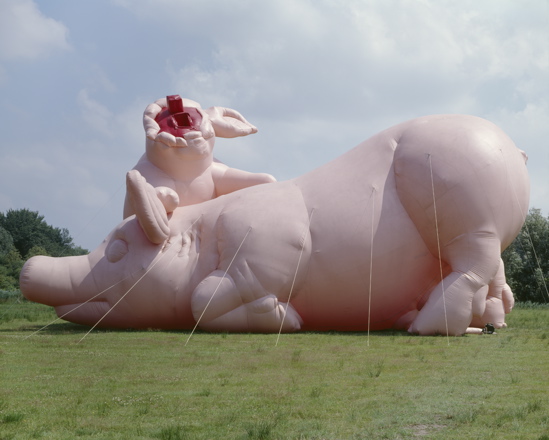 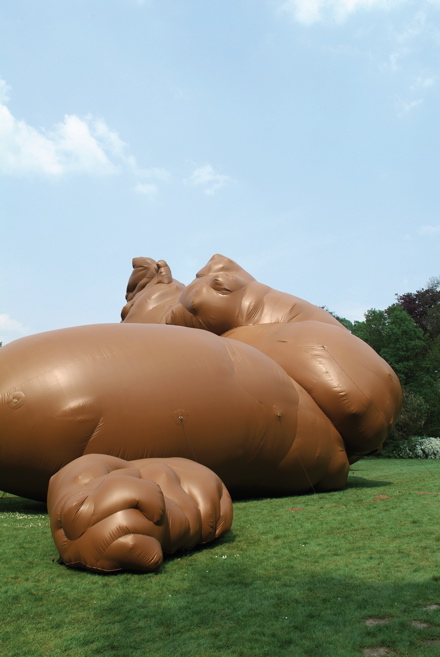 Born in Salt Lake City in 1945, McCarthy studied at USC-LA, the San Francisco Art Institute, and the University of Utah.  He has worked in various media, including performance art and sculpture.  In fact, McCarthy’s use of inflatable sculpture was celebrated at the Middleheim Museum in Antwerp and at the SMAK in Ghent, which exhibited those and other works in 2007.  He has had solo exhibitions at Hauser & Wirth Zürich; Salt Lake Art Center; Whitney Museum of American Art, New York; Maccarone Gallery, New York; Moderna Museet, Stockholm; London’s Whitechapel Gallery; Tate Liverpool; and more. 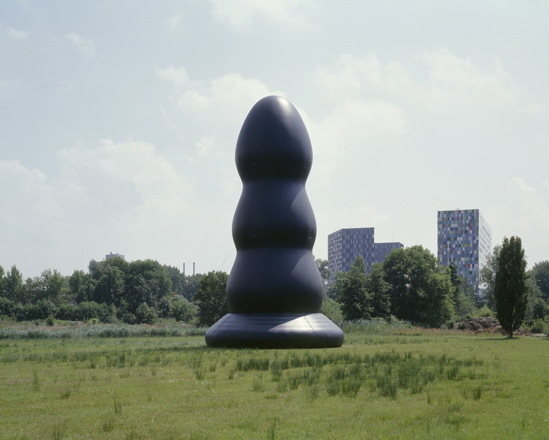 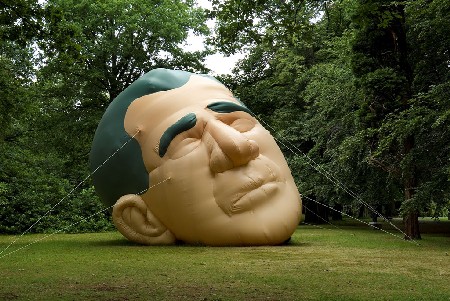 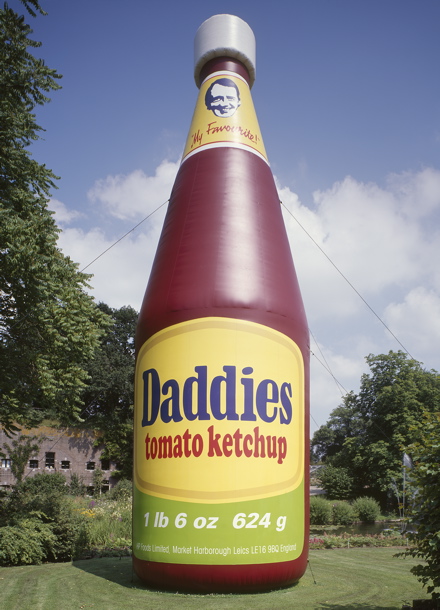 This entry was posted on Friday, July 17th, 2009 at 3:18 pm and is filed under Go See. You can follow any responses to this entry through the RSS 2.0 feed. You can leave a response, or trackback from your own site.