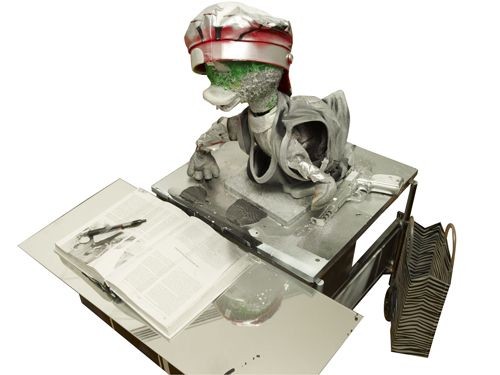 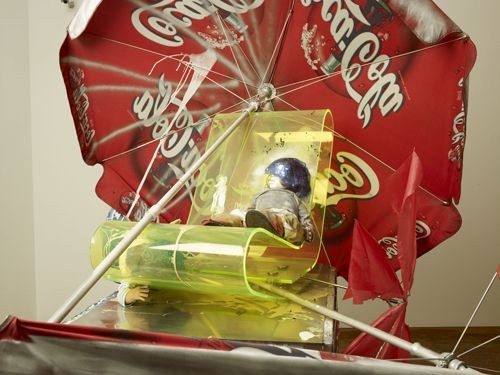 “Sesam, öffne dich!” roughly translated from the German to “Open Sesame!” gives patrons a look at the multiplicity of genre and medium which Genzken employs in a bid to reflect that mixture which — to her — is life. ” A sculpture is really a photo,” she has said; “it must have a certain relation to reality.” The pieces in “Sesam, öffne dich!” are no different.  Notes Museum Ludwig, “Sesam, öffne dich!” is Genzken’s commentary on the often tense and unstable political, social, and economic climates that have characterized the years in which the show’s pieces were developed. Included is “Oil,” Genzken’s 2007 pavilion at the Venice Biennale and an indictment of the way society’s oil dependence affects both the environment and world politics; and “Ground Zero,” a 2008 installation first shown at Hauser & Wirth that takes its name from the former site of the World Trade Center. 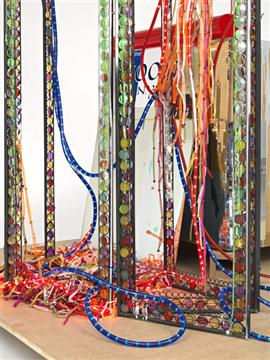 Detail of “Disco ‘Soon’,” from “Ground Zero,” at Museum Ludwig. Via Hauser & Wirth. 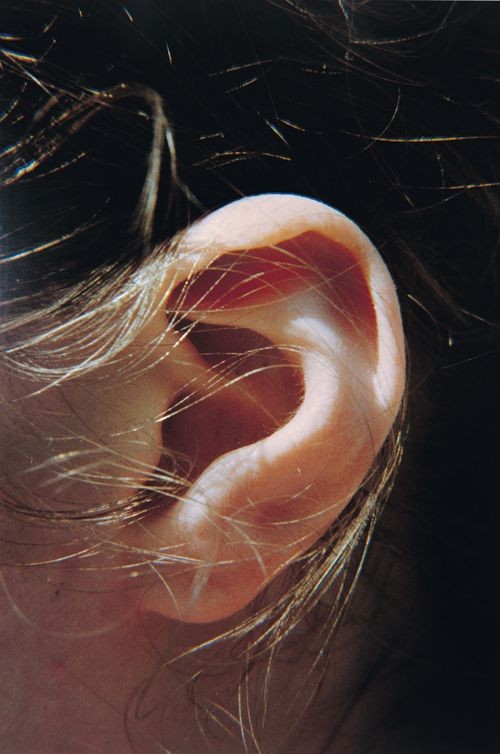 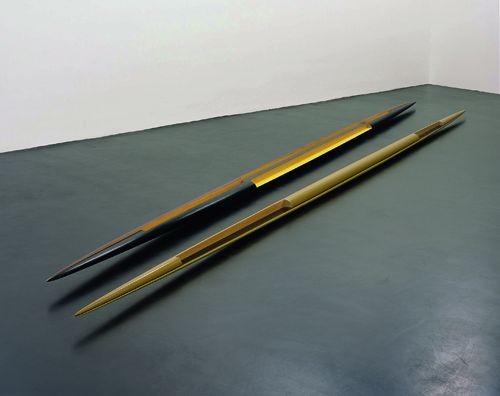 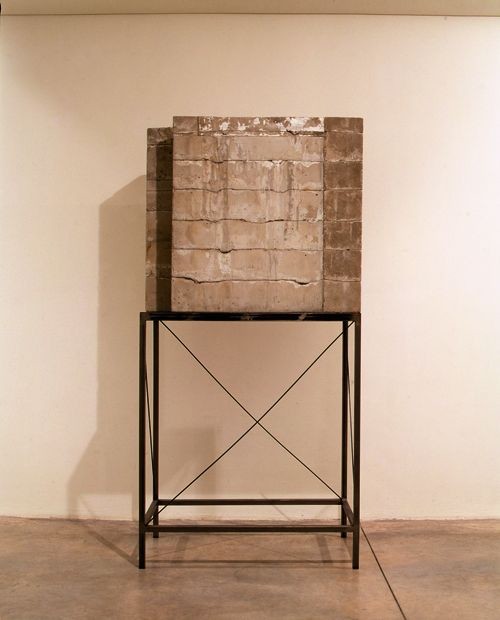 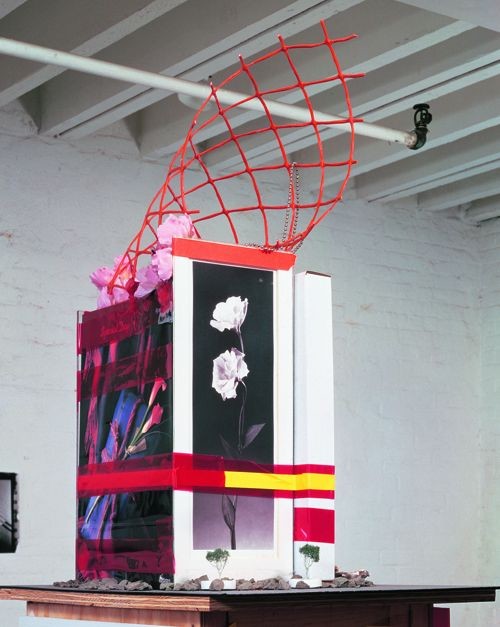 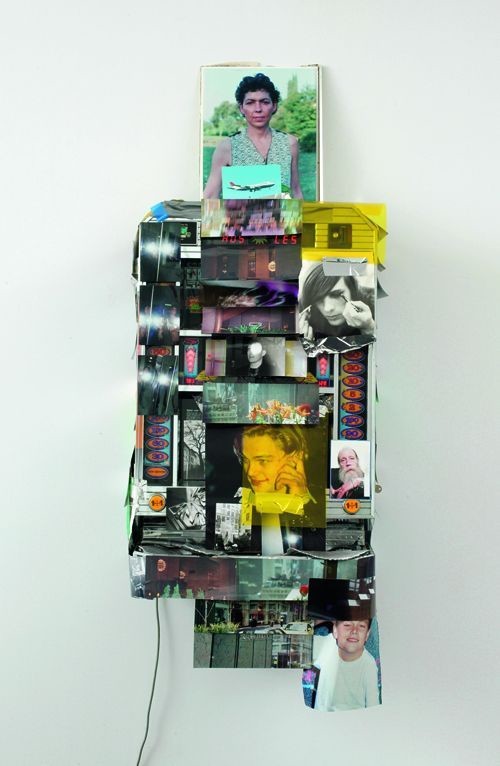 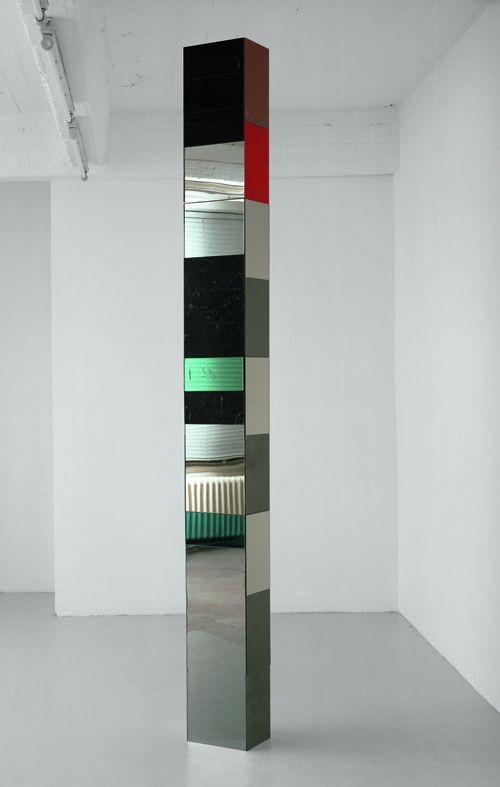 This entry was posted on Tuesday, August 18th, 2009 at 8:01 pm and is filed under Go See. You can follow any responses to this entry through the RSS 2.0 feed. You can leave a response, or trackback from your own site.