Go See – New York: “As Long As It Lasts” curated by Tom Eccles at Marian Goodman Gallery through August 28 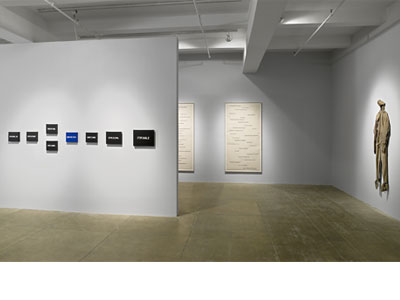 Installation View “As Long As It Lasts” via Marian Goodman

Through August 28, the Marian Goodman Gallery will be showcasing works by 14 artists throughout different generations in “As Long As It Lasts.”  The show, curated by Tom Eccles, takes its title from a work by Lawrence Weiner, and features artists such as Oliver Babin, Johanna Billing, Pierre Huyghe and Thomas Struth.  When these pieces are “seen in the context of one another, ruminate on the transitory nature of life, the contemplation of morality, impermanence and immanence of death.” The pieces span various mediums from sculptures, paintings and drawings to photography and film installations.

As Long As It Lasts [Marian Goodman] 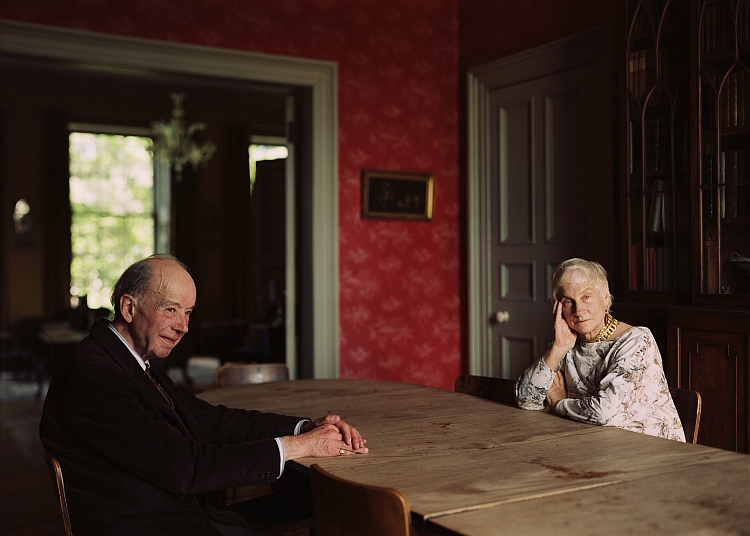 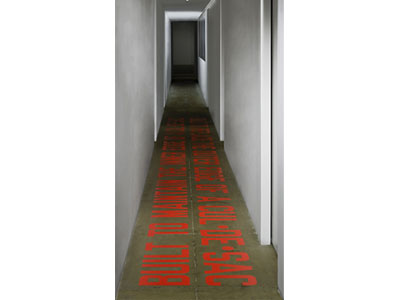 In  Thomas Struths’s photograph, entitled “Eleonor and Giles Robertson, Edinburgh” (1987), evanescent time is portrayed by the couple at the “crepuscule of a life shared together.” together.”
Between the North and South galleries, artist Lawrence Weiner has set up a text-based sculpture titled “Built to maintain the inner edges of a cul-de-sac” (2009). The sculpture is located in the connecting hallway between the two main rooms of the gallery, “emphasizing its narrowness, length and ultimate destination.” 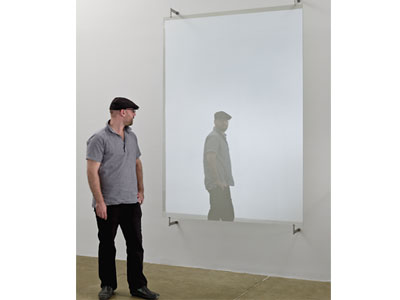 Gerhard Richter’s piece, “876-12” (2002) is also being displayed. The large rectangular structure, made of antelio glass with metal supports, is hung up at the beginning and the end of the exhibition. The works in “As Long As It Lasts” collaborate to form an idea that does not reflect death so much as life itself.  Like Pawel Althamer’s sculpture “Skin” (1997), which explores the fragility of the human body and its inevitable decay, the exhibition displays the passing of life in its various forms and stages. 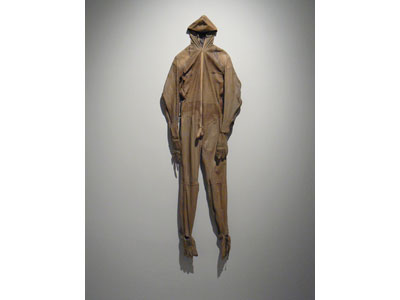 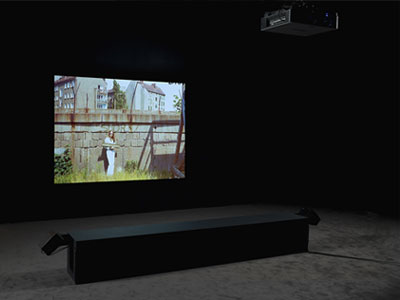 This entry was posted on Wednesday, August 5th, 2009 at 8:05 am and is filed under Go See. You can follow any responses to this entry through the RSS 2.0 feed. You can leave a response, or trackback from your own site.