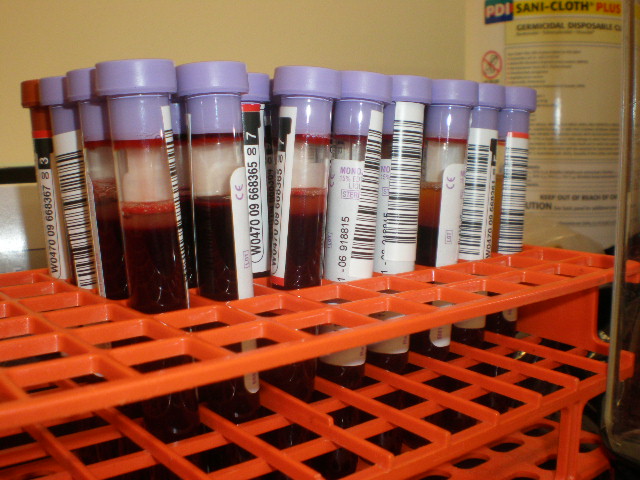 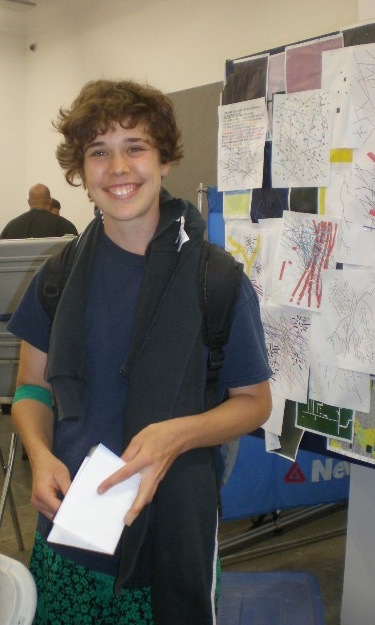 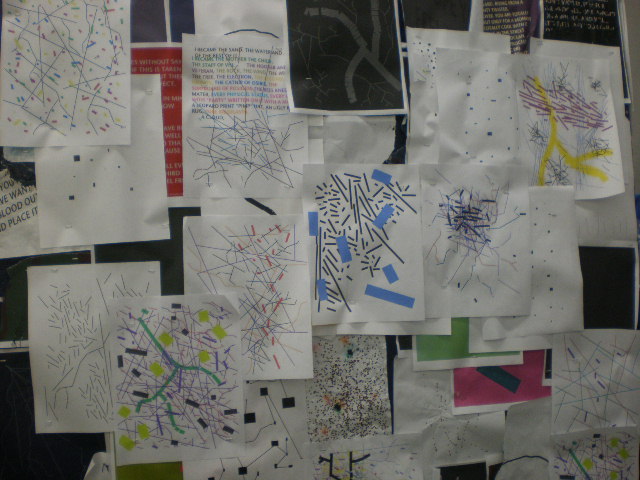 Kate Levant curated and organized the show, yet did not want to refer to her role in it as “curation” and preferred to call it a show  “compromised” by herself.  When she had suggested the idea of an exhibit with a blood drive, Yale, where she currently studies rejected the possibility of hosting it. Justin Lieberman, one of Kate Levant’s former professors spoke to the gallerist Zach Feuer who represents Lieberman’s work and managed to get Kate the Chelsea space.

Kate commented that she had been given a lot of freedom in comprising the show and suggested that Yale did not want to get involved due to an event that took place recently with a fellow student trying to perform a self-induced abortion as a performance art piece. 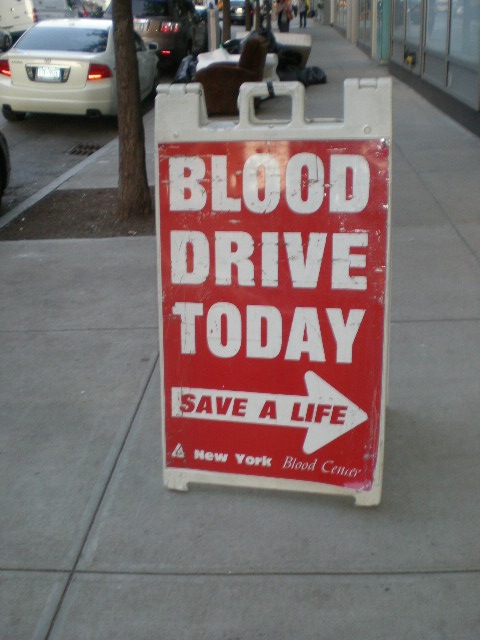 Kate Levant’s initial idea of getting Red Cross to come and gather blood donations from an artshow demanded a lot of effort to finally materialize in Zach Feuer Gallery. Although, the artist, did not intend “Blood Drive” it its philanthropic notion, the exhibit picked up not merely by its edgy and interesting approach to presenting the collective anonymous, but also by attracting those who found a bizarre motivation to help a stranger by taking part in creating art. Members of art community, such as the video artist Michel Auder, and press representatives, were among those donating blood. Also, those, not related to the art world saw “Blood Drive” as an opportunity to donate blood. Hence, the show attracted an array of participants allied by the space of the gallery, a notion that becomes a commentary on the very practice of curation and the manifesto of the show. “If we find the state of affairs that bind us to our random and ephemeral individuality hard to bear, there stands our obsession with a primal continuity, linking us with everything that is…” – Georges Bataille 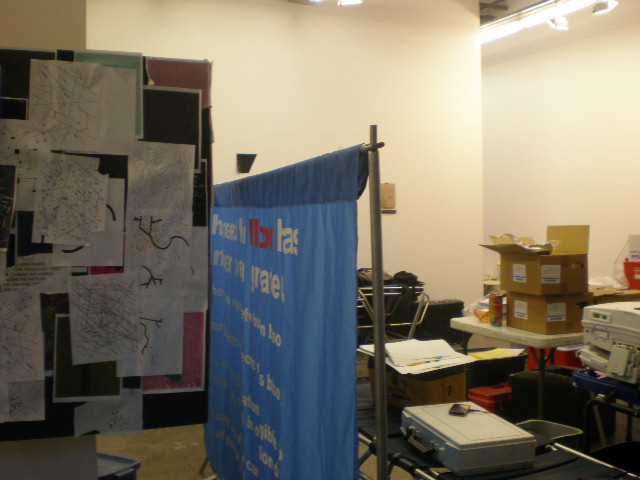 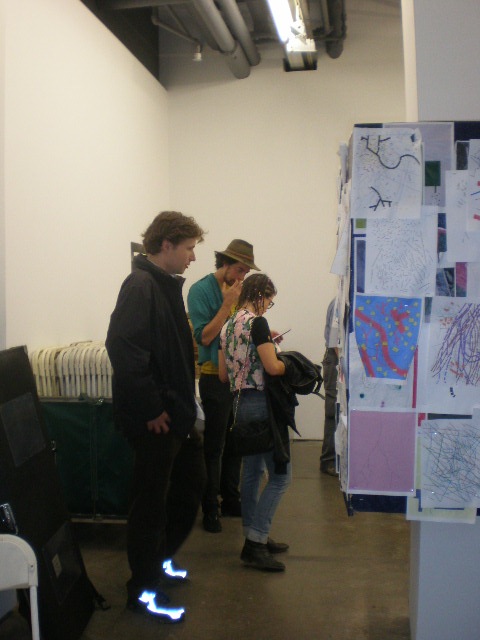 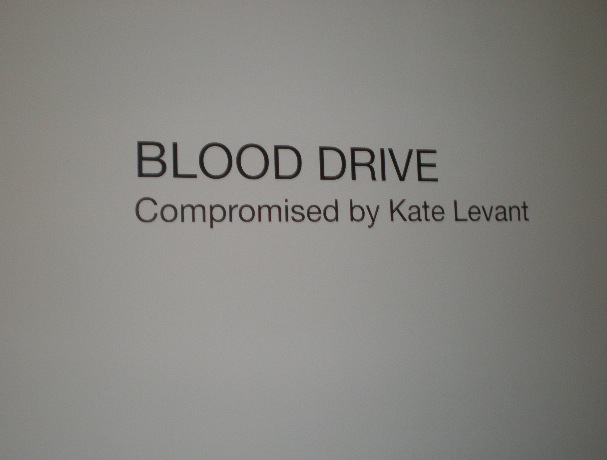 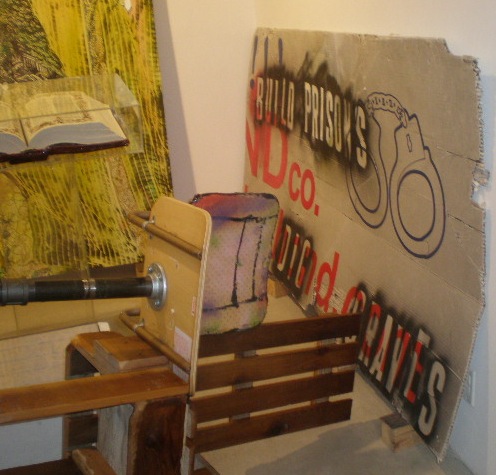 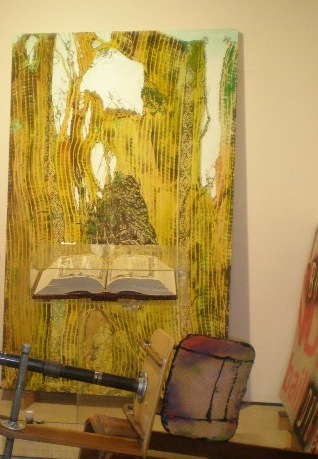 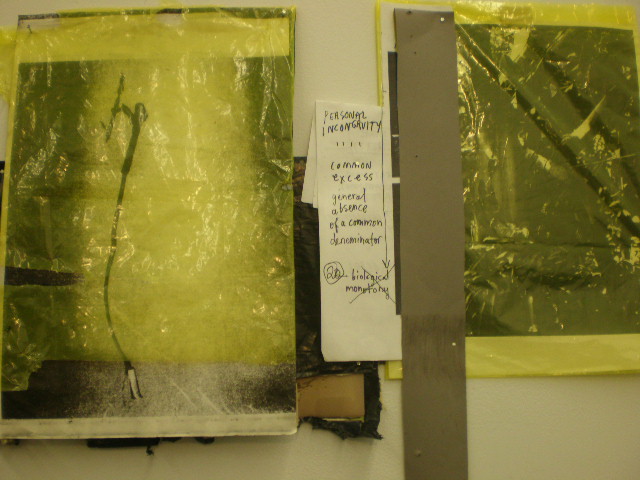 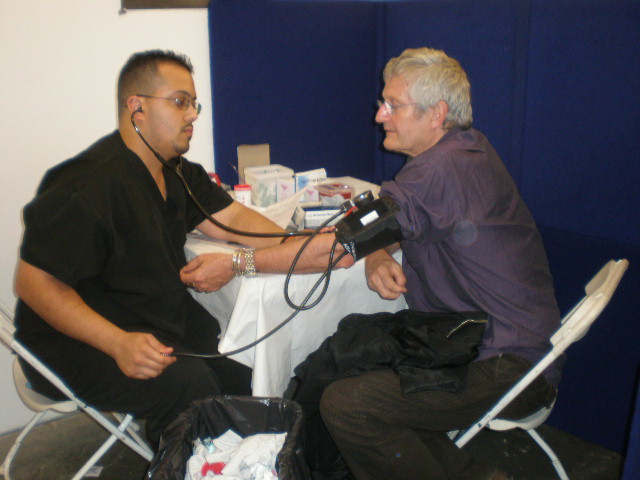 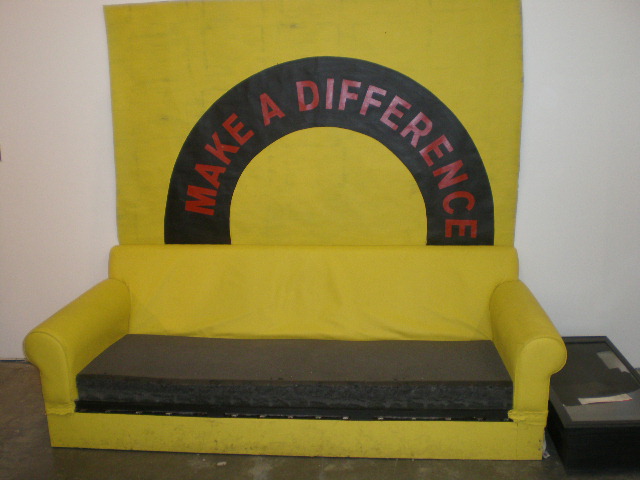 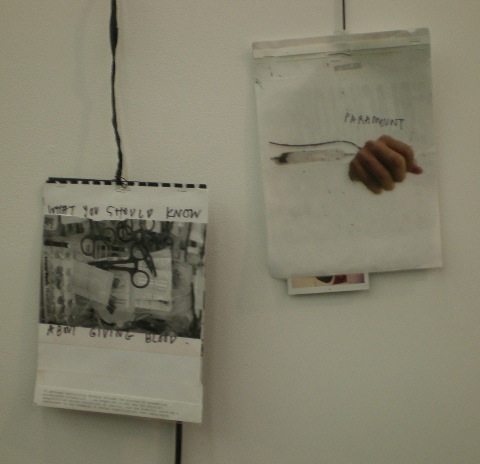 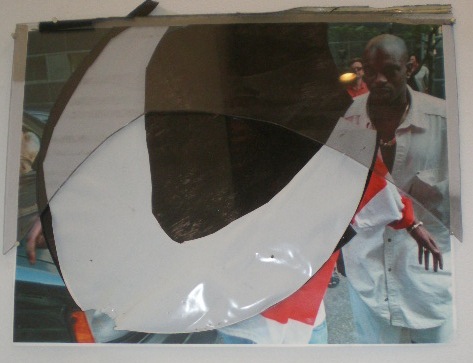 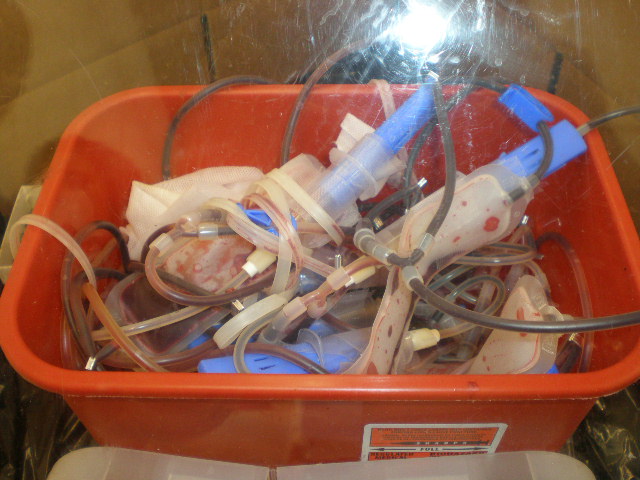 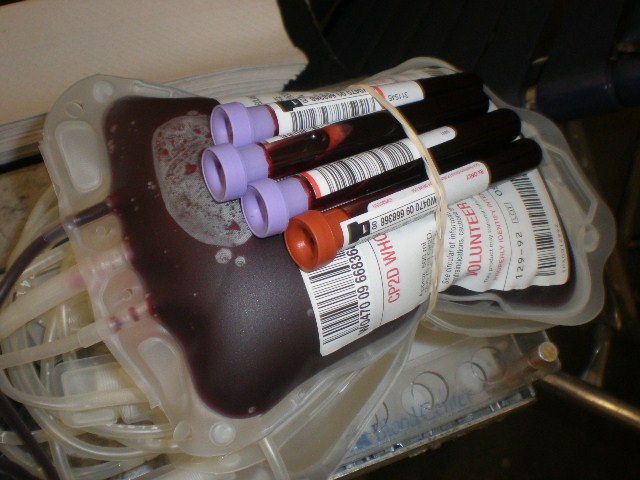 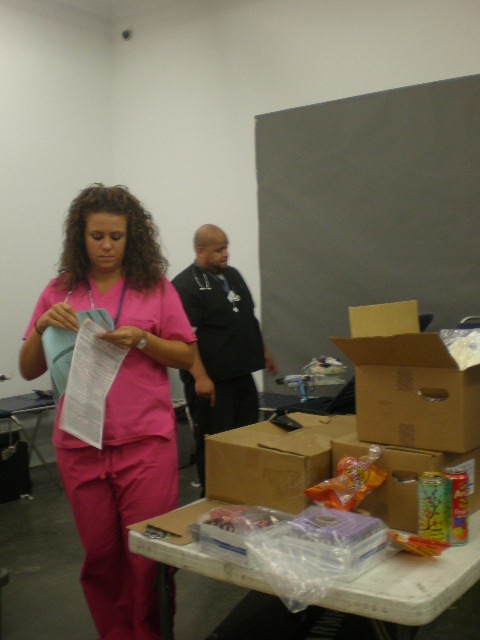 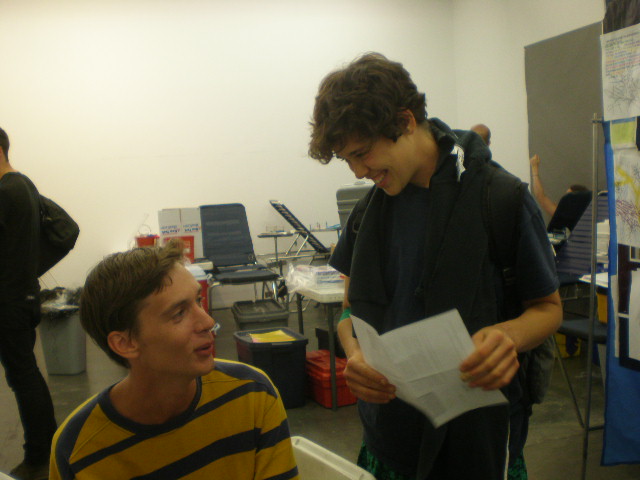 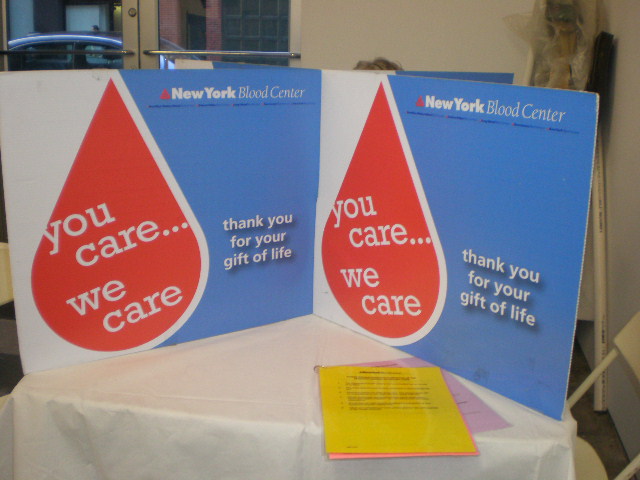 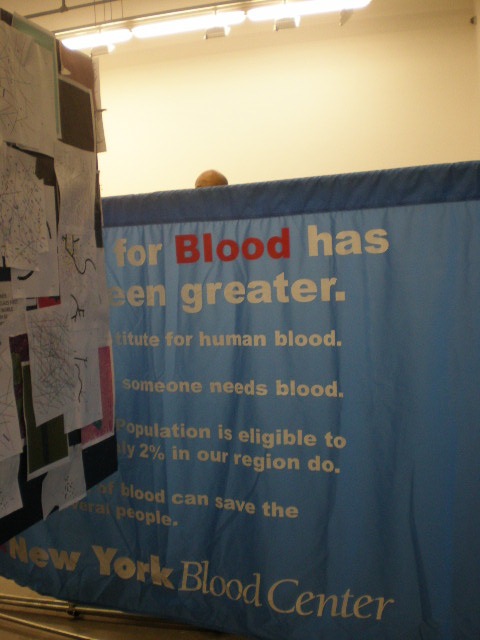 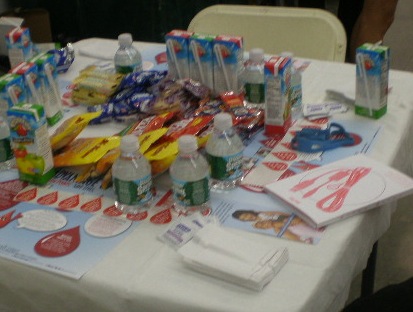 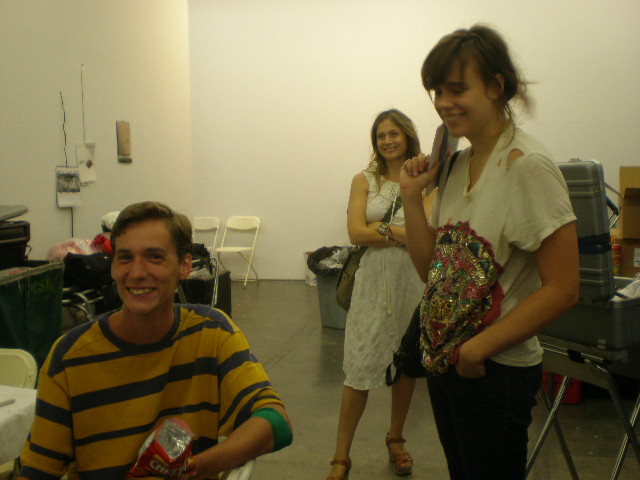 This entry was posted on Wednesday, September 9th, 2009 at 7:02 pm and is filed under AO On Site. You can follow any responses to this entry through the RSS 2.0 feed. You can leave a response, or trackback from your own site.