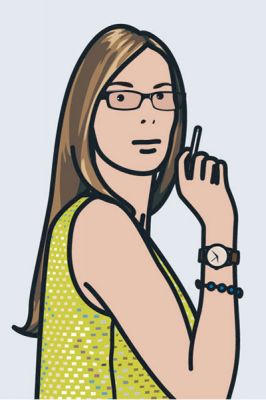 The new work of Julian Opie is currently showing at A and D Gallery in London, UK. Dabbed as “Hoxton’s answer to Warhol,” Opie achieved his early success in 1983 when Lisson Gallery featured his first solo exhibit, thus paving the way for the fellow British contemporary artists such as Damien Hirst to take the art scene by storm. His quirky and highly stylized portraits are created to reflect the high speed lifestyles of its subjects.  The show is a continuation of Opie’s study and will be showing until September 14th, 2009. 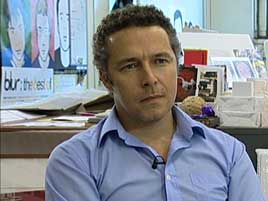 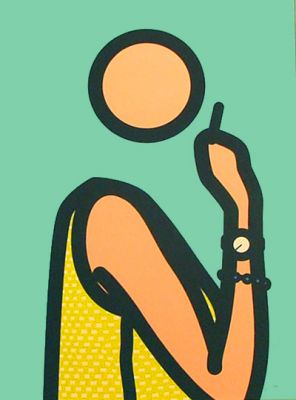 Julian Opie often transforms photographs or short films into high-tech reproductions using computer software. His work attempts to address the complexities of individualism and human relationships of the telecommunication era by reducing images of the subject to mere line and form. Over the years Opie’s work has become instantly recognizable for its remarkable simplicity and wit. It popularized when the artist was asked to design the cover of a well-known British band Blur. 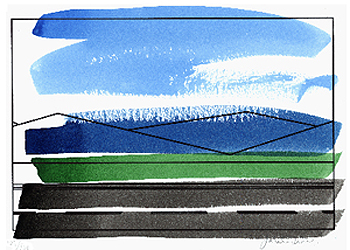 This entry was posted on Thursday, September 10th, 2009 at 6:16 pm and is filed under Art News. You can follow any responses to this entry through the RSS 2.0 feed. You can leave a response, or trackback from your own site.