The Philosophy of Andy Warhol (From A to B and Back Again)
(Andy Warhol, 1977)
Read More and Buy↠
Home » Newslinks for Tuesday September 15th, 2009 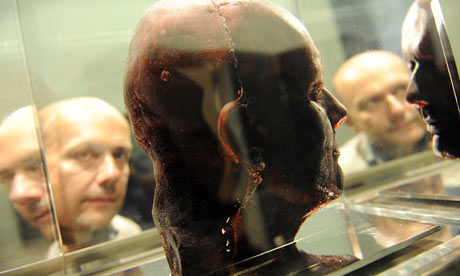 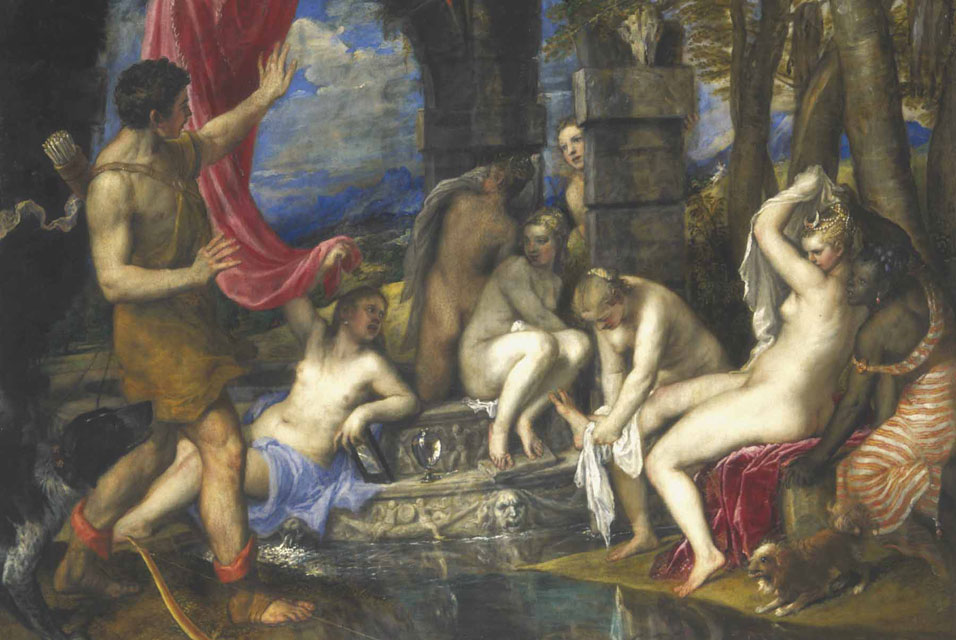 Titian, Diana and Acteaon via Artdaily

In related, Titian’s Diana and Acteaon, one of the six large-scale mythologies inspired by Ovid, acquired by The National Gallery in London, is to be displayed at Trafalgar Square [Artdaily]
Three paintings attributed to Adolf Hitler were sold at Weidler’s auction house in Germany for an accumulative price of  $60,000 to three phone bidders [The New York Times]
The Museo National del Prado’s is exhibiting 2 Sorolla paintings of the Fanjul family that were illegally confiscated by the Cuban government which may cast the museum’s directors legal bind [Reuters]
A private European collector helps settle a 7-Year discord between the Swedish Moderna Museet and heirs of a Jewish businessman over a Nazi-looted Nolde painting and in related, Dutch Museums will return 13 artworks lost during Nazi occupation to heirs of Jewish collectors [Bloomberg] 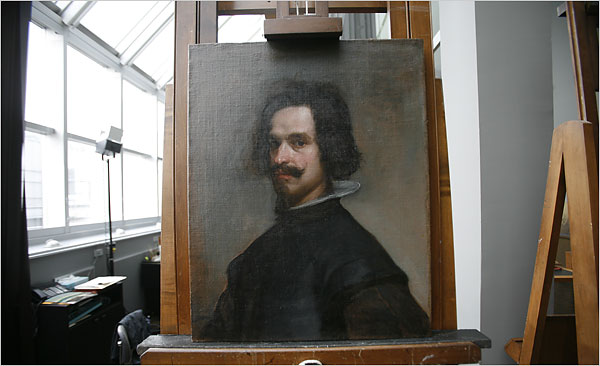 Velázquez, Portrait of a Man via The New York Times

After restoration and cleaning of “Portrait of a Man” in MET’s collection, the author of the painting attributed to Vélazquez’ workshop is confirmed to be Vélazquez himself [The New York Times]
Phillips de Pury auction house, known for its focus on contemporary art, is adding 18 new sales for the upcoming year and a half [The Wall Street Journal]
As the market fluctuates, art collectors seize opportunities of investment, yet the auction market based on no identical units, making calculated predictions almost impossible, turn investing into gambling [NYTimes]
The Glyndebourne Opera House, England to sell a painting by the Italian Old Master, Domenichino; estimated at $16.5 million [Bloomberg]
Bill Viola declines an invitation to participate in a culture summit, organized by Pope Benedict XVI in an attempt to reconcile spirituality and artistic expression, supposedly due to the artist’s disagreement with policies put forth by the Vatican and the Catholic Church [Artnet] 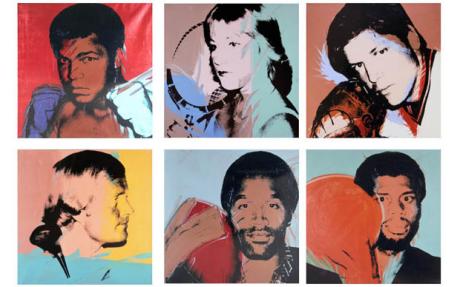 Six of the missing works by Andy Warhol via Telegraph 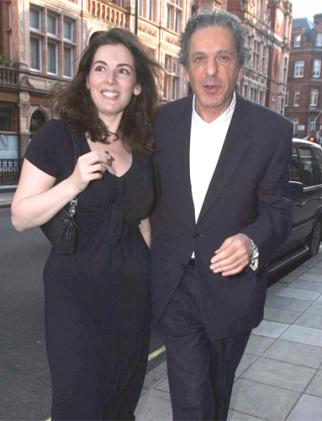 Charles Saatchi with his wife Nigella Lawson via The Independent

“My Name is Charles Saatchi and I am an Artoholic”, a book written by Charles Saatchi, who almost never gives interviews, is released without a loud PR campaign and is written in a format of potential interviewer’s questions and answers [Guardian UK]
Aleksandra Mir’s installation at Collective gallery in Edinburgh consists of rows of a limited edition cookbook titled “The How Not to Cookbook: Lessons Learned the Hard Way” [The Moment]
German police uncover a thousand fake Giacometti bronzes in the possession of  a man who tried to sell them as originals [Art Market Monitor]
An editorial on the state of galleries dictated by the financial market provides an encompassing snapshot of what a gallery represents in the art-world and how it is likely to function in the current economic condition [NYTimes] 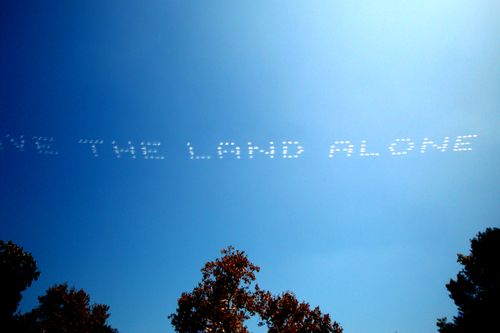 On September 12 in Pasadena, artist Bruce Nauman realized his skywriting project, reading Leave the Land Alone, after a 40 year wait [Los Angeles Times]
Frédéric Mitterrand’s appointment to the post of French minister of culture is well received by most for his extensive previous background  and involvement in the world of art and culture [The Art Newspaper]
London’s Outset Contemporary Art Fund brings artwork to a fair to be seen publicly and then purchased by the Tate [Bloomberg]
The story of Tony Shafrazi, art terrorist and later gallerist [Artnet] 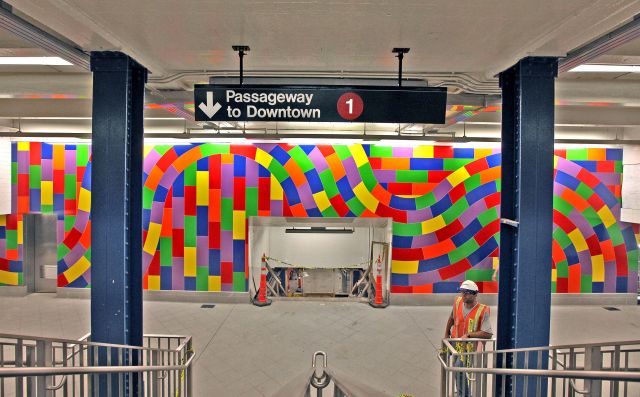 Sol LeWitt’s mural, comprised of 250 porcelain tiles, is installed at Columbus Circle subway station in Manhattan[Lindsay Pollock]
Run by oligarch Viktor Pinchuk, the PinchukArtCenter in Kiev announces a new art Prize and the shortlisted 20 nominees [ArtReview]
Gagosian’s plan for a gallery in Paris’ prestigious 8th arrondissement promises to gain instant success by providing access to Picasso’s work [Bloomberg]
In related, Gagosian is to open a bookstore on Madison avenue in Manhattan selling books, catalogues, magazines and Jeff Koons puppy vase that come in an edition of 3,000 [Art fag City]
UBS, a global financial services firm, is to close its gallery in Manhattan in an attempt to cut back on costs [Artinfo] 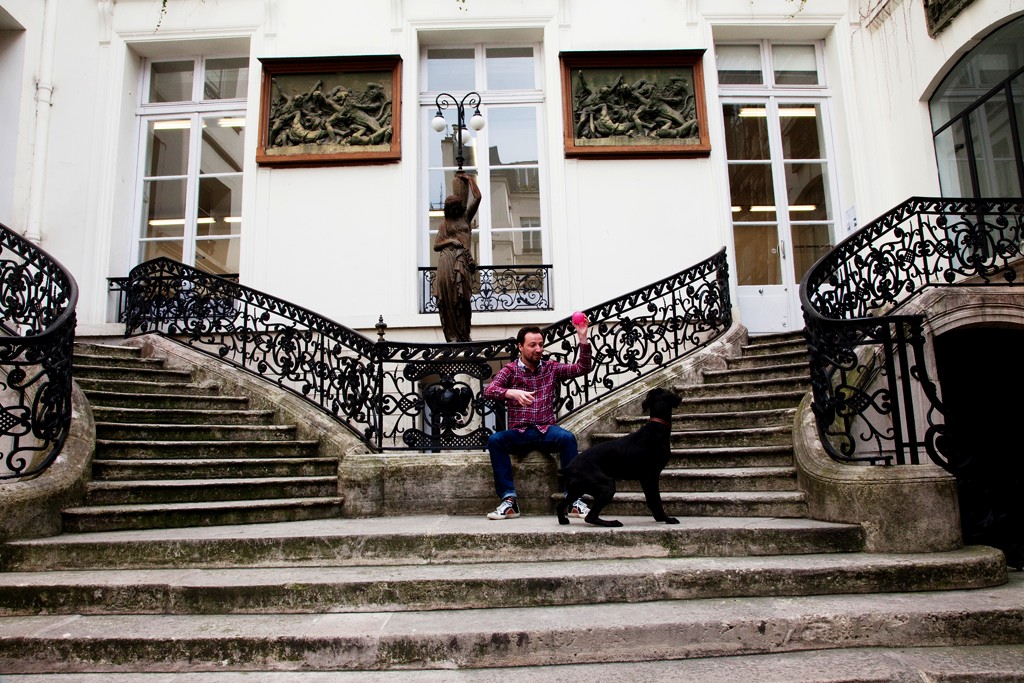 A photograph of Emmanuel Perrotin via The Selby

The Selby visits Emmanuel Perrotin at his gallery in Paris [The Selby]
Research shows that visitors to museums housing modern art are likely to respond emotionally, while those viewing ancient artworks are more prompt to describing their experiences in more cognitive terms [Miller McCune via Artinfo]
“The Art of the Steal”, a documentary film by Don Argott, explores the Barnes Foundation, a Post-Impressionist and early Modern art collection [The New York Times]
John Currin interviewed by Glenn O’Brien speaks about art, the art market and shares personal stories [Interview Magazine]
The rating service Moody’s estimates the current financial troubles and hence auction market distress to persist and drops Sotheby’s corporate credit rating by one level [Bloomberg]
Kara Walker’s participation in Whitney’s Biennial is manifested in an email correspondence with the organizer of the show documenting the artist’s refusal to participate in the Biennial [Artnet] 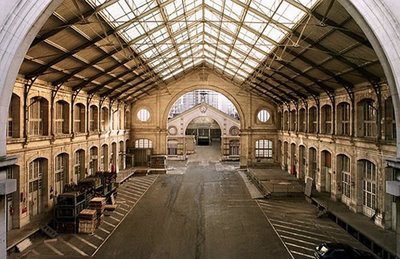 Centquatre art space in Paris via The Daily Undertaker

A site of the Municipal Funeral Services in Paris is now turned into an arts center providing the capital’s northern reaches an art initiative it has been lacking [Financial Times]
A survey of artistic practice based on technology and its move towards the usage of the Internet as means of expression [The New York Times]
Thomas Campbell, director of Met, shares his plans for the museum in an interview with The Art Newspaper [The Art Newspaper]
American artist Greg Wyatt’s 22-thousand-pound bronze sculpture “Two Rivers” is being transported to Piazza della Signoria in Florence, “the soul of the world of sculpture,” where it is to become the first American displayed at that location [Bloomberg]
An interview with the billionaire philanthropist Eli Broad, who spoke about democratization of art and educational reforms [The Wall Street Journal]

This entry was posted on Tuesday, September 15th, 2009 at 2:08 am and is filed under Newslinks. You can follow any responses to this entry through the RSS 2.0 feed. You can leave a response, or trackback from your own site.