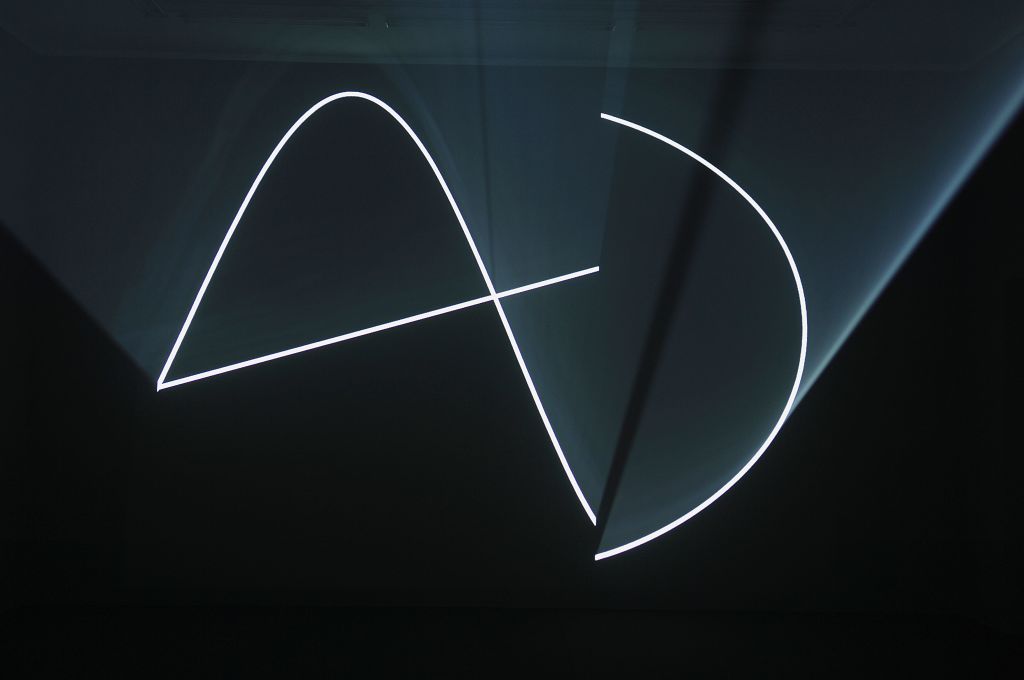 Anthony McCall’s ‘You and I Horizontal’ via Moderna Museet

Now on view at the Moderna Museet in Stockholm are two light installations by Anthony McCall. McCall’s first “solid light” piece was the 1973 film, ‘Line Describing a Cone,” a work that is now legendary. The 16mm film projected a white circle that, over the course of half an hour, grew to a conical sculpture of light. For the 2004 Whitney Biennial, McCall recreated that work using newer technology that gives the projected image greater visibility and complexity. The new piece, ‘Doubling Back,’ was recently acquired by the Moderna Museet and is one of the works on view. 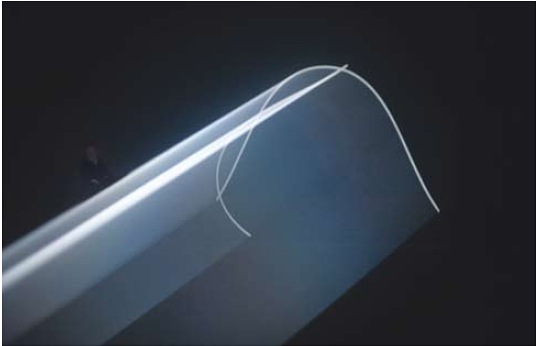 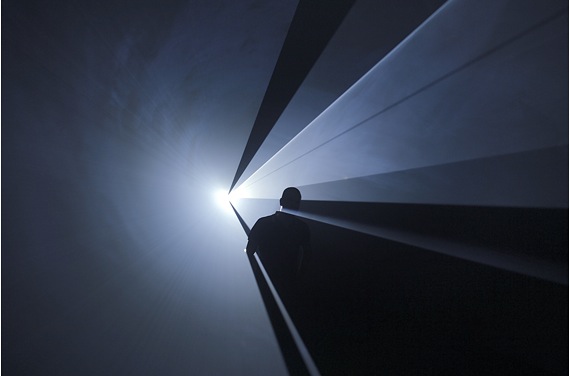 Anthony McCall’s ‘You and I Horizontal’ via Moderna Museet

The second installation is called ‘You and I horizontal’ and works with the same technology and imagery as the first. Lines of white light are projected in a dark space filled with fog, reminiscent of smoke-filled cinemas of a bygone era. The exhibition also includes around 30 drawings of light waves, which the artist calls “scores” of his films. 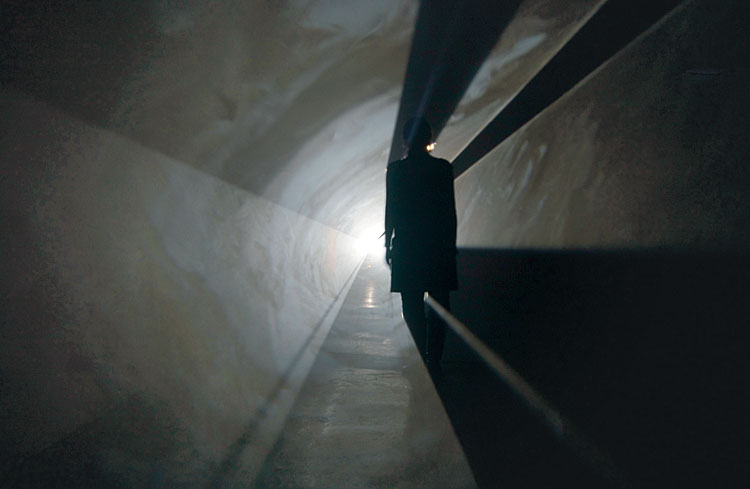 Installation view of Anthony McCall’s ‘Doubling Back’ via Artinfo

This entry was posted on Sunday, November 1st, 2009 at 4:01 pm and is filed under Go See. You can follow any responses to this entry through the RSS 2.0 feed. You can leave a response, or trackback from your own site.