November 23rd, 2021
REFERENCE LIBRARY
Home » AO Onsite Miami Beach – New Art Dealers Alliance (NADA) Art Fair opens at The Deauville Beach Resort in Miami alongside and will run through December 6 – many galleries sell out within one hour of opening 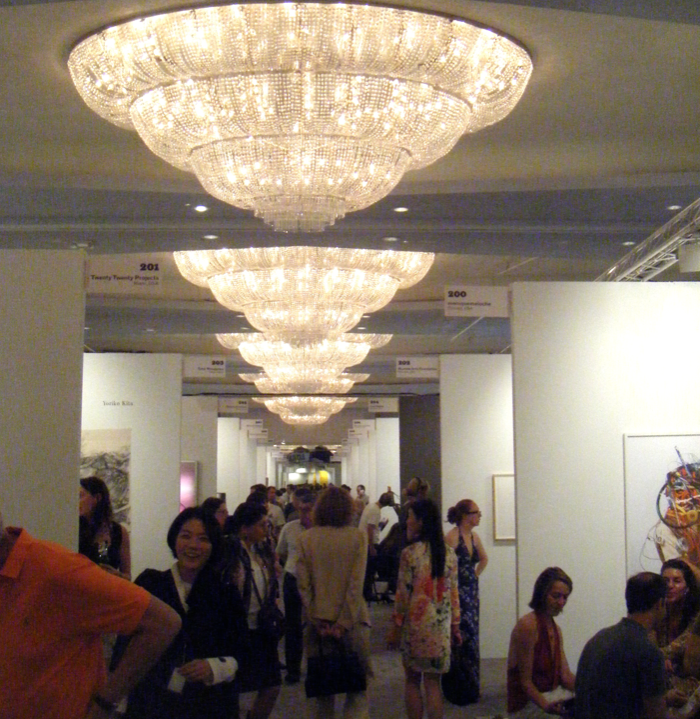 Yesterday, New Art Dealer’s Alliance fair (NADA) opened its doors to a long list of top collectors and gallery directors that included Jay Jopling, Todd Levin and Lucy Mitchell-Innes. The stampede of eager art lovers cleared-out the booths that started the day filled with contemporary art from talented rising artists from around the world. The fair, now in its seventh year, is celebrating 80 of the world’s top budding galleries selected from 30 countries. 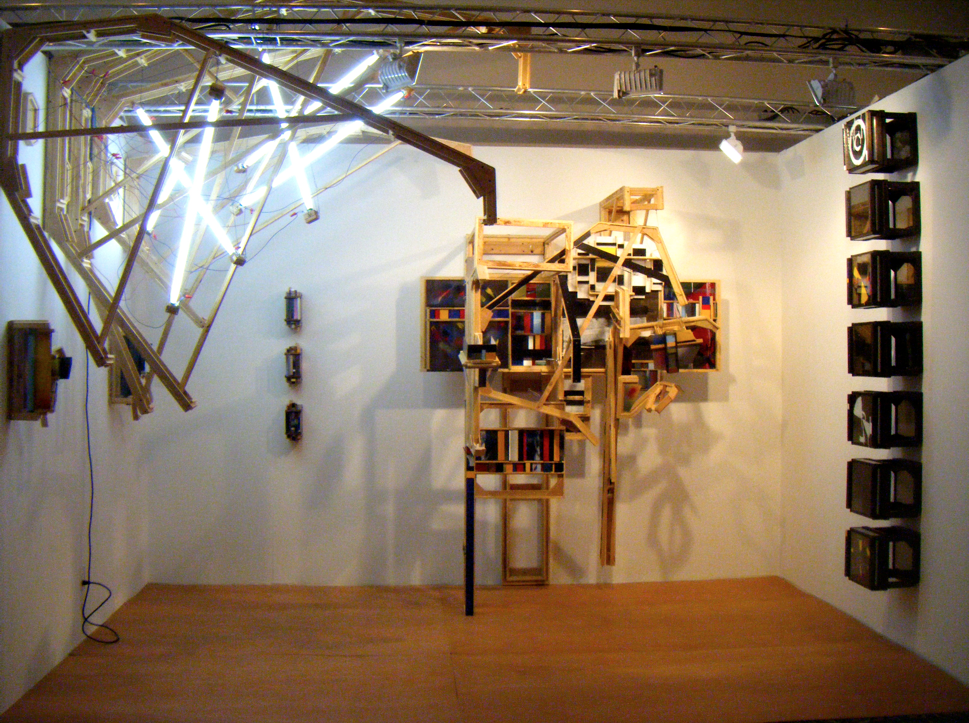 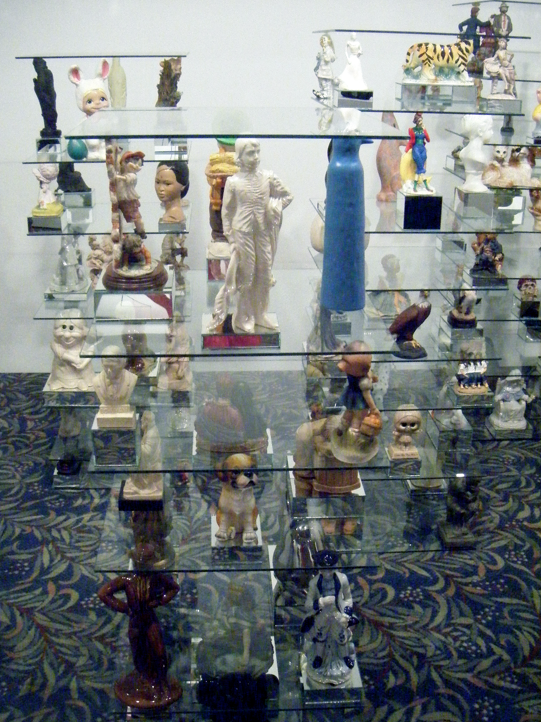 This year NADA has relocated from its previous location at the Ice Palace to The Deauville Beach Resort, a location that boasts a colorful history – The Deauville headlined the Beatles in 1964 and once played host to a number of celebrity guests including Frank Sinatra. Now, during the week of Art Basel Miami Beach, The Deauville is showcasing a new generation of emmerging talent. Infact, the whirling patterned carpets and dazzling chandeliers, reminiscent of days gone by, served as a kitsch backdrop to the exhibition of the super-new and edgy. The energy of the grand old Resort rubbed-off on fair-goers, collectors and exhibitors who all seemed more than pleased with the new location.

There is no doubt, however, that the main cause for smiles amongst the exhibiting staff were the sales. Many galleries cleared-out their booths within the first few hours of opening – Francois rude, Nicelle Beauchene and Rental Gallery and were tempted to pack-up and relax by the pool located only feet from the exhibits.

We spoke with staff at Kim Light/Lightbox Gallery. The Constructivist inspired sculptural works by Los Angeles artist David Hendren were proving very popular with clients – seven smalls boxes containing mirrors reflecting faces from within had sold out by the end of the VIP preview that took place in the morning.

The booth of Japenese Gallery Arataniurano 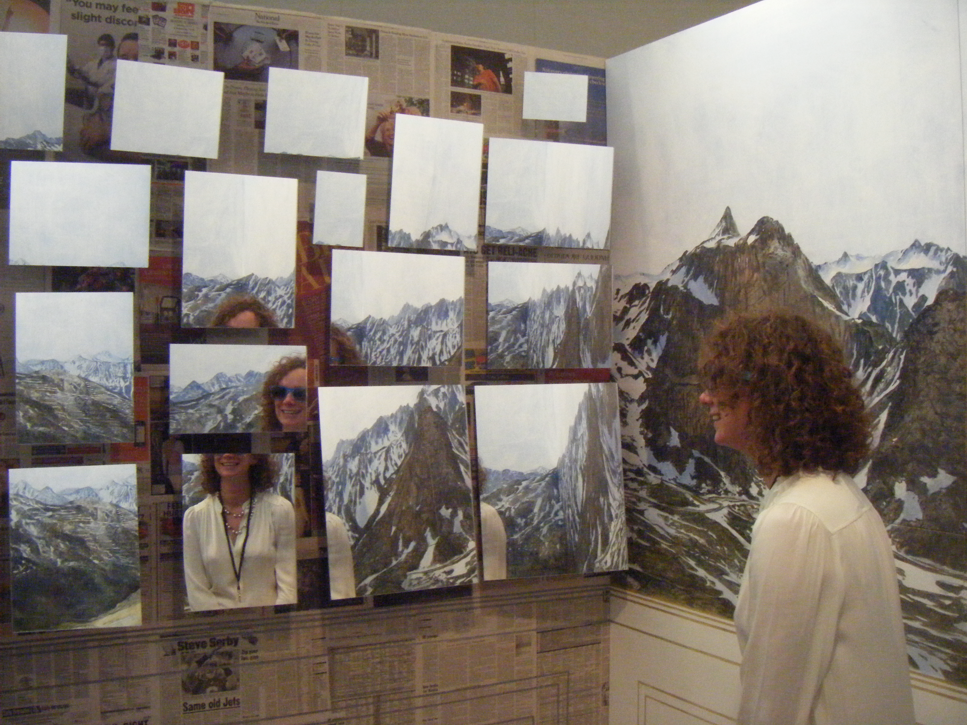 The room of sublime wallpaper (II), Ellen Harvey at the Stephan Stoyanov Booth

The Room of Sublime Wallpaper by the Brooklyn-based artist Ellen Harvey, with a price tag of $65,000 was one of the more expensive works on offer at yesterday’s opening.  When we spoke with the gallery representative the work had not sold but we were informed that there had been interest from a number of museums. The large installation takes the form of a room with wooden walls lined with newspaper which, when approached, appears to contain a salon-style hanging of landscape paintings that seem to move. Upon entering the room it becomes clear that the “paintings” are in fact angled mirrors reflecting the hidden painted walls of the room and the illusion becomes even more shattered by the intrusion of the viewer’s reflection. While The Room of Sublime Wallpaper waited to be plucked up and transported to a museum, a number of drawings by Harvey depicting the bloody martyrdom of Saint Sebastien copied from older, celebrated paintings, had been selling quickly even though they were tucked- away behind the main exhibit. 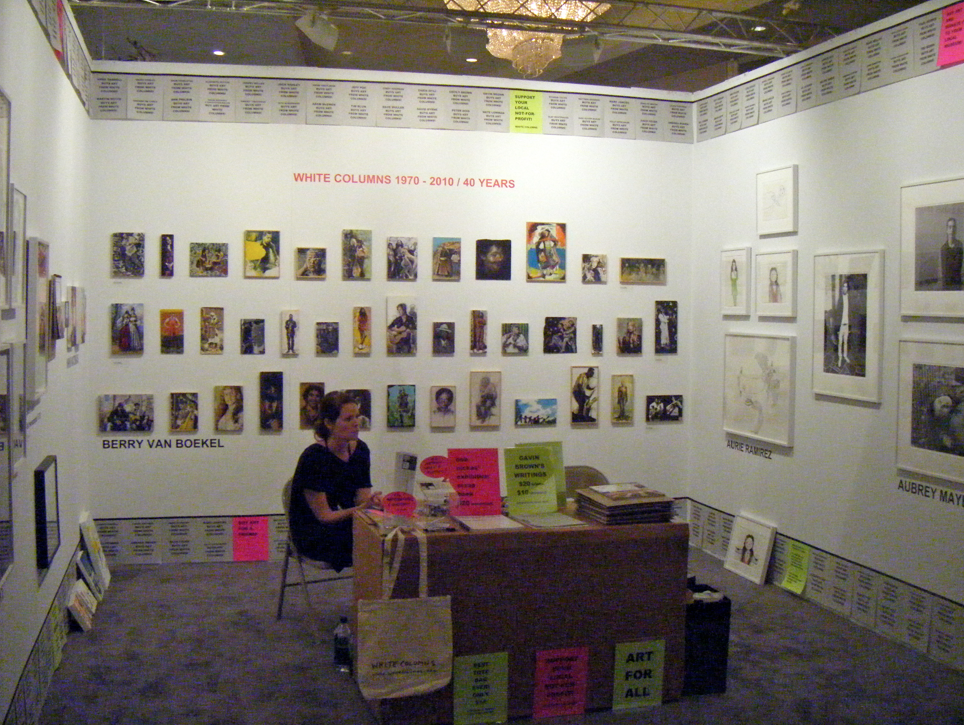 The modest prices on the much anticipated works, booths expressed that many of the artists exhibited hold long waiting lists filled with potential buyers, encouraged impulse buying on many pieces. This trend was especially clear at the White Columns booth where passers-by could make purchases on many levels – Gavin Brown’s writings were being sold for $20 for signed copy and Bob Nickas’ exhibition scrap book, labeled as an “Essential!” were being sold at speed for $20. White Columns, New York’s oldest alternative art space, is a not-for-profit gallery that has helped expose over 250 artists to a wider audience over the past 37 years – in order to do this they have become pros at raising funds and used the fair as an excuse to exhibit their ‘legendary xerox editions’ as the “Perfect Holiday Gift.” Many of the editions, which include pieces by Ann Craven, Anne Collier and Rita Ackermann, were sold by mid-day and were running out fast.  Another stocking-filler that was selling like hot cakes on offer at the White Columns Booth were Artists on their bicycles New York, a 2010 calender made by Swiss Institute. 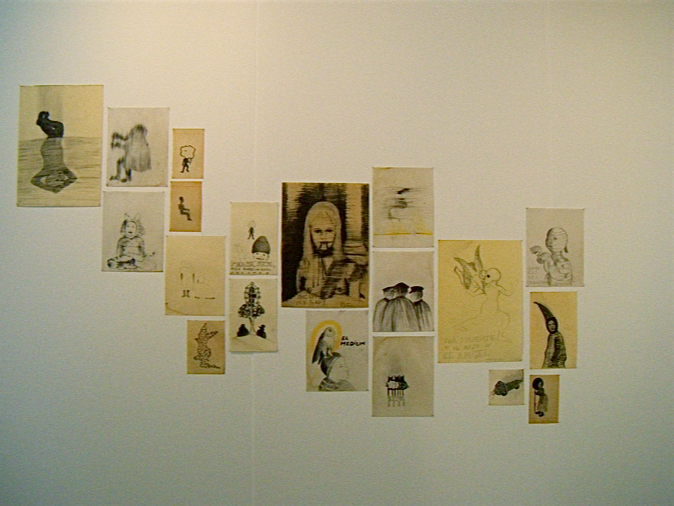 Chilean artist Sandra Vasquez de la Horra represented by the German Gallery Rupert PFAB – opportunity to show off these works on paper to a keen American audience who were pocketing the works speedily as the day progressed. Works by Puerto Rican artist Angel Otero, who won the Annenberg Fellowship, were also extremely popular with collectors. At prices ranging from $5,000 to $15,000,the Chicago-based Kavi Gupta Gallery were sold out of the Otero’s gold works early in the day. 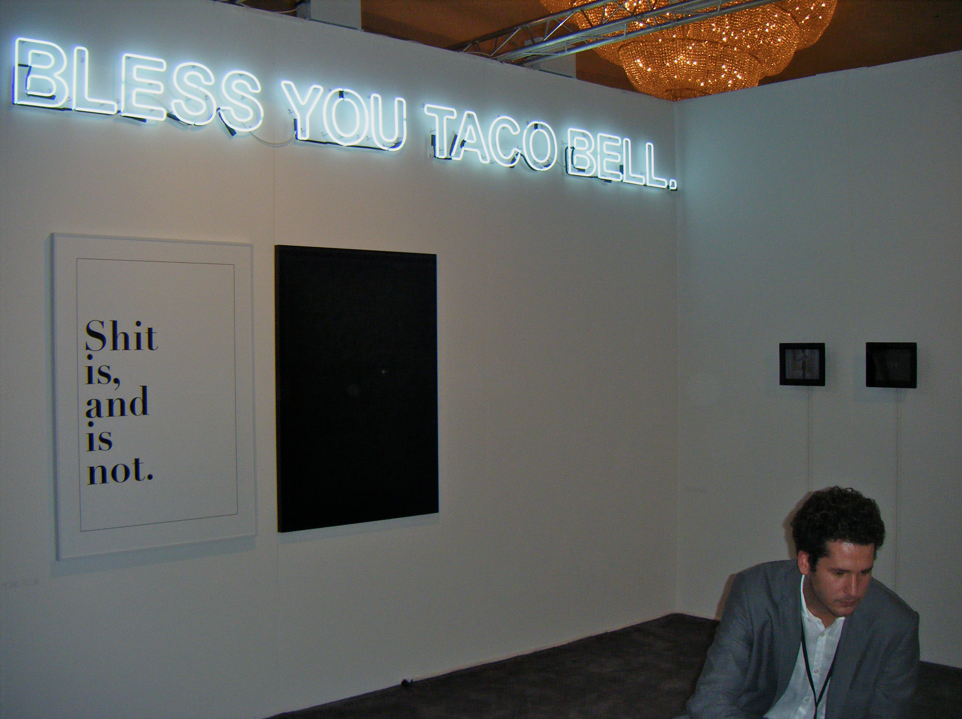 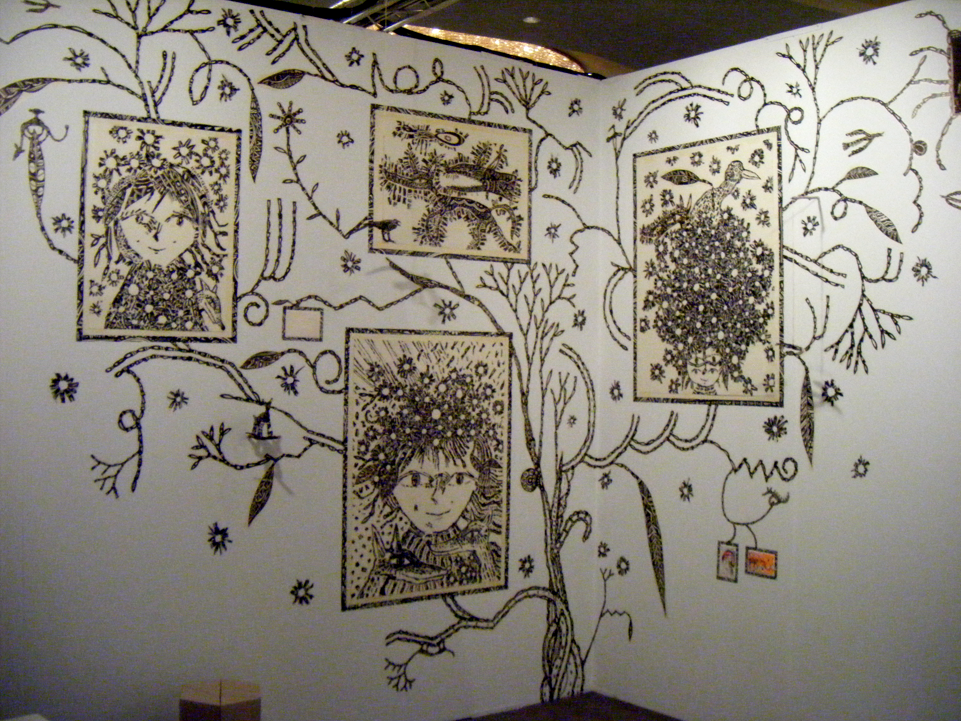 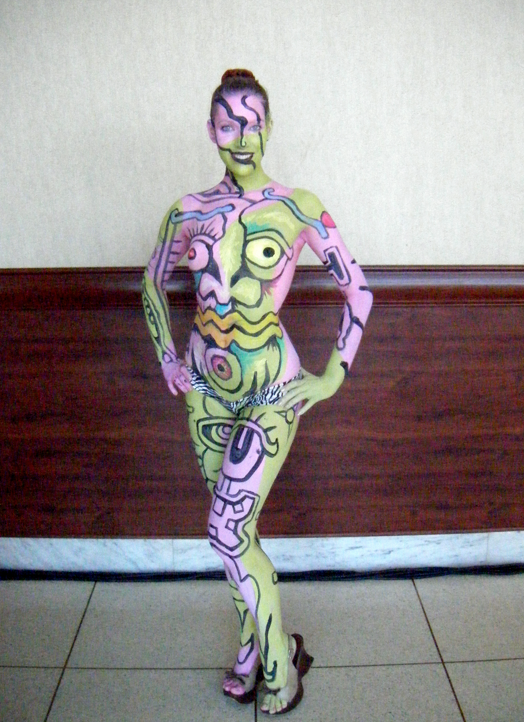 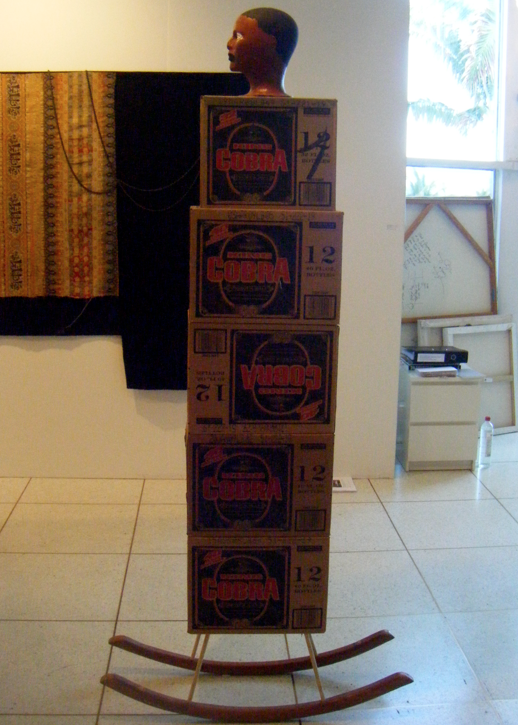 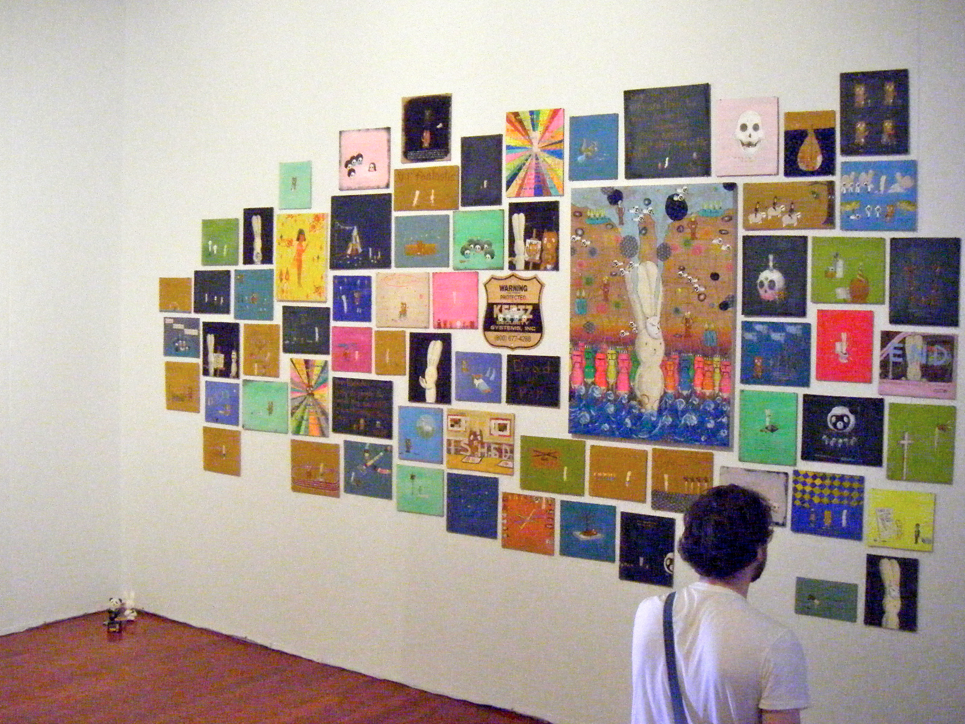 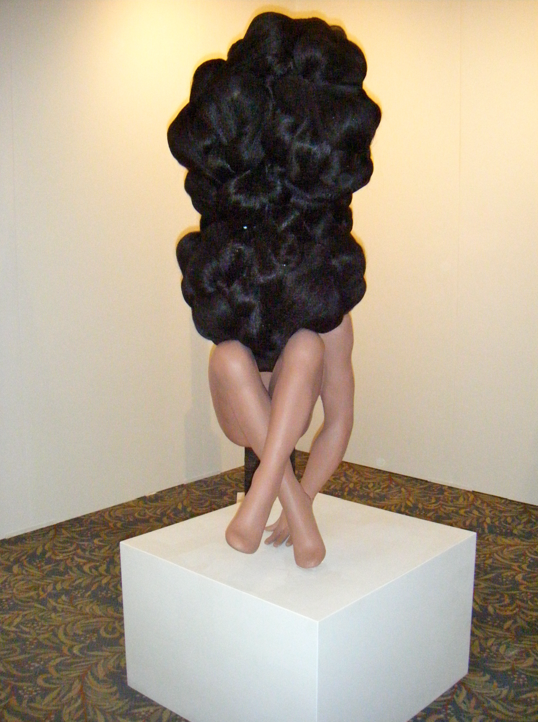 This entry was posted on Friday, December 4th, 2009 at 7:50 pm and is filed under Art News. You can follow any responses to this entry through the RSS 2.0 feed. You can leave a response, or trackback from your own site.