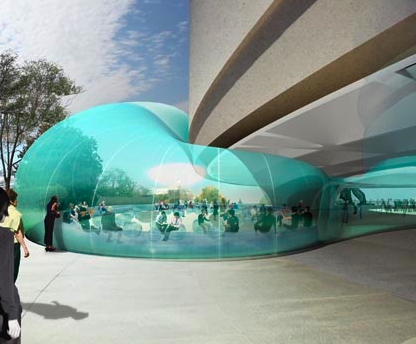 The Hirshhorn Museum with proposed “bubble” in Washington, D.C. via Washington City Paper

A high-tech, futuristic design for a meeting hall in the Hirshhorn Museum at the National Mall in Washington, D.C., is making headlines this week across the art community. The proposed “bubble” would constitute dimensions of 145 feet and swell out like a balloon from the primary structure, inflating during the months of May and October and collapsing for the duration of the year. Advocating for the design, Hirshhorn Museum Director Richard Koshalek insists that it will not detract from the museum’s most valuable possession: its art [Washington Post]. 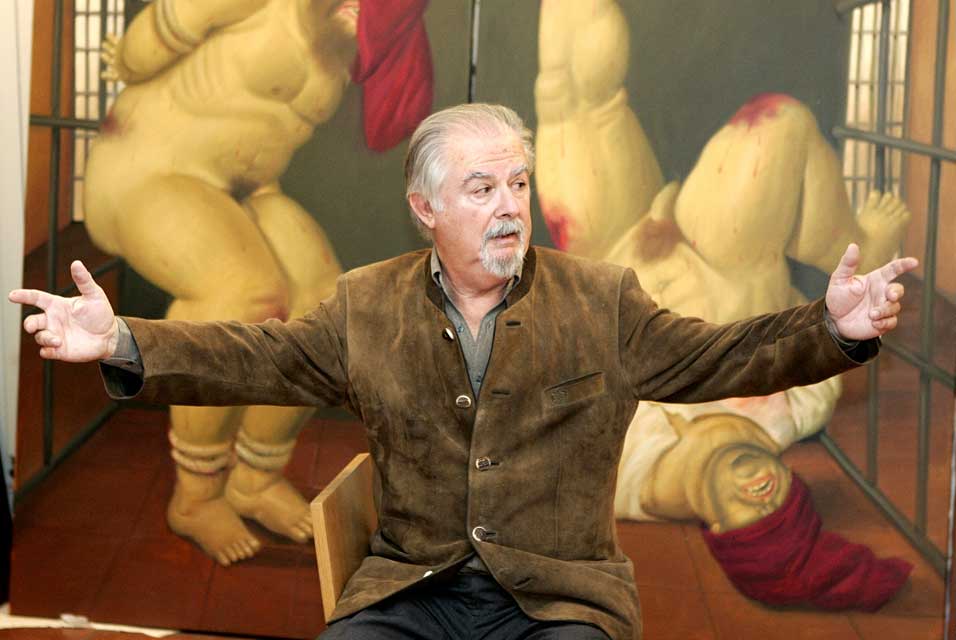 Fernando Botero criticizes the art awarded by the $50K prize bearing his name, and the administrators of the prize decide to cancel it as a result [ArtDaily] 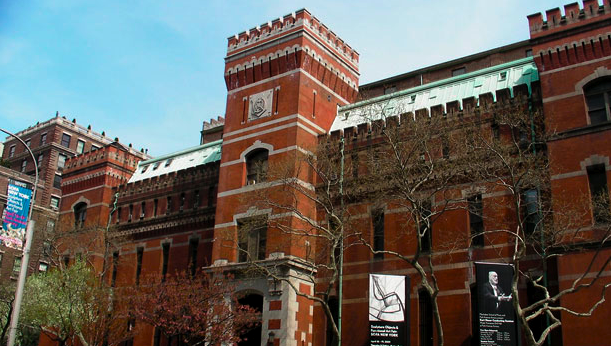 The Park Avenue Armory in New York via Art Info

The annual Works on Paper fair, slated for February 2010, has been postponed due to difficult economic times, the International Fine Art Fair may also be threatened [NY Times] 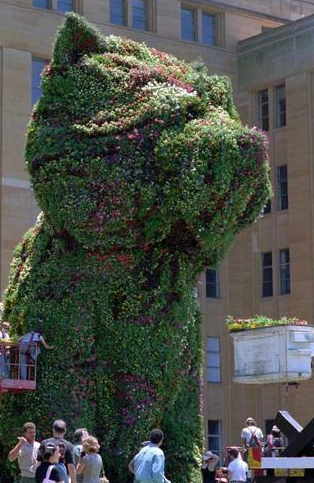 Jeff Koons’ Puppy (1992) being constructed in front of the Museum of Contemporary Art in Sydney, Australia via La Times 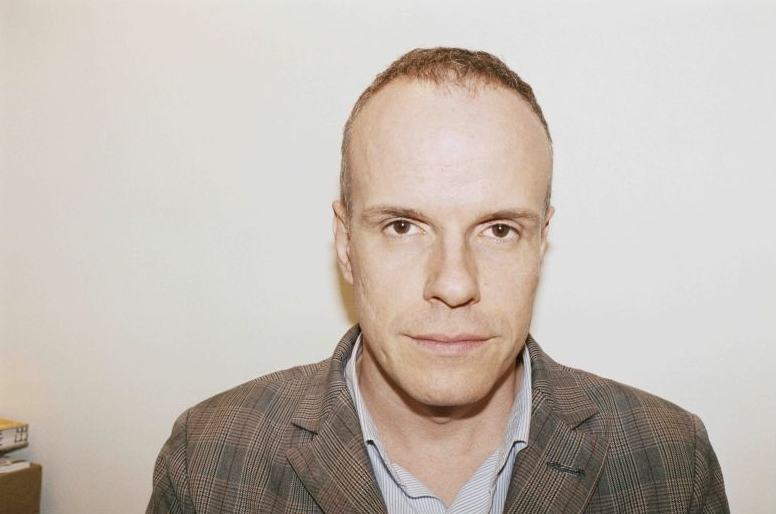 Matthew Barney will reportedly set his new film in Detroit, filmed by David Regan, the son of art dealer Barbara Gladstone, who represents him [ArtNet twitter] 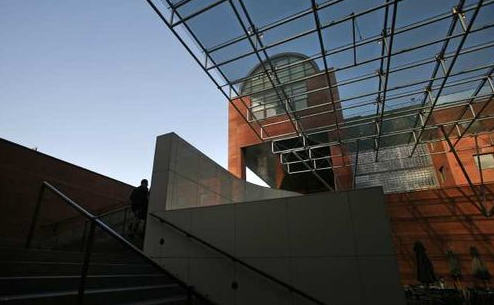 The Museum of Contemporary Art in Los Angeles via LA Times

MoCA, having suffered immense financial strain in the past year, has appointed three art world heavyweights to its Board of Trustees.   Art moguls Victor Pinchuk, Ukrainian billionaire and art collector; Peter Brant, art collector and owner of Brant Publications; and Steven Mnuchin, chief executive of OneWest Bank Group, will be joining the ranks of the elite museum coterie. [LA Times]

Art Fag City launches its annual fundraiser.  Support one of the art world’s most prolific and independent voices [AFC] 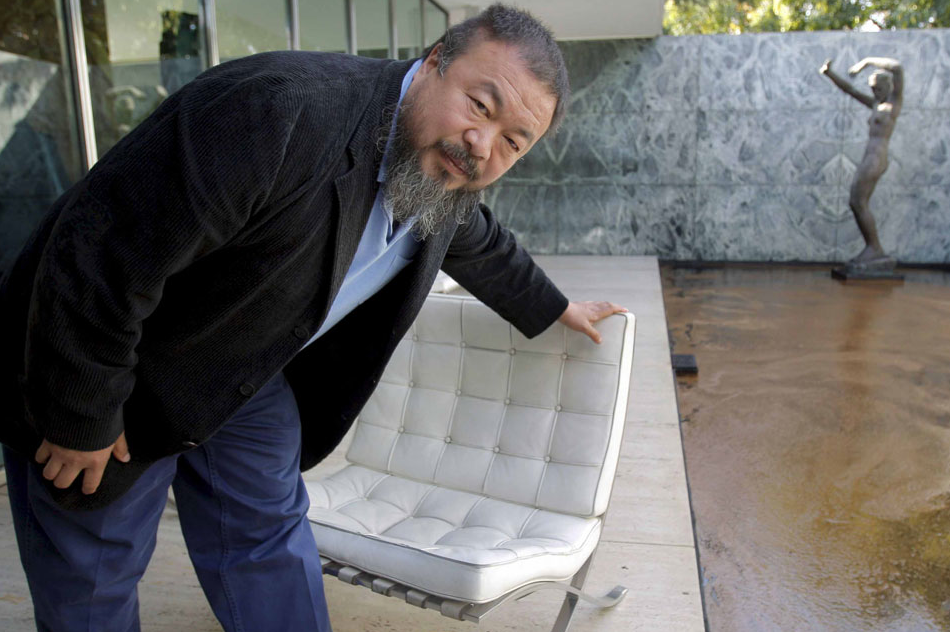 Ai Weiwei’s With Milk, Find Something Everybody Can Use transforms the Mies Van der Rohe Pavilion, as part of a series of contemporary installations, via Art Daily

As of December 2009, the controversial Chinese artist Ai Weiwei has undertaken a large-scale renovation of the Mies Van der Rohe Pavilion in Barcelona, converting its internal and external swimming pools to milk and coffee receptacles in a visceral exploration of metabolic functions [Art Daily]

Butt Magazine weighs in on Art Basel Miami Beach with a very Butt approach to coverage of the events: “Boring Sex and Bad Art” [Butt] 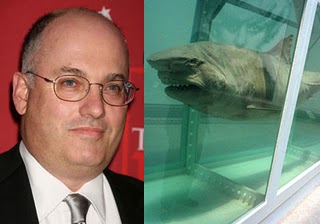 Steven Cohen and Damien Hirst’s seminal ‘The Physical Impossibility of Death in the Mind of Someone Living’  which he owns, via Art Athenaeum

Art Investment Advisers, the parent company of what was billed the first hedge fund for art, The Art Trading Fund, is set to liquidate this month following a two-and-a-half year stint [Financial Times] 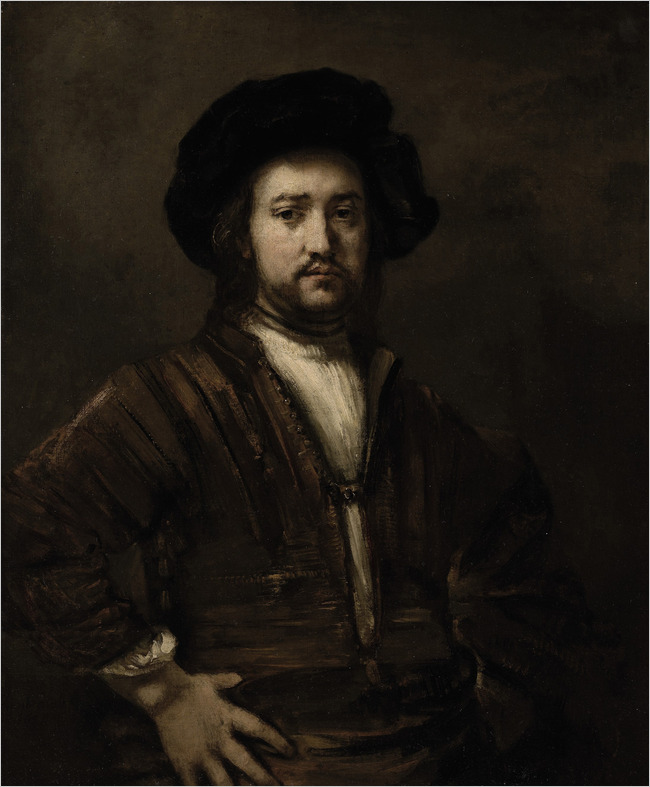 Rembrandt Harmenszoon van Rijn’s  ‘Portrait of a Man, Half-Length, With His Arms Akimbo’ via [NYTimes]

In related, The Economist reviews the Old Masters sales that occurred at Christie’s and Sotheby’s on December 8th and 9th [Economist]

This entry was posted on Sunday, December 20th, 2009 at 7:13 pm and is filed under Newslinks. You can follow any responses to this entry through the RSS 2.0 feed. You can leave a response, or trackback from your own site.